Dillon Maples Clears Waivers, is Outrighted to Triple-A Iowa, and Will Be a Free Agent After the Season Skip to content 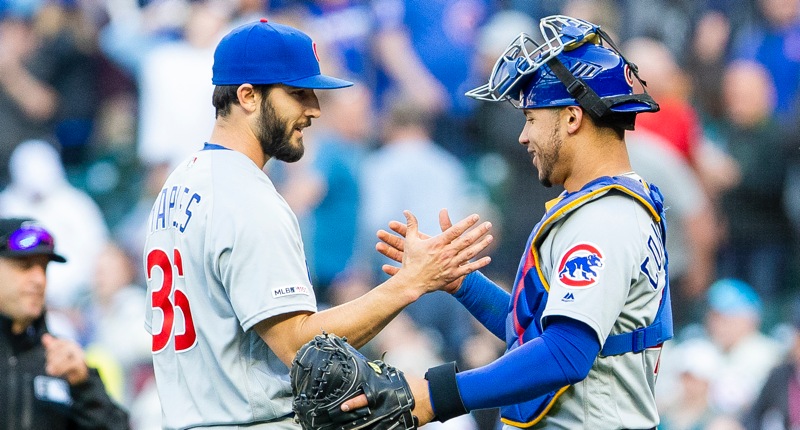 If you missed the news from this weekend, long-time Cubs reliever/enigma Dillon Maples was designated for assignment in a flurry of late-season moves. Today, Maples cleared waivers and was outrighted to Triple-A Iowa.

The move means that Maples is off of the 40-man roster, but remains in the Cubs’ organization for the remainder of the season. After that, he becomes a minor league free agent if the Cubs haven’t signed him to a new minor league contract by then. I suspect this is probably an ending.

Given Maples’ erratic performance and troubling peripherals this year, to say nothing of the frustrating years that preceded this one, it’s not surprising he went unclaimed on waivers. There’s not a huge reason to add him to your 40-man roster right now since (1) he won’t realistically contribute to a postseason race, and (2) you’re not realistically going to keep him on the 40-man all offseason anyway. So that’s why he cleared waivers.

Given Maples’ ever-dreamed-upon upside, though, I suspect he’ll be a heavily-pursued minor league free agent. He’s probably going to an above-minimum deal from an organization with a history for reclaiming pitchers with elite stuff, but who could never quite put it together.

Speaking of which … aren’t the Cubs one of those organizations? Well, yes, but they’ve now had nearly a decade to work things out with Maples and although there was always so much to like, it just never came together. I won’t begrudge the Cubs for decide to just let him go, and I certainly won’t begrudge him for wanting a fresh start in a new organization. And I wouldn’t be shocked in the least if he becomes a useful reliever elsewhere for a few years.

Maples, 29, got a huge signing bonus from the Cubs all the way back in 2011, and was something of a project ever since. It wasn’t until SIX YEARS after he was drafted that he finally broke out as a minor league reliever, flashing one of the best sliders the Cubs org had ever seen. Pairing it with a 97+ mph fastball, Maples went from High-A to the big leagues in a single season. But that’s where things stalled out, as he was an up-down guy for the next four years, never able to control – let alone command – his pitches well enough to consistently get out big league hitters. It was such a freaking bummer to watch, because you could tell how good the pitches were in isolation. But we know it takes more than that.

Hopefully Maples does figure it out elsewhere, though I’ll thank him not to do it with the Brewers or Cardinals or whatever.