Is Alec Mills Locked Into the Cubs' 2022 Rotation? How Much Do the Cubs Need to Add? Skip to content 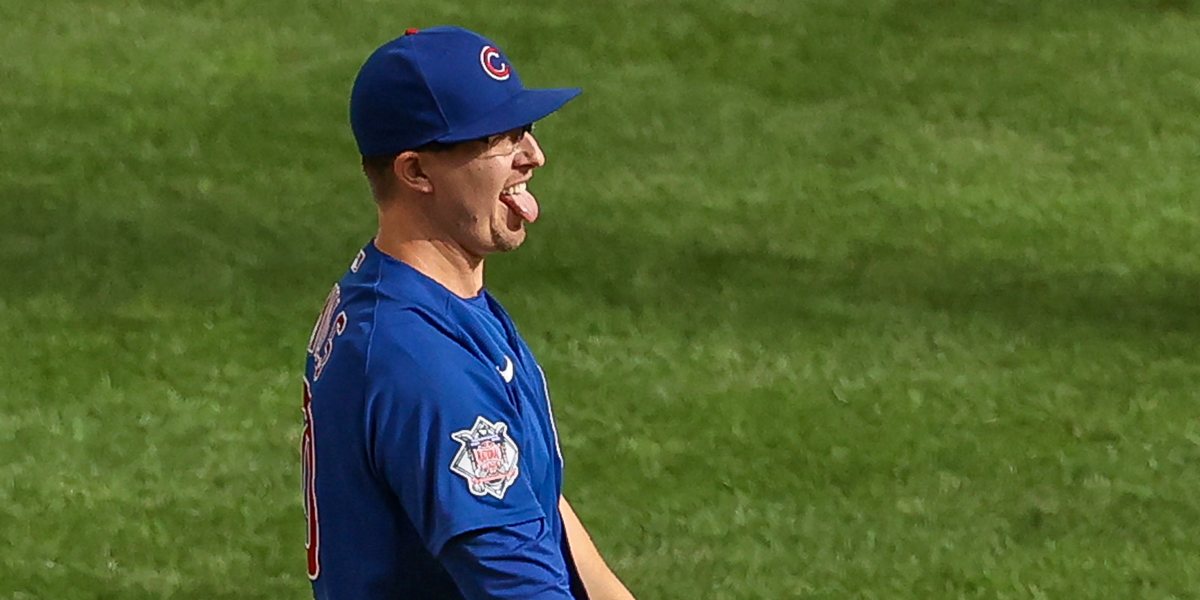 That was a rough night for Alec Mills, who is on a rough run now after a great stretch to open his 2021 rotation exploits. Mills’ season ERA has ballooned to 4.83, with a 6.34 mark in his last six starts.

Three of those six starts have been wholly unusable, and it’s probably closer to four (depending on how you land on that one scoring change). Everyone goes through rough patches like that, and we already knew the margin for error on command/control guys is smaller. Sometimes, Mills is gonna get HIT. But the hard contact, especially in the air, is creeping up right along with the walk rate (just like with Kyle Hendricks), which means the command is not where it needs to be. Mills will not have the velocity or the stuff to get away with any serious bouts of command trouble, so you’d like to see him sort it out before the season ends (unless you want to try to talk yourself into it being a fatigue/end-of-season thing, though that narrative is at least slightly more compelling with Hendricks).

Until this stretch, though, Mills had looked like a guy who took a step forward – especially against lefties – and could be an effective, lower-cost starting pitcher for the Cubs next year, when there are obviously significant rotation needs. I still think you wind up seeing him open the 2022 season in the rotation, and I am still basically fine with that as a 4/5. Maybe he winds up swinging in and out of the rotation, or maybe he sticks. Either way, I would like to see him get another 20+ starts next year at the back of the rotation.

Speaking of the rotation …

If you are not ready to anoint any of Adbert Alzolay, Justin Steele, or Keegan Thompson *DEFINITE* starting pitchers to open 2022, then you’re talking about the Cubs absolutely having to add at least three starting pitchers this offseason, and probably more like four or five, at least for some additional depth. It’s going to be a very tall task relative to be creating a competitive rotation. But you know you’ll need those three guys to make starts next year at some point, and behind them, there isn’t really much big-league-ready quality depth. So those guys have to be that depth. Which means adding more sure-fire options in front of them. (Lotta discussion about that on our latest ‘Onto Waveland’ podcast at The Athletic, by the way.)

To that point, a concurring comment from David Ross when asked about his expected starters next year, and who was penciled in (Cubs.com): “That’s a good question. I would definitely pen in Kyle Hendricks. I think Alec Mills has made a pretty strong case for a guy that you can count on and a reliable starter …. Maybe one of those three guys [Alzolay, Steele, Thompson] can fit in there somewhere. The experience they’ve gained this year, and having an offseason to work on things, and coming in and making an impression will be a nice thing we’ll have going into next year’s Spring Training.”

Sure sounds like Mills is ahead of Alzolay/Steele/Thompson, in terms of who is expected to be in the rotation next year. Again, I don’t really have a problem with that, because I am very confident that the latter trio will contribute to the Cubs next year, probably in a mix of relief appearances and starts.

But I don’t know how the Cubs could head into this offseason and eschew opportunities in free agency or trade because they are PLANNING on any of those three being sure-fire, full-season starting pitchers for 2022 (heck, maybe Mills, too). You want to provide chances for those guys to take a job and run with it, yes. But because they have shown they can pitch out of the bullpen already, and because you don’t want to leave yourself exposed to unnecessary rotation risks next year, there still have to be external additions.

So maybe that means you add … two sure-fire starting pitchers to lock into the rotation, and then another two or three reclamation/competition guys, who could emerge as real contributors, but wouldn’t block, for example, Alzolay from taking a rotation spot and running with it?

Play with the numbers however you want. I think we would all mostly agree, though that:

⇒ Mills is probably going to open the season in the rotation, and if he’s at the back, that’s fine.

⇒ Some of Alzolay/Steele/Thompson will make starts next year, and should be given chances to make lots of starts. But they shouldn’t be ASSUMED to be in the rotation as of this moment.

⇒ The Cubs need to add two or three more interesting/possible/upside/etc. starting pitcher types. Yes, it’s a whole lot of starters to add in a single offseason, but if they want to compete in 2022, it’s necessary.

⇒ The Cubs have to stay flexible enough to allow a guy to break out, but be covered enough not to open up disastrous gaps in the rotation (since the minor league depth behind this group is just not there yet).