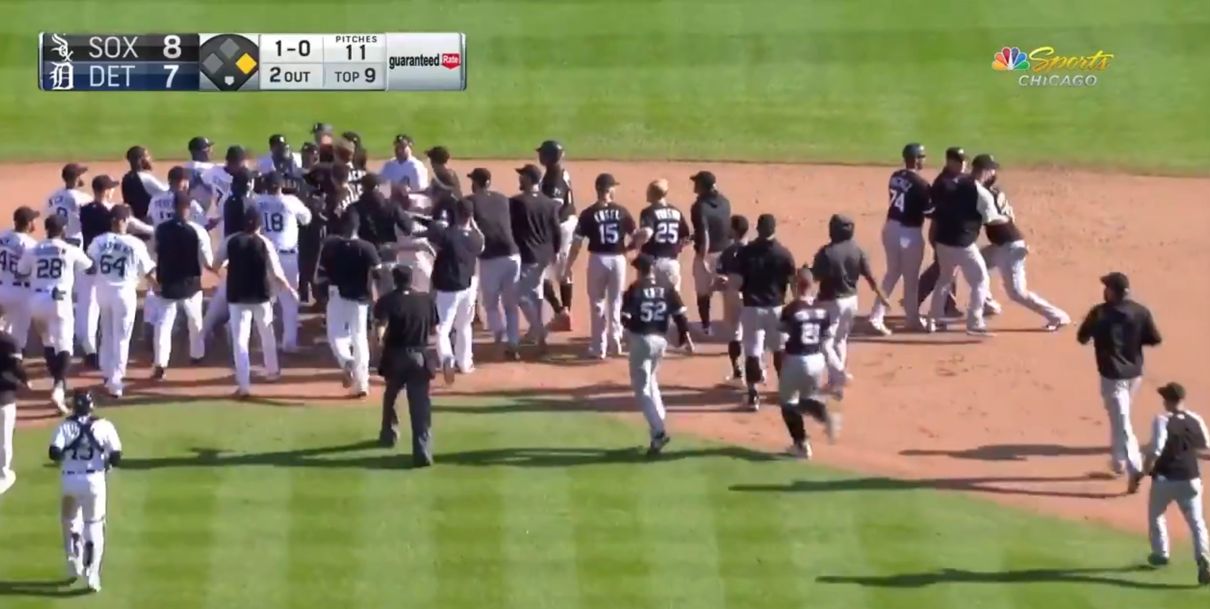 No Cubs game today, so if you want to enjoy baseball action, you’ll have to look elsewhere.

For example, in Detroit, where the Tigers and White Sox got into a rumble after a very late Jose Abreu slide. I really hate these kinds of slides, and I’m glad they are generally no longer a part of the game:

That’s really a bad slide right there, and most speculated that it was an intentional response to him being hit by a pitch to get on base in the first place. Yes, it was up and in, and yes, he’s allowed to be pissed about it. But I don’t love intentionally going in late and high at second base as a response. You can destroy a guy’s knee like that.

And the HBP wasn’t *THAT* bad:

I would like the rest of Major League Baseball to stop throwing at the White Sox. They have been hit 26 more times than they have hit anyone. Especially Jose Abreu.
pic.twitter.com/SvYgJEyDWd

Things apparently escalated there at second base because the pitcher, former Cubs prospect Alex Lange, got into the middle of it (presumably defending Niko Goodrum at second base).