Umpire Joe West Reportedly Plans to Retire After This Season (UPDATE: It's Official) Skip to content 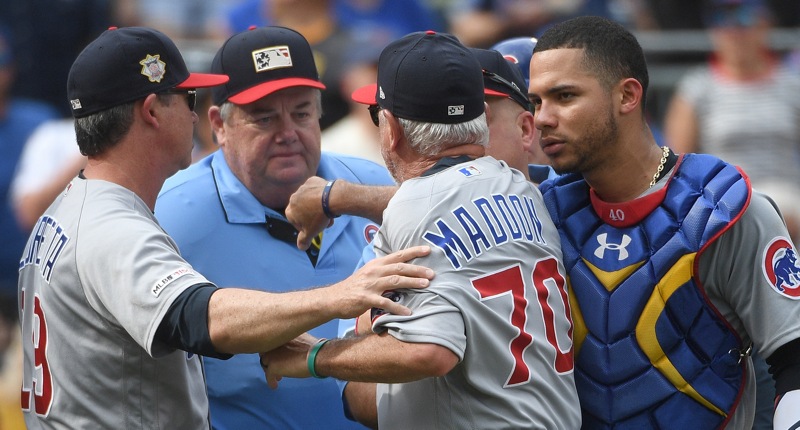 They say it’s not a good sign when you know an umpire’s name, so I don’t know what that means for Joe West, the most well-known umpire in all of baseball.

Country Joe set the all-time record for games umpired earlier this year, and apparently that’s enough for him:

Joe West on the plate tonight. He plans to retire after the season, so this could well be his last game at Fenway.

“Country Joe” can be combative. But he’s a good umpire.

While West’s umpiring was, at times, rather dodgy, he mostly became known for the things he did outside the normal balls, strikes, outs, and such. There was the CONSTANT fight-picking with players and managers, hat confiscations, hat ejections, COVID conspiracy theories, arm bands for umpires, a defamation suit about his generous strike zone (though he did win that one!), tossing a GM from the stands, and the Joe Maddon spin move:

West celebrated by having another great game:

Joe West called this a foul ball instead of a foul-tip third strike that was dropped on the transfer.

Although I can’t say I’ll be crying to see West go, I will admit that we might miss out on some of the madness from a distance. Joe West was wrong to make the story about himself as often as he did, but darn if it wasn’t sometimes fun to get mad about that story.

UPDATE: Joe West has confirmed that he is retiring after the season, officially submitting his retirement paperwork to MLB. He also confirmed that his plan was to break the umpiring record and then hang ’em up: “Breaking the record was the goal,” West told ESPN on Monday. “I thought I would do it last year but the season got a little messed up and I don’t think it was right to work until the point of the record then just quit.” Fine. Bye.

May his next umpiring gig be tied exclusively to his own decisions about how early is too early for dinner, and which CSI iteration to pop on the tube.