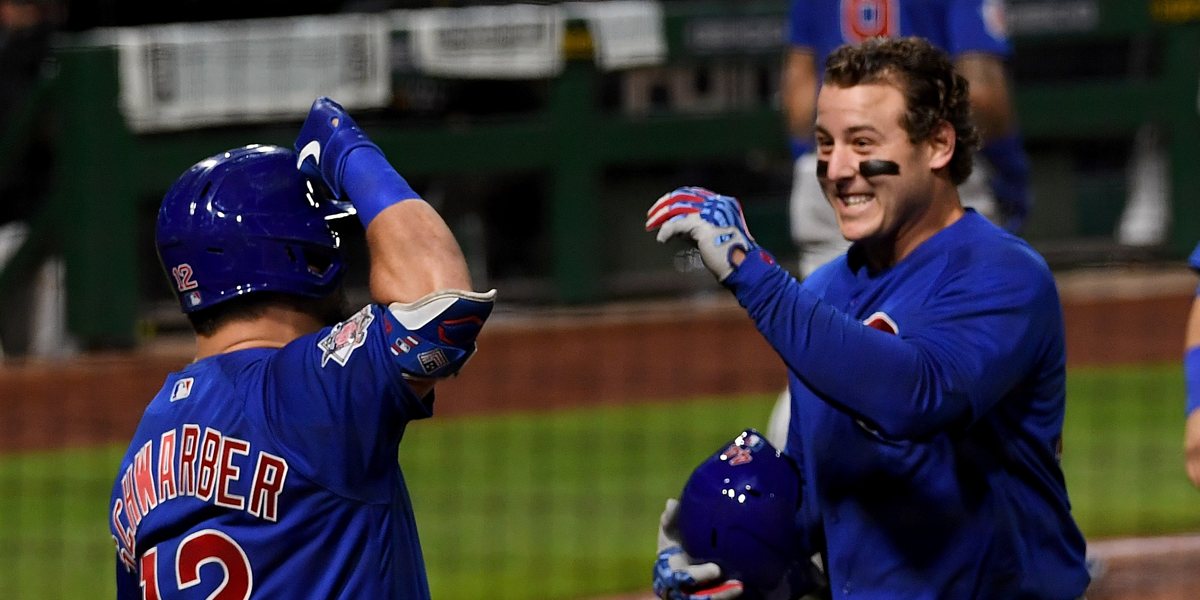 Postseason baseball is back tonight when the New York Yankees and Boston Red Sox rivalry is renewed at Fenway Park in a one-and-done AL Wild Card game. It’s all historical and stuff.

But this game has its fair share of Cubs tie-ins, including the leadoff hitters for each team tonight. This just feels like pure Cubs troll move, even though it’s just the teams doing their best to win:

The Red Sox drafted Anthony Rizzo, played the bulk of his career with the Cubs, won a World Series, and now he leads off tonight for the New York Yankees at Fenway (Greatest Leadoff Hitter of All-Time). On the other side of the card, you’ve got Cubs World Series hero Kyle Schwarber leading off for the Boston Red Sox tonight. And we can’t forget about former Cubs’ prospect Gleyber Torres hitting fifth and playing second base, and, of course, Aroldis Chapman in the bullpen for the Yankees.

Gerrit Cole, the Yankees’ $324 million ace and likely AL Cy Young Award winner this year, will take the ball for New York tonight. This season, Cole has made four starts against the Red Sox, going 2-2 with a 4.91 ERA. However, at Fenway, he’s 1-2 with a 6.19 ERA in three starts.

Nathan Eovaldi gets the ball for the Red Sox opposite Cole. Eovaldi is 2-2 with a 3.71 ERA in six starts this year against his former team. Eovaldi was a significant key to Boston’s World Series Championship in 2018. Here are a few other fun nuggets:

•  The Red Sox won the season series with the Yankees 10-9, but New York has won the last six against Boston.

•  Since the expanded Wild Card round was created in 2012, no one has appeared in the game more than the New York Yankees, who make the fourth appearance tonight. The Yankees lost to Houston in 2015, beat the Minnesota Twins in 2017, and beat the Oakland A’s in 2018.