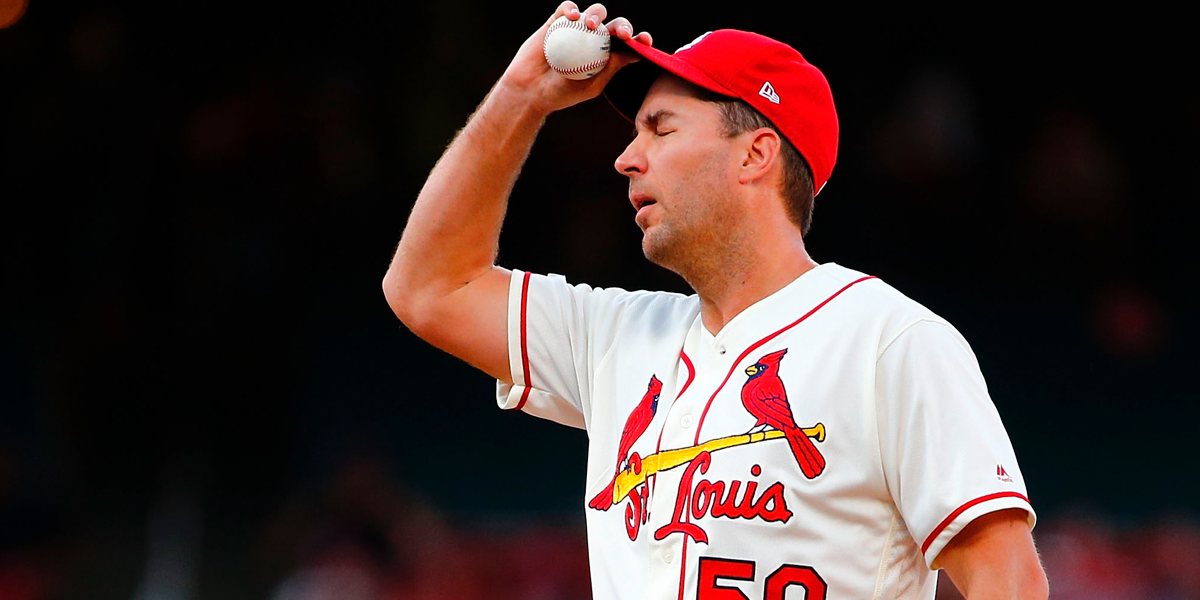 I haven’t watched the final episode yet, so I suppose it could go to crap from here, but whoa. ‘Midnight Mass’ on Netflix is gooooood. So good. It’s from the same guy who did ‘Haunting of Hill House’ (which was incredible) and ‘Haunting of Bly Manor’ (which was only so-so), and it has a similar aesthetic and atmospheric sensibility. If you think you might watch it, by the way, try to go into it with ZERO FOREKNOWLEDGE of what it’s about. I was lucky enough to know nothing, and I can absolutely say for sure that my watching experience benefited greatly from knowing nothing.

•   The St. Louis Cardinals won 17 games in a row as the season wound down, allowing them to – relatively handily – capture the second Wild Card spot behind the 106-win Dodgers. They did not, however, win the one game that mattered most. I don’t think anyone would have argued that the Cardinals were actually the better team, but the whole point of the one-gamer is that anything can happen. It was a close game, but the better team moves on, and now we have to suffer only the Brewers still in the playoffs.

•   The full highlights from the game:

•   The Dodgers will face the Giants in the NLDS in their first ever postseason match-up, not unlike when the Cubs and Cardinals faced each other in the NLDS back in 2015, the first postseason match-up between those rivals (a series won by the Cubs (in four games (remember the Schwarboard shot? That was cool))). It’s a little silly that the 107-win team has to face the 106-win team in the NLDS, but that’s how it is without re-seeding. It’s silly that the 91-win Blue Jays didn’t make the postseason at all, but hey, that’s the setup for the sport with the smallest playoff field.

•   As for the Cardinals loss, I see a number of fans out there ripping manager Mike Shildt for relying on Alex Reyes in the 9th inning when he otherwise had, for example, Jack Flaherty available. Cubs fans recall Reyes blowing multiple games this year – it was fun! – but he did have pretty good numbers overall. It’s just that he did two things that you really don’t want out of a back-end reliever: issued a ton of walks (16.4%(!)), and gave up a lot of homers (1.12 per 9). So when Reyes blew the game by virtue of a two-out walk and then a two-out homer, well, I can get why Cardinals fans are pissed this morning.

I know it can feel good to revel in the heartbreak of a rival, but the Cardinals pulled off an incredible run to even get to the WC Game as there's a deep drive into left field by Chris Taylor and that'll be a home run. And so that'll make it a 3-1 ballgame. #CardinalsLose

•   Longer term, I still don’t know what the Cardinals have in Reyes, by the way. The once-uber-prospect is now 27, has missed so much time with serious injuries, and might just be a guy who has killer stuff, but absolutely no control. You can be a useful big leaguer in relief with that makeup, but you might not be all that trustworthy in high-leverage. The Cardinals will get Jordan Hicks back next year, but, like Reyes, who knows what he’s going to be like after so much time missed to injury. Maybe he’ll be great. And maybe Reyes gets better. And maybe every injured starting pitcher comes back strong. And maybe Wainwright and Yadi have one last good year in them. And maybe O’Neill’s second half is for real. And maybe Arenado and Goldschmidt are great, albeit a year further into their 30s. I see questions all over that roster – irreplaceable questions – but I don’t rule anything out when it comes to the Cardinals.

•   Jon Lester is a free agent again, by the way. Now we wait to find out whether his start at Busch against the Cubs in the final series of the year was actually the final start of his career.

•   Today’s slate of games is all ALDS, and has the Astros hosting the White Sox at 3pm CT, and then the Rays hosting the Red Sox at 7pm CT.

•   I figured this would be a big one, given the teams involved:

The AL Wild Card between Yankees-Red Sox is the most-watched ESPN MLB game since ‘98. The game telecasts across ESPN and ESPN2 averaged 7.7 million viewers, according to Nielsen. The game peaked with 8.4 million viewers from 10:15-10:30 p.m. ET.

•   Someone is leaving the ESPN Sunday Night Baseball booth, though it might not be your first draft pick if you were bouncing dudes. Per the New York Post, Matt Vasgersian has decided he’s all done with ESPN. Alex Rodriguez, however, is expected to remain. Insert whatever comments you choose there.

•   As for Vasgersian’s replacement, the Post mentions Karl Ravech, Jason Benetti, Michael Kay, Ryan Ruocco, and Dave Flemming as possibilities, together with Cubs play-by-play man Boog Sciambi. There would presumably not be an impact on Marquee either way, as Sciambi already stepped out periodically throughout the year to participate in ESPN broadcasts (indeed, he was calling the game last night on ESPN Radio).

•   Which reminds me to drop a comment on Boog’s first year behind the mic with the Cubs: it was fine. The thing that I think some folks are forgetting, when they compare Boog now to Len Kasper of his last few years with the Cubs (the years most in their memories), is that Kasper’s ability at that point was the product not only of his own considerable talent, but also having been around the Cubs – and the production, and the fans, and the booth partner – for years and years and years. I have no doubt that Sciambi will settle in more in the years ahead, and his unique ability to be thoughtfully playful will show more (which, well, I guess that won’t be for everyone, but I’m a fan). And his “calls” will become more organic as his connection to the team deepens. It’s just kinda the way this goes. I thought it was a successful first year.

•   As previously rumored, it is now confirmed: Jayce Tingler has been fired as manager of the Padres. He gets to be the fall guy for the team’s unbelievable fade in the second half (actually, it started way before that, but it just got much worse from there). I still have mixed feelings about the Padres situation, because I think they did make some questionable moves, but I also appreciated that they were really going all out for it. Plus, I don’t really hate the Padres, so I’m not taking joy in their suffering. Where they go from here, though, is a huge question, and I don’t know that a new manager fixes everything. They have upwards of $180 million already on the books for 2022 depending on arbitration raises, and I’m not sure how ownership allows them to add a ton more long-term money, all things considered. The Cubs should definitely leverage the situation to “buy” some prospects from the Padres (i.e., take a bad contract in exchange for getting some prospect talent). Just sayin’.

•   Oh, but by the way, Padres President A.J. Preller kinda made it seem like Tingler was the entire problem – emphasis mine:

“Jayce accomplished a great deal in his two seasons with the Padres, leading our team through an unprecedented pandemic and into the postseason for the first time in 15 years,” president of baseball operations A.J. Preller said.  “I have tremendous respect for him as a coach, colleague and friend.  After much thought and consideration over the last several weeks, we felt change was necessary at this time to ultimately reach our championship potential in San Diego.”

•   I have to note it, mostly because I want to say something about it. Justin Fields, QB1. It’s official, and it was the correct decision. Now for the many, many hiccups and fits and starts that come with a rookie QB on a mediocre team. I’m sure I’ll be cursing myself in a few years, but this just feels very different to me than when Mitch Trubisky was handed the keys four years ago. Fields actually has so much more starting experience, and the throws … they just look different. It took Mitch multiple years to accumulate as many “oh my” throws as Fields put up in a single game. To be sure, the Lions probably suck, and that cannot be ignored as a factor in how he looked last week – but the arm is clearly so legit. OK. Enough said on that, because the struggles will come, especially against a very tough slate of upcoming games. But I’m so stoked for the future.

•   For the Bears and OS fans among you, we got a discount set up through tonight:

In celebration of the Bears new QB1, we got our friends a @obvious_shirts to knock 5 bucks off each of these shirts! Just use the code BNBEARS. Free shipping, too. Ends tomorrow night, so jump on it: https://t.co/RVKZfaEfWC pic.twitter.com/BFOd5uDQhw

•   It sure would be nice if Ball works out extra well, since the whole BS tampering thing is going to cost the Bulls a draft pick: 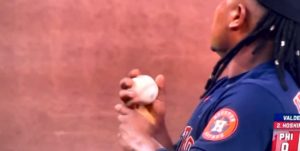