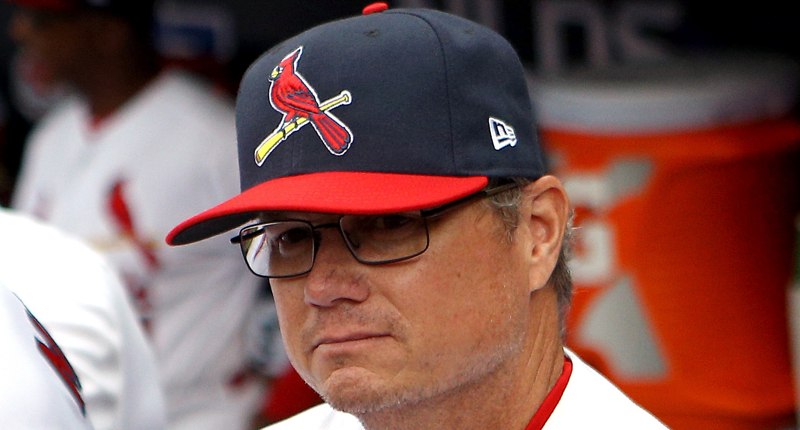 I don’t think anyone – Cardinals-connected or otherwise – saw this one coming. Which makes me think there’s gotta be something going on under the hood.

Mike Shildt is out as manager of the St. Louis Cardinals, sources tell ESPN.

Speaking as a Cubs fan who has been observing from the outside, it seems like Shildt has generally put his roster in a position to succeed, including the incredible second-half run this year that took them to the Wild Card Game. Then again, maybe management felt the roster was so well-constructed that the outcome was nevertheless disappointing? And it’s not like I necessarily felt he was always out there saying the right things or making the right decisions. I’m just a little thrown here.

Shildt, who had worked his way up through the Cardinals’ system for over a decade before the got the managerial gig in 2018. The Cardinals made the postseason the last three years.

More on this soon, including what precipitated the decision, and what will suddenly be a very important NL Central managerial search.

UPDATE: There’s going to be a press conference today to announce the decision? On a postseason day? That makes me wonder all the more what exactly is going on.

UPDATE 2: It’s already being discussed, and man, there is CLEARLY more to this story:

John Mozeliak: "After a successful 2021 season, we have determined that we have a philosophical difference in the direction our major league club is going. We have decided, at this time, that it is best for us to end our partnership with Mike Shildt."

Cardinals president John Mozeliak said he fired manager Mike Shildt earlier today due to a “philosophical difference” in the direction of the team. “We decided internally it would be best to separate now,” he said, even though Shildt had one year left on his contract.

Mozeliak: "All I can say is where we felt the team was going, we were struggling to get on the same page."