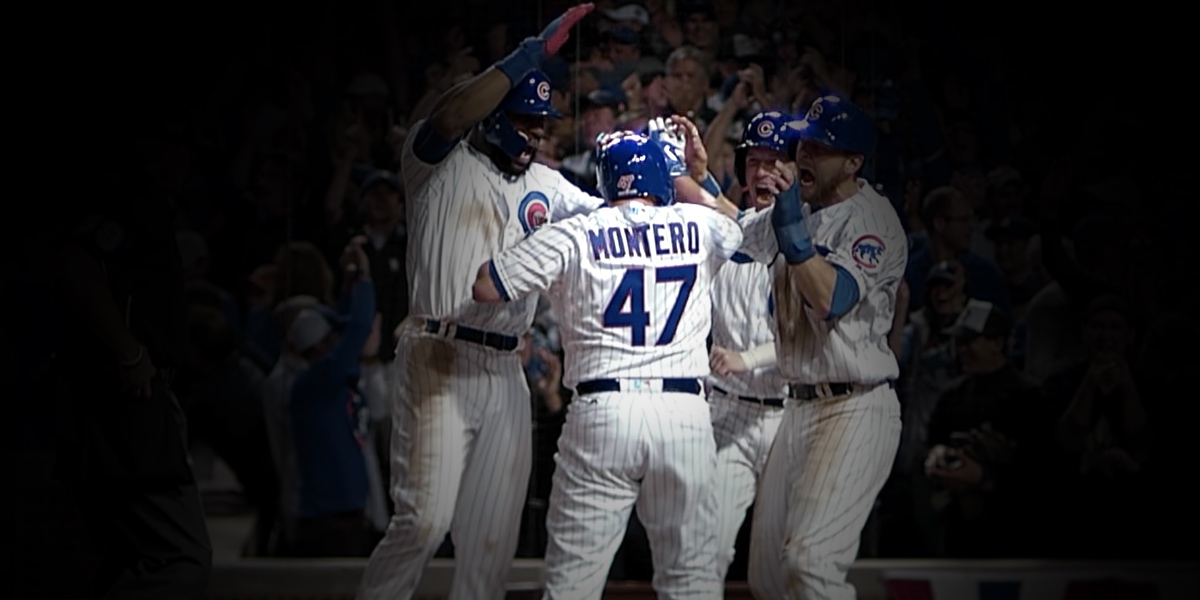 You know the moment well, but there’s never a bad time to remember the grand slam that put the Cubs up late in Game One of the 2016 NLCS against the Dodgers:

In celebration of the greatest, loudest, most-foundation-shaking home run in Chicago Cubs history, Cubs Productions put together a fantastic breakdown video of Miguel Montero’s NLCS Game One Grand Slam. If you’ve not seen it before, enjoy it tonight – hear from the men themselves, in depth, about how it went down:

As we’ve mentioned before, and is discussed in the video, it’s truly incredible to remember how Montero almost didn’t even get a chance to bat at all. He really wasn’t even supposed to bat because he’d just gotten an epidural a couple days before. He was available to actually hit only in an emergency.

With Aroldis Chapman already in the game, the Dodgers were willing to load the bases with two outs to bring Chapman’s spot to the plate (which they didn’t have to do), so Chapman was gonna be out of the game when Joe Maddon pinch-hit Miggy … but Maddon did that expecting that the Dodgers would then go to a lefty, and then Maddon was going to pinch-hit Willson Contreras. But Dave Roberts decided instead to leave Joe Blanton in there, and Montero’s fake AB became a very real one. And the rest is history.

That history, of course, includes Dexter Fowler’s back-to-back shot that almost nobody in the dugout even saw because they were still celebrating. I remember being at Yak-Zies across the street from Wrigley and almost nobody in the PACKED bar noticed the homer either until they saw Fowler jogging the bases. It was like … “Wait, what just happened? I was BUSY SCREAMING!”