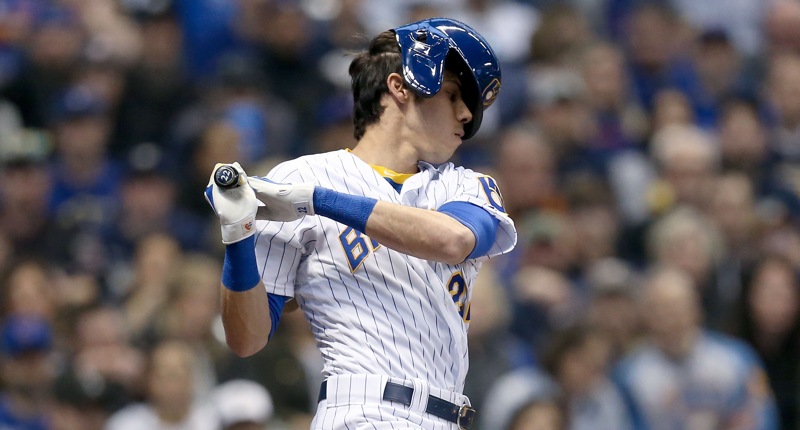 This is pretty funny (and it reminds me, in a way, of SportsCenter’s relationship with the East Coast teams since forever):

The #Braves are playing too. https://t.co/cqEN15JE6Z

Let’s get into some news from around the league …

Andy Haines Is Out:

Hey, speaking of the Braves … the way their pitching staff stifled the Brewers offense in the NLDS (just six runs over four games, including two shutouts) may have accelerated the wheels of change. The Brewers have fired hitting coach Andy Haines (former Cubs assistant hitting coach) after three seasons in the job. From what I recall, Haines has been a well-respected hitting coach throughout the league these last three seasons, but perhaps the combination of Christian Yelich’s dramatic decline at the plate and three straight, lifeless postseason exits added up. 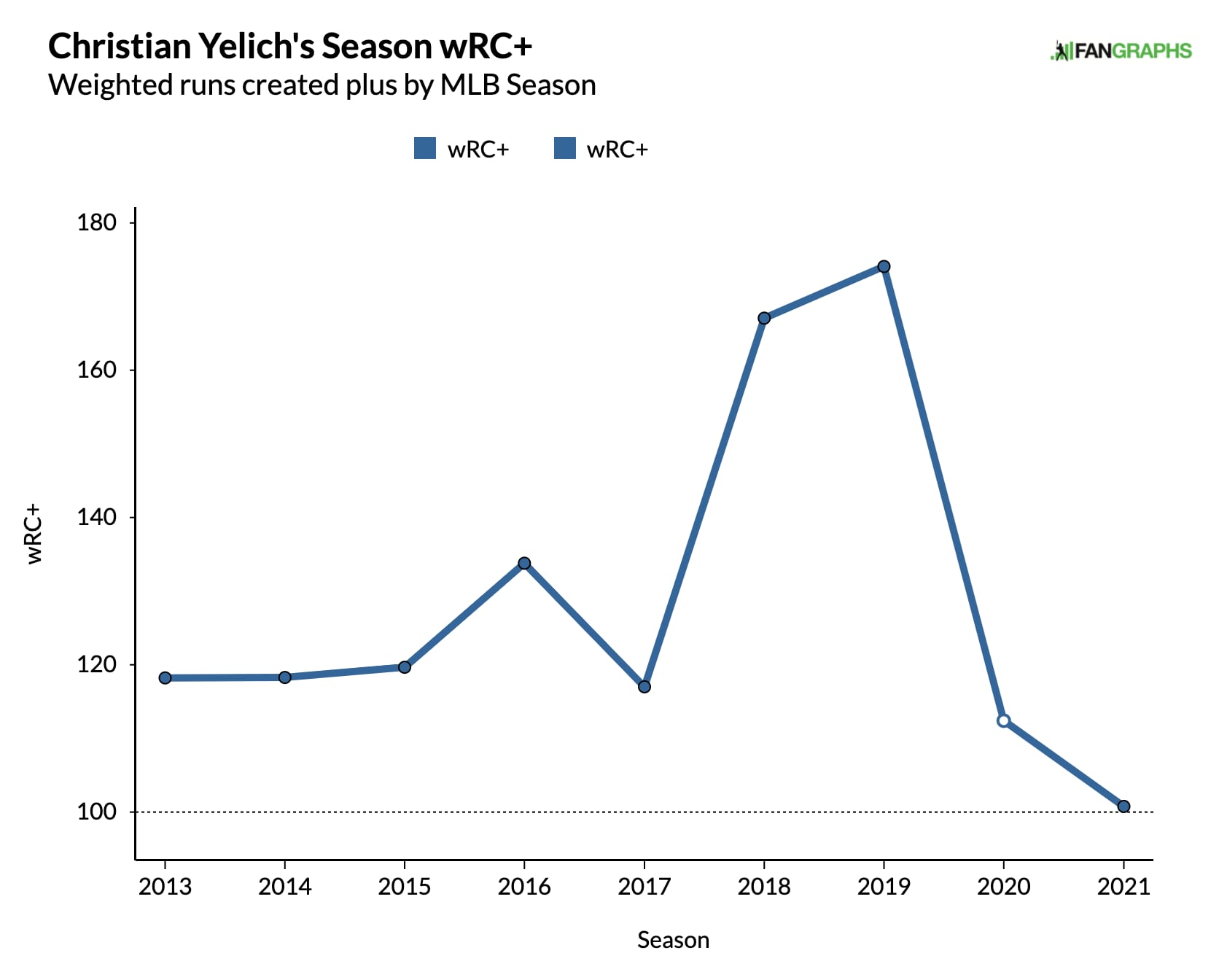 Brewers President David Stearns was asked specifically about Yelich, but predictably replied that he doesn’t “think [firing Andy Haines] has anything to do with one particular individual or one particular factor.” For what it’s worth, the Brewers had one of the highest strikeout rates and the 8th lowest wRC+ in MLB this season (one spot worse than the Cubs, as a matter of fact).

Haines’ assistant hitting coach, Jacob Cruz, has been notified that he is now free to pursue other opportunities while the club conducts a search for Haines’ replacement. Cruz was the hitting coach for the Cubs Double-A affiliated Tennessee Smokies back in 2017 and 2018.

I’ll remind you that the Cubs have moved on from their own hitting coach, Anthony Iopace, and while we can argue whether Haines or Cruz are the right candidates for a Cubs job, it certainly wouldn’t hurt to pick their brain a bit about how things are going over there in Milwaukee and how they feel certain hitters were being attacked successfully and why. Just sayin’….

Even despite some cautious optimism over a new CBA in early January, the threat of a player strike or owner lockout (that extends into the regular season) is very real and not at all unprecedented. If either were to happen, Major League Baseball would be put on pause. But what about the minors?

Well, as a matter of fact, for Minor League Baseball, the show would go on! Mostly. Aside from the minor league players currently on their team’s 40-man roster (who are thus members of the union and therefore expected to honor a strike if it goes down, or would be locked out if the owners went that route), everyone can still play.

For the Cubs, that would mean anyone on this list (most notably: Miguel Amaya, Brailyn Márquez, Anderson Espinoza, and Alexander Canario, among others added in November) would not be allowed to play, while everyone else in the Cubs organization could. So that’s a bit of a bitter-sweet outcome, if you ask me, given the status of those prospects, in particular.

There’s also a chance the negotiations impact the Rule 5 Draft, but from what I understand it *could* still go on, even if free agency and other events (such as the next IFA period) are officially paused.

We got a lot of questions about this so here's an Ask BA explainer: What happens to the minors if there is a lockout/strike when the current MLB CBA expires?

(And what happens to the Rule 5 draft?)https://t.co/ojF9vPUIzT

Mets Search for a President Continues

The Mets initial trio of dream presidents (Theo Epstein, Billy Beane, and David Stearns) was a real shoot-for-the-moon wishlist, and predictably, all three have removed themselves from the running (well, the Brewers denied Stearns the permission, but they could have just been covering for him).

And with all props to Brittany Ghiroli’s piece over at The Athletic, I don’t really understand even the rhetorical use of questioning “why a job leading this big-market team with deep pockets doesn’t seem to be as desirable as it ought to be.”

Why isn’t it desirable? Well, maybe because the Mets are just as big of a mess as ever. They’ve been burning through executives due to allegations of sexual harassment and DWI, they missed the postseason entirely after big expenditures in both dollars and prospects over the past year, their restless fanbase can be quick to turn on top players, and their new owner, Steve Cohen, has certainly lost the charm of his first few months with questionable comments about his own players and staff (… and internal sources for news stories?) on Twitter. It’s a mess.

Billy Beane summed it up well, even if he didn’t quite mean it the way I choose to take it:

Billy Beane opens up on why he withdrew his name from the Mets' president of baseball operations search (via @martinonyc)https://t.co/GVS6N39EtW pic.twitter.com/nadBy0SGM9

The Mets will get someone, and he/she’ll probably be plenty qualified. But I do wonder if *any* truly top candidates answer the call. My guess is it’ll be someone with less experience, taking advantage of an opportunity that probably wasn’t expected to fall to them. “Executives value three things: money, years and autonomy,” said one high-ranking baseball official to Ghiroli. “Will they get that there (in New York)?”

As the Mets continue their front office search, Rays vice president of baseball development Peter Bendix is on their radar.

Bendix has been in the Rays organization since joining them as an intern back in 2009.

•   Carlos Carrasco has had a very solid MLB career, but injuries and lost time have added up. Most recently, he had surgery to remove a bone fragment from his right elbow. But he is expected to be ready just around the time Spring Training starts. The Mets owe Carrasco $12M in 2022 with a $14M club option ($3M buyout) in 2023.

Carlos Carrasco is expected to be ready at the start of spring training or shortly thereafter, potentially delayed a week or so, a source said.

•   Are you STILL looking for more of explanation on the sudden and unexpected firing of Cardinals Manager Mike Shildt? If so, Kevin Goldstein (FanGraphs) has some additional insight – both general and of the Cardinals internal workings, that you might find interesting.

•   Oh, and hey, he also has a Q&A for you to peruse, including some thoughts on new Cubs GM Carter Hawkins, the Giants efforts to re-sign Kris Bryant, and more.

Juan Soto is gonna give the Nationals and Scott Boras heart attacks pic.twitter.com/xsbcJZ0uBm