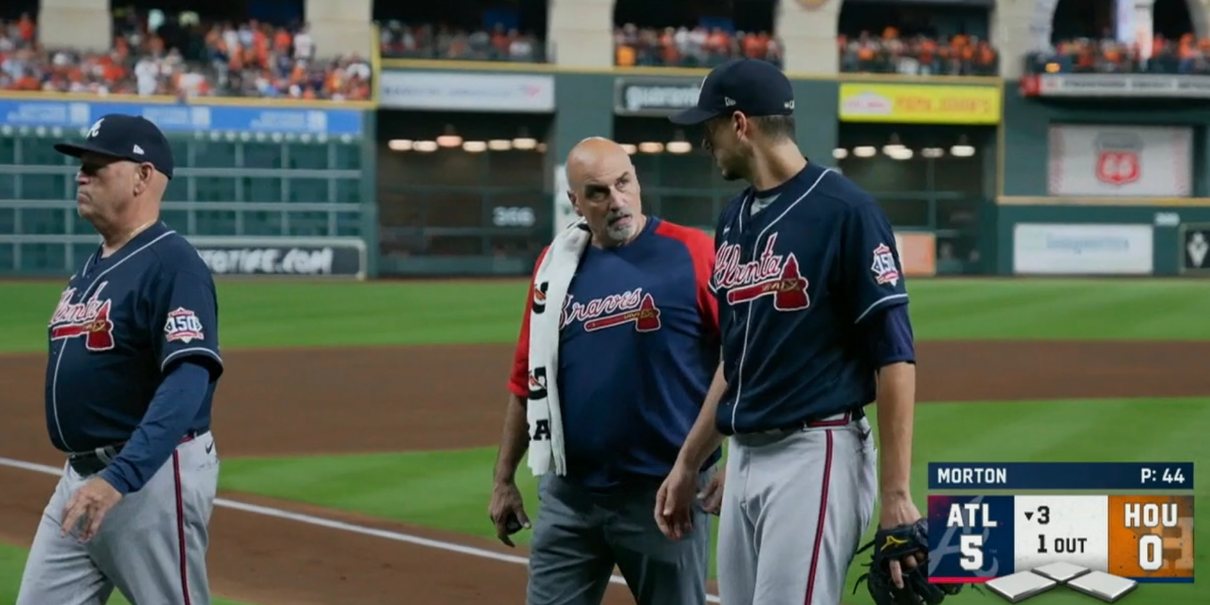 When Braves starter Charlie Morton took a comebacker off of his shin last night in the Braves’ Game One win, he covered first base with such ease on the ricochet that I figured he must have been fine. And then he finished that inning, and came back out for another batter the next inning. Yeah, he’s probably fine. Maybe uncomfortable. But fine.

NOPE. The guy BROKE HIS LEG on the play and he was still out there throwing 16 more pitches. He struck out Jose Altuve to finish his night. On a broken leg.

ICYMI | Charlie Morton struck out Chas McCormick, got Martin Maldonado to line out and struck out Jose Altuve pitching on a broken leg 😳 pic.twitter.com/GZOBjn2vM9

He did it ON A BROKEN LEG.

Morton, 37, got an x-ray between innings there, but it showed no break. Only after he came back out, struck out Altuve, and left in pain did the fracture in his fibula show up. He’s now out for the rest of the World Series, obviously, and it’s a blow to a Braves team that has already lost so many key contributors. There will have to be some additional bullpen coordination, I expect.

Morton signed an extension with the Braves earlier this year, so he’ll be back in Atlanta for $20 million in 2022. He should be healed up in plenty of time for that.