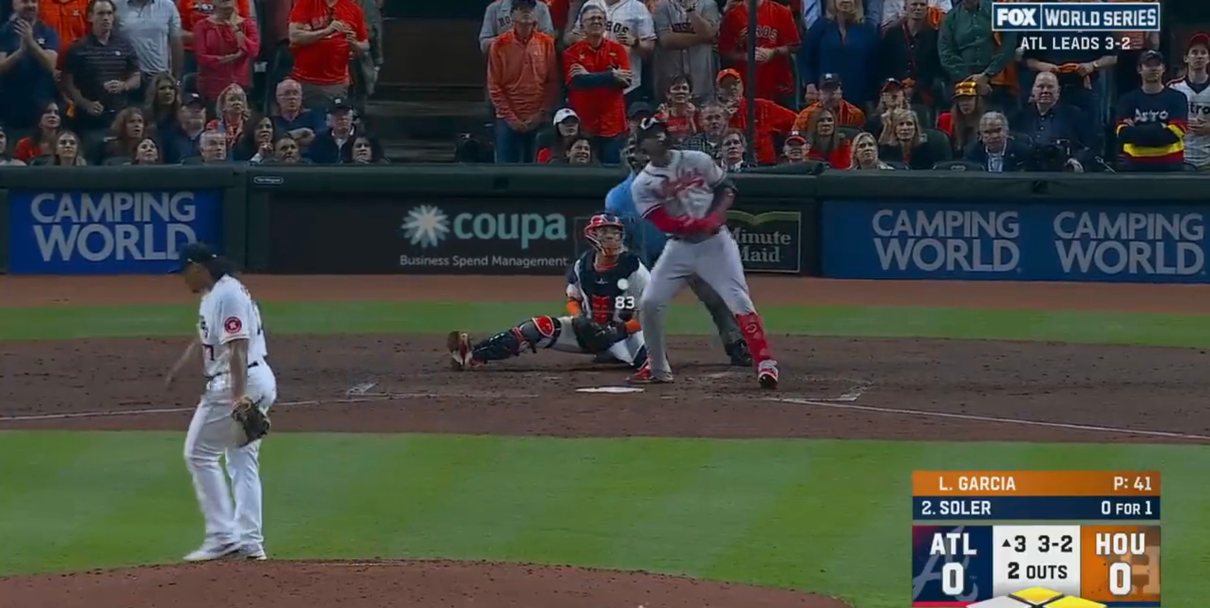 Jorge Soler just destroyed a baseball, so much so that I would be tempted to share it purely for the licentious joy of observing it again.

But it was also a critical three-run homer, early in a potentially-decisive World Series game. So, yeah, it’s pretty watch-worthy:

Statcast registered that one at 109.6 mph off the bat and 446(!!!) feet out to left. Over the train tracks. Out of the state. Into the atmosphere. And so forth.

That shot, especially if the Braves make it stick from here, may have just won Jorge Soler World Series MVP honors in a series that otherwise didn’t have an obvious winner. Another view:

Hit it to another Soler system. 😱 #WorldSeries pic.twitter.com/9vZyThzo9R