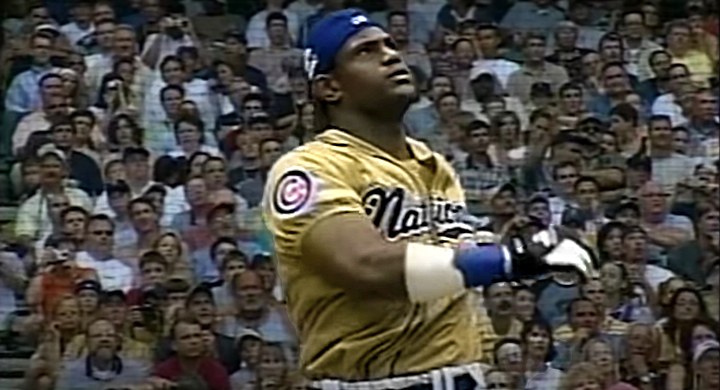 Since Sammy Sosa is on the minds of many today – it’s the former Cubs slugger’s 53rd birthday – I was thinking back to some of my favorite Sosa moments with the Cubs. Look, I know that a lot of it is now subject to dissection and unhappiness among some quarters of the fan base, but the things he did (juice or no juice) were frequently just nuts.

To that end, I’m going to sit here and watch the highlights from Sammy Sosa’s 2002 Home Run Derby appearance in Miller Park, which was an absolute joke. You know the park well (even if it’s got a different name now). You know how impossible it is to hit the ball some of the places he hit it … and he did. It’s just joke shot after joke shot. He hit FIVE of them over 500 feet.

It makes me smile today: