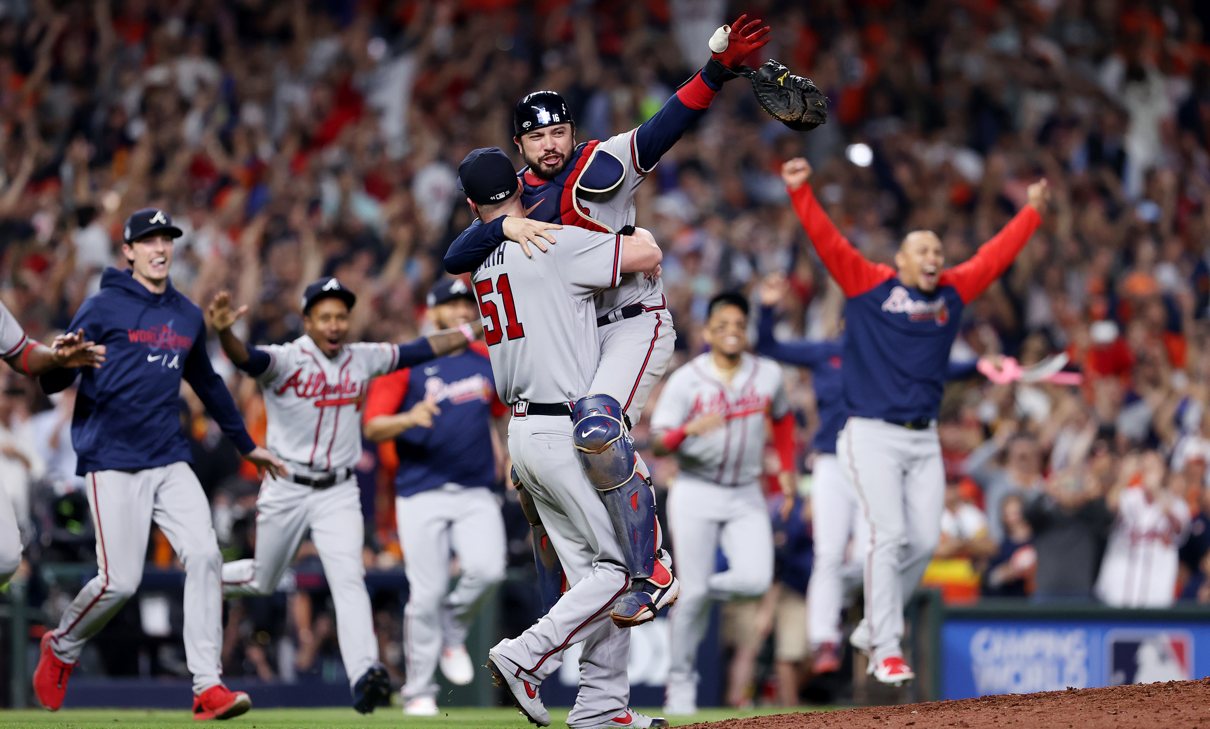 The Atlanta Braves – who just won a World Series, so I sure as heck ain’t gonna crap on ’em – sure do love to sign themselves a lot of catchers. It’s worked for them before, so, again, not gonna take shots.

The latest signing is outgoing Milwaukee Brewers back-up catcher Manny Pina, who has quietly been pretty great for a long time now in that role. He heads to the Braves on a two-year, $8 million deal, with an option for 2024:

Pina, 34, is a career .245/.314/.413 hitter (91 wRC+), which is great for a back-up catcher, particularly one who has been a huge plus defensively. He’s a great back-up catcher addition for any club, and his loss is a blow to the Brewers. Probably one we didn’t talk about enough in the run-up to free agency when noting that the Brewers will largely run it back.

As for the Braves part of the signing, well, it’s odd. The team re-signed nominal starter Travis d’Arnaud on his own two-year deal, and had William Contreras – Willson’s brother – ready to take on more of a big league role. They also have top prospect Shea Langeliers at Triple-A, and while he wasn’t a guy they could count on joining the big league team next year, they now have multiple catchers on the big league roster on multi-year, multi-million-dollar deals. It kinda makes me wonder if they wanted to have the flexibility to move either of Contreras or Langeliers if a deal presented itself. (The Braves also have 26-year-old depth catcher Chadwick Tromp at Triple-A.)

That said, it’s not like it’s BAD to have two catchers like d’Arnaud and Pina in the bigs, with young guys waiting in the wings. Injuries happen. Ineffectiveness happens. And having quality catchers in place at the big league level is critical right now, at a time when the position is as soft as it’s been in a long time. It’s a decent amount of money to lock up in two mid-30s catchers with young guys available behind them, but the Braves have money to spend and this is the kind of move that can pay sneaky dividends across your pitching staff.

Hey, is a CUBS fan really going to take any shots at a team for spending on catching depth after the year the Cubs just had in that regard?

Also, since they snagged Pina from the Brewers, I’m all the more fine with it.

Obligatory side mention: the very thin catching market is a reminder of Willson Contreras’s value in 2022, his final year of team control with the Cubs. All the more reason for the Cubs to extend him this offseason, or, if they absolutely cannot (and only in that case!) then to explore the trade market, as is the rumored plan.