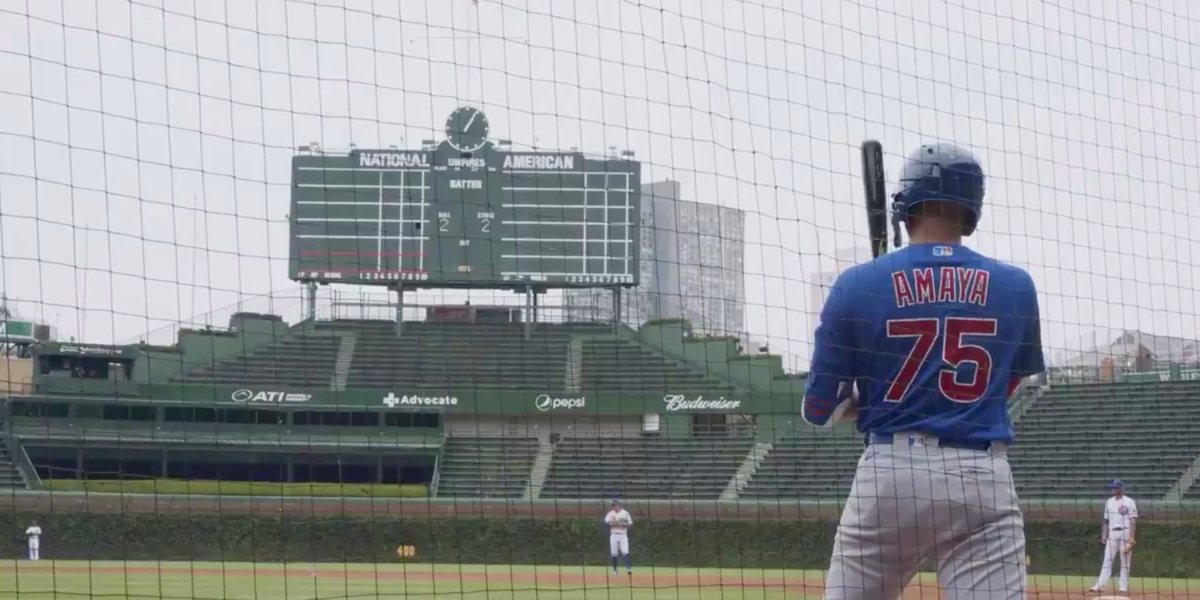 Well this is just terrible news today for so many reasons. Cubs catching prospect Miguel Amaya is going to miss even more time.

It’s gonna be Tommy John surgery for the 22-year-old catcher who already missed the 2020 pandemic season and most of the 2021 season with a forearm strain:

Forearm strains. They are always scary for precisely this reason. It means there’s at least some damage there in the elbow area, and you can get MRIs that show you what there is to see, it’s not always perfectly clear. Or it is clear, and rehab is advised to try to avoid surgery. And then you rehab, get back to throwing, and the UCL just doesn’t hold up. Your only option at that point is Tommy John surgery.

It wasn’t that long ago that Amaya was one of the Cubs’ top prospects, and a plausible heir apparent to Willson Contreras at the big league level. He needed to take a step forward in incorporating some in-game power, but he had great discipline, good contact ability, a line-drive stroke, and was exceptional behind the plate.

Now? Assuming the surgery happens and takes place soon, you can at least be comforted that the recovery time for position players is a little shorter than pitchers, at least in terms of picking the bat back up. In a recent example, Shohei Ohtani had Tommy John surgery on October 1, 2018, and he was taking batting practice by mid-April, with a return to the big leagues in early May.

So if you’re dreaming, you could maybe hope on Amaya being able to swing the bat competitively by, say, early June? If so, maybe he gets in 2/3 of a season or so at Triple-A, if the bat is ready? That assumes a very strong recovery, no setbacks, etc. When he can start throwing again as a catcher must, well, that’s probably not going to be until next offseason, or maybe not until the 2023 season.

The real sting here is the development timeline for a young player with so much potential. Amaya has only two minor league option years left, which in turn means that 2023 – when he can finally be a full catcher again – could be his last option year. Not great pressure to have when a young catcher is trying to establish himself after so much missed time.

As for the big league roster, the impact here is not necessarily substantial. The Cubs were already in a spot where they could not realistically count on Amaya contributing in the big leagues in 2022, and were already going to have to figure out what to do with respect to Willson Contreras for the next few years. Yes, I suppose there was small chance that Amaya was so dominant out of the gate in 2022 at Iowa that the Cubs would then feel comfortable knowing they could move on from Contreras after the season, but, reality check: in my view, the Cubs need to know what they’re doing with Contreras and the catching position long before then. As in, the Cubs need to either extend Contreras this offseason (preferred), or trade him this offseason (not preferred). That seems to be the Cubs’ plan.

Ugh. I just feel so bad for Amaya, who was no doubt rehabbing so hard for so long, and then for this to be what comes at the end of the process? To know that all of it only led to surgery and more, longer rehab? It really, really sucks.