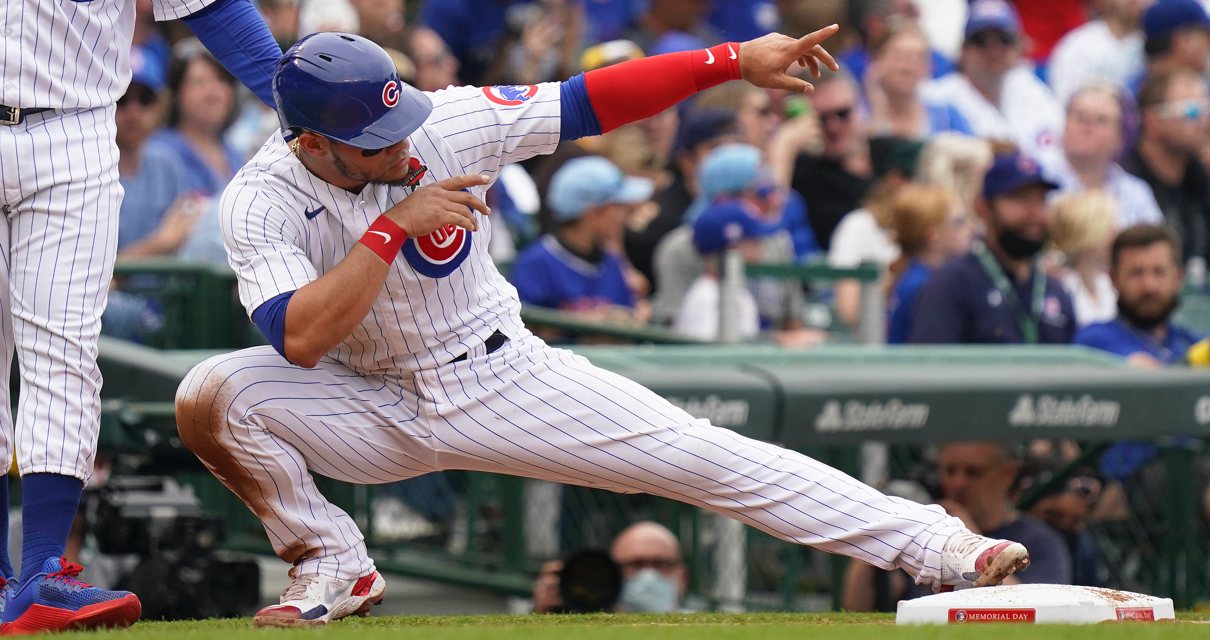 It’s been over a month since we learned that the Cubs would consider trading catcher Willson Contreras this winter if they couldn’t first come to agreement on an extension to keep him in Chicago beyond 2022. But besides some theoretical trade proposals, there’s nothing brewing on either front (trade or extension).

I bring that up today, because Ken Rosenthal just re-established that extend-or-trade path for Contreras in his latest at The Athletic, which probably means, yes, that is still the plan for the Cubs this winter. Except, there’s been absolutely no indication on any progress toward a deal – publicly or behind the scenes – so far.

That strikes me as a problem, considering that the Cubs entire offseason *should* look very different if Contreras is going to be around or not in 2022.

For example, if Contreras eventually signs an extension, the Cubs would be more incentivized to add to the 2022-2023 team to maximize the window of that deal. But the extra time lost* would put them at risk of falling into the same trap that forced them to go with their second choices late in the offseason last winter.

That’s not the only way the waiting could hurt. Extensions take time to develop, with no guarantee that they’ll fall one way or the other. So how comfortable would you be signing with the Cubs as, say, a free agent starting pitcher if you didn’t know – for sure – that Contreras was going to be around and behind the plate in 2022? And now imagine the season is starting in two weeks and you’ve got a good enough/comparable offer on the table from someone else. You might just take it and leave the Cubs hanging.

*(Time lost = The length of CBA negotiations + the time it takes to ink an extension thereafter.)

And, in case you’re wondering, no, it won’t be easy to find a different starting catcher for next season (internally or on the market). Miguel Amaya is getting Tommy John surgery, and isn’t ready anyway, and the free agent market is completely barren (34-year-old Yan Gomes and 33-year-old Roberto Perez are the top options).

So while I genuinely understand why the Cubs would prefer to craft an extension after the CBA is renegotiated, it just comes with so much risk, whether they extend him or not.

If only they could craft an extension ASAP …

If I had to guess, Contreras’ camp knows he won’t top JT Realmuto’s five-year, $115M free agent deal with the Phillies, so you can consider that the extreme high end cap for him this winter. But I’d also guess he probably wants to beat Yasmani Grandal’s four-year, $73M deal from a few years ago, as well, since these deals pretty much always aim to move the ball forward. So there are your benchmarks.

And that leaves the Cubs with two routes that could actually get a deal done.

A Better Overall Guarantee: So if you wanted do something long term, stay reasonable, and loosely follow the Grandal structure, maybe you’re looking at something like five years and $82-$90 million? That’s an AAV of just $16.4M on the low end and $18M on the high end (both less than Grandal), but with a greater overall commitment (box, checked).

A Better AAV: By contrast, maybe Contreras really wants to focus on a higher AAV. If so, would he do something weird like three years and $72 million, starting this season and replacing his projected $8.7M arb salary? At $24 million/year, that deal would buy out only two free agent years and actually beat Realmuto’s AAV (box, checked). At the same time, it would be shorter term for the Cubs, and smaller overall commitment, which provides plenty of longer term flexibility while keeping them competitive in the short term.

On annual basis, that would be an “overpay” for Contreras, but it’s pretty short term and it allows Contreras to push the market forward for other catchers in one sense. Plus, the Cubs have (1) the salary room to pull it off and (2) an enormous need at the position. Sometimes, you just overpay for things because you need them.

I’m just spitballing here, so don’t take any of this as more than academic, but this conversation needs to pick up some steam soon, especially if we believe Ken Rosenthal and Sahadev Sharma (… and the general logic that makes an offseason catcher trade so much easier to pull off than a deal at the deadline). If the Cubs wait too long, they could screw up their entire offseason.

We’ve seen a lot of extensions already this month, so it’s not as if those deals are off the table for other teams in relation to the CBA. It’s just that the Cubs haven’t been able to pull one off in a very long time.