Busy, busy this morning, so apologies for the delayed Bullets. Lotta deals becoming official, lotta rumors still swirling, and a lotta worry about the CBA.

•   Today is Javy Báez’s 29th, and his birthday present is likely to be an officially finalized $140 million contract over the next six years. It’s a really strong deal, particularly when you consider the opt out after the second year and the partial no-trade rights, but it’s slightly less – together with his arbitration payouts the last two years – than what he would have made if he’d taken the Cubs’ reported eight-year, $168 million deal before the 2020 season. The point there is not to fisk Javy for doing the wrong thing. He still did really well, and depending on how much you value the opt-out and no-trade rights, he may actually have done better overall. Instead, I mention it to note that, with respect to at least one of the Cubs’ extension offers to a former member of the core, they were clearly at market level. And since the offer came two years before free agency – anything could’ve happened in those two years – there was even more risk in their offer at that time.

•   You could argue that the Cubs should have more seriously re-engaged Báez this past year on an extension, but he was coming off the terrible pandemic year, and did not start hot out of the gate. Me, personally? I don’t have a beef with the Cubs proceeding as they did, after the extension offer didn’t work out in the spring of 2020. I can be bummed as a fan that Báez is now gone – just like I was bummed as a fan about the Trade Deadline deals – but can also see how it could be part of a process that improves the Cubs enough in the years ahead that it’s a net plus to my fan happiness. Winning in the long-term isn’t the only part of the enjoyment of baseball (liking watching really fun individual players is big, too). But winning is certainly the primary driver of my fan happiness by a substantial margin. Of course, now it’s up to the Cubs to actually prove that they can win consistently in the future …

•   Anyway, none of this matters anymore outside of remarking on whether the Cubs made reasonable offers to their core or not. All the best to Javy with the Tigers, and I hope we can still enjoy his uniquely incredible highlights for years.

It won't be on the Cubs, but I hope we get to see many more moments like this for years to come.

Happy 29th birthday to the one and only El Mago. pic.twitter.com/tMd92aagtX

•   Per his IG, Cubs catching prospect Miguel Amaya has officially undergone Tommy John surgery. The expectation is that it’ll take him out from being a “normal” catcher until the 2023 season, but the hope is that he will be able to DH at some point next year at Triple-A Iowa.

•   Man, I forgot about the whole Yankees-essentially-made-Clint-Frazier-cut-his-long-hair thing. It was a drama because of their stupid, ancient rule about facial hair/long hair. Anyway: grow your hair as long as you want now, Clint. Hell, grow a beard and style it into a bonsai tree. Whatever you want.

•   On a more serious note, no one really knows exactly what happened with Frazier this past season from an injury side of things (we know that he dealt with vertigo during the season, started a rehab assignment in August, but then was shut down for the year for reasons we don’t quite know), and this was the last word on the subject:

id love to have the opportunity to talk about this situation publicly and probably plan to do so soon — my issues have been very personal to me and something i've wanted to handle privately but there's been a lot of inaccurate things reported about my injury that i'll clear up. https://t.co/4Ju9ZGUhcA

•   There will be a physical before Frazier’s deal is official, but again, it’s only fair to presume that part of the reason the deal is so modest is because there are outstanding questions about his health going forward.

•   This is a fascinating read comparing the three top-of-the-market arms:

Gausman, Ray, Stroman: which 30-year-old getting a long term deal will age the best, according to the research out there? https://t.co/ZM9DwYrRcl

•   Despite having, by far, the lowest strikeout rate tendencies of the trio, there are a number of arguments that Marcus Stroman will actually be the best of the three deeper into his 30s (elite groundball rate tends to be sticky year to year, great stuff and command, wide variety of usable pitches, slightly better arm health). It’s basically all the arguments we’ve made before on why we like Stroman to age well, but put through an analytical/data lens. I wonder if he’ll wind up getting an even better contract than Gausman and Ray did (five years, $110-15 million).

•   I have to dig in more to figure out what to make of it, but there’s a report that MLB used two different baseballs last year, continuing their years-long tradition of doing weird, unexplained, secret things with the dang baseball.

when I shared Dr. Wills’ (@Bbl_Astrophyscs) findings with MLB, the league confessed to using two baseballs but blamed COVID on shrinking its ball … supply.
However if it was a pandemic related shortage, why did they keep manufacturing the old ball? https://t.co/lLsHr9FouW pic.twitter.com/Ydwu4R9zq0

•   Interesting to see which organizations have not leapt to ink big contracts pre-CBA:

Some big-money teams haven't been aggressive yet — LAD, BOS, SF, NYY, etc. — for various reasons.
1. Some execs think current prices are insane.
2. They want to know CBA/CBT rules before committing $.
3. They can clean up in a buyers' market post-CBA. (Like shopping after Xmas)

•   Football is gone from Wrigley Field. Grass, too:

They've taken the Field out of Wrigley Field! pic.twitter.com/9JAkNmC4cL

•   Obvious Shirts is hiring for their physical location, so a heads up for those of you in the area:

•   Amazon is back into Deal of the Day mode in the lead-up to Christmas, and today’s include holiday accessories, pasta makers, books, and more. #ad

A Record-Setting Debut for Relief Prospect Brandon Hughes, Who Could Force His Way Into the Roster Crunch

Thompson Had It All Working, Miley’s Catch, Norris Injury, Willson Explains Beef, and Other Cubs Bullets 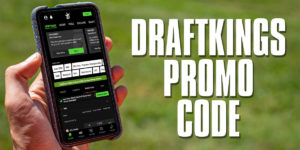