Jed Hoyer Says, Yes, the Cubs Realized They Needed to Adjust Their Strategy Skip to content 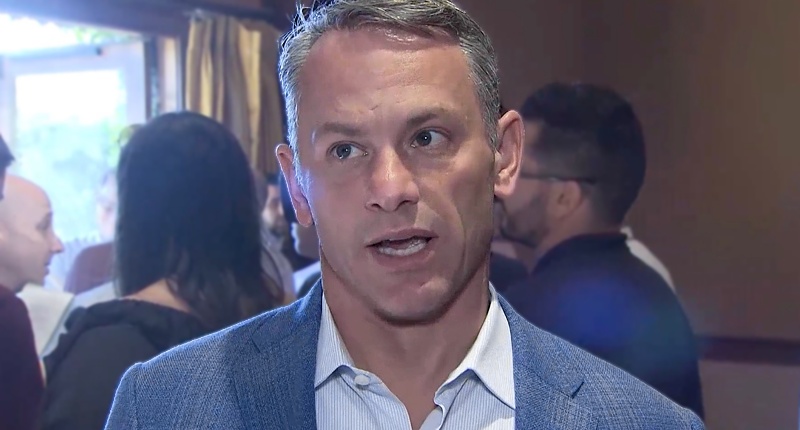 We are the agents of change! Our Tweets have been heard! Claim your credit here!

Last night, the Chicago Cubs signed Marcus Stroman to (what I see as) an incredibly reasonable three-year, $71 million deal, and it’s all because Cubs fans bullied them into action. That, or the Cubs President of Baseball Operations Jed Hoyer recognized that the starting pitching market was moving faster than expected, and decided waiting any longer was too much of a risk.

“You can’t just make plans and not alter them if things change,” Hoyer said via Gordon Wittenmyer at NBC Sports Chicago. “Clearly the pitching market was moving very quickly …. It was obvious that acting on those starting pitchers before Dec. 1 was something that was going to be really important.”

And while some of those arms were never realistically going to land in Chicago (I don’t think anyone was going to outbid the Angels for Syndergaard *and* he came attached to draft pick compensation, which never felt right for the Cubs on a one-year deal), it did become increasingly frustrating to watch the other names fall off the board on reasonable deals, especially when it was in the Cubs’ own division. Perhaps especially because we knew the Cubs had been planning to sit back as part of a greater overall strategy to preserve flexibility until after the new CBA was out.

“To be candid, I don’t think anyone had a real sense of how the market would play out when we started the offseason,” said Hoyer, who promised an active winter of “intelligent spending” — just not this active this quickly. “Obviously, with the potential lockout, the Dec. 1 date, you never know how people would react.”

But like Hoyer said after last night – and we refrained often before then – you can’t just set a course and stick to it no matter what. The market had changed, dramatically, and the Cubs absolutely needed to act to get something else done on the starting pitching front in time: “This is something new. We’ve never been through this. And obviously that certainly changed our strategy over the last few days.”

The Cubs have now added two sure-fire starting pitchers to their rotation, Stroman and Wade Miley, which, along with Kyle Hendricks, gives them a solid foundation for 2022.

And now I’m much more comfortable if they want to be opportunistic on the rest of the *starting pitching* market. I do think they still need to add a power arm to diversify their group of soft-tossers, but they are in a fundamentally different place with Stroman than without. Plus, Adbert Alzolay, Justin Steele, Keegan Thompson, Alec Mills (and maybe eventually guys like Caleb Killian or Brailyn Márquez) should all be around to gobble up plenty of innings this year. Frankly, that’s pretty solid depth. And all by December 1st.