The Chicago Cubs just landed a minor league pitcher named Leiter! … no, it is not top pitching prospect Jack Leiter.

Instead, it’s his cousin, Mark Leiter, Jr., one of the many Leiters to pitch in the big leagues (dad is Mark, uncle is Al). Per the Cubs transaction log, the Cubs have signed Leiter to a minor league deal, which you’ll recall is permissible during the lockout because Leiter was not on a 40-man roster to finish the season.

Instead, Leiter finished the 2021 season at Triple-A with the Detroit Tigers, where he posted a 3.34 ERA (3.40 FIP) over 17 appearances and 89.0 innings (15 starts), and had a 30.5% K rate to go with a 6.4% BB rate. He was really cruising by the time the season ended, his ERA was barely one over his final five outings. Suffice to say, to the extent a minor league veteran can have a great run at Triple-A, Leiter was definitely having it last year.

The 30-year-old righty was a long-time Phillies farmhand before making his big league debut in 2017. It was a mediocre rookie season followed by a failure to really break through in 2018 (he missed time with injuries that year, too). The performance troubles may have been injury-related, because the following spring he underwent Tommy John surgery. That timing sure sucked, because that meant he missed all of 2019, and then the pandemic season happened in 2020. So this past year was really his first chance to have a normal professional season in nearly four years. Oof.

But, like I said, he certainly pitched extremely well at Triple-A. Though he’s 30 years old, you might look at the last four years and see plenty of reasons why he hasn’t had a chance to get back to the big leagues quite yet. Your one open question is why he didn’t get put on the 40-man by the Tigers rather than letting him go for nothing, and that’d be fair to wonder. The possible answer is that the Tigers have actually become sneakily over-crowded with quality young pitching on the 40-man roster over the past year and a half, and they may have simply seen Leiter as a guy they really liked, but not quite worth a 40-man spot. So, instead, the Cubs get to bring him in.

The signing squares with something I mentioned earlier about the Cubs very likely wanting to bring in some starting depth at Triple-A Iowa. A lot of the could-be Triple-A starting pitchers will periodically be up in the big league bullpen as swing types, and the Cubs lost so many pitching prospects to injuries this past year that it’s not at all clear that the Iowa rotation is gonna be overflowing any time soon.

You also have to have guys like Leiter around in any year because of the possible needs that could emerge for fill-in starts. Capable Triple-A arms, who can come up and down to fill in without you necessarily having to worry about developmental or roster considerations (Leiter has one option year remaining, by the way, so if he did come up, he could be sent back down to Iowa without being exposed to waivers). The Cubs simply don’t have a lot of guys like this right now who’ve developed organically, which is why they had to have a guy like Adrian Sampson, for example, available last year.

That is to say: no, signing Leiter to this minor league deal doesn’t directly impact anything the Cubs will or will not do in the rotation when the offseason begins again. This is a signing that makes sense no matter what else follows.

Historically, Leiter has been a soft-tossing type, mixing a four-seamer, a sinker, a cutter, and a curveball, though his strikeout totals in the minors have been impressive. It’s hard to know what he is now, given no big league appearances this past year, and the long absence from the big leagues. I don’t think you can realistically expect more than useful starting depth here, but as far as these types of minor league signings go (older, more established, Triple-A starting pitchers), this is solid. We’ll know a lot more when Spring Training rolls around.

Bonus fun: he dominated the Iowa Cubs late in the year:

Just skimmed video in this one. Leiter's FB was 91-93 on the broadcast gun. 92 in the 7th. Looks like a decent change too. Can't say there was anything super impressive about what I saw, but the I-Cubs couldn't do anything with him. https://t.co/iBDuHr1Ci0 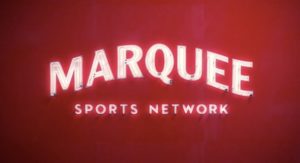