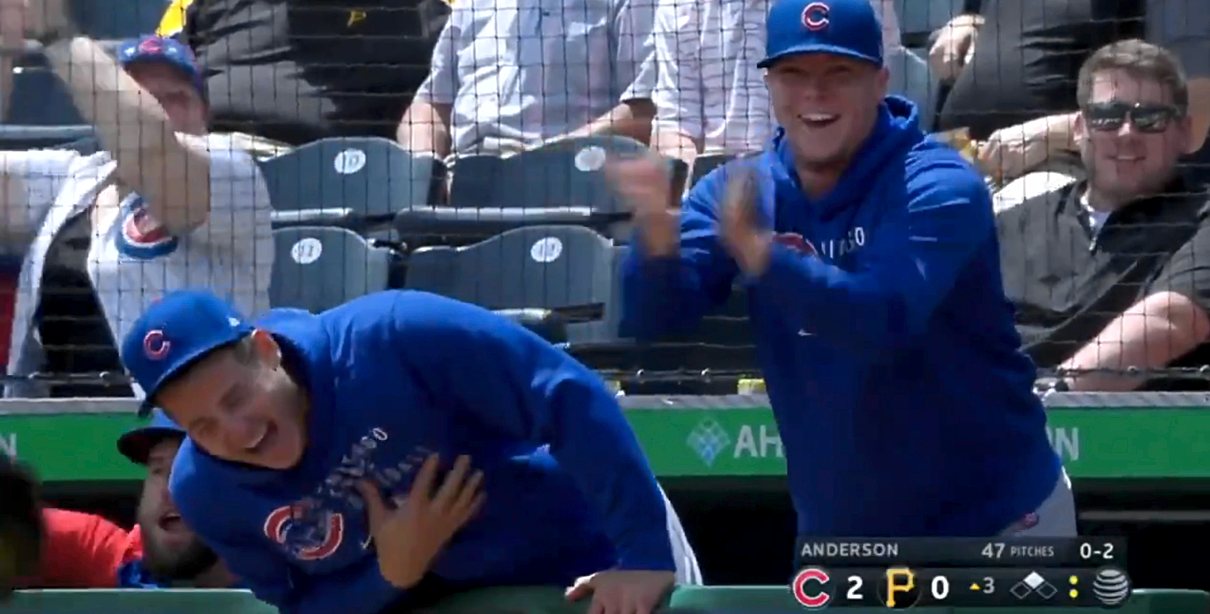 One of my favorite reads of the year, every year, is Jayson Stark’s tour of the weird year in baseball. He always finds and highlights some of the craziest stuff, much of which I either didn’t even realize or forgot about in the flurry of the year that was.

This year, he’s breaking it up into three parts – hey, fine by me, given that we’ve got precious little to enjoy on the baseball content side of things right now – and the first just dropped with heavy Cubs involvement:

How Strange But True was the 2021 baseball season? So SBT, we divided it into a 3-part series!

The *very first* weird moment mentioned? Arguably the single most HOW-THE-HECK-DID-THAT-JUST-HAPPEN moment of the entire season throughout MLB, and we were all privileged to get to see it while Javy Báez was still with the Cubs. I’ll never, ever, ever get tired of watching this:

There can be no argument that was the wildest, craziest, never-to-be-duplicated moment of the year, and of course it came courtesy of El Mago.

If that wasn’t enough, the moment when Anthony Rizzo struck out Freddie Freeman, which we recently re-enjoyed, was the third crazy moment mentioned. No real argument there that it should be in the top three, also. The Cubs, they had some wildness!

How could anything be on par with those two moments? Well, Sandwiched in between Javy and Rizzo was the Daniel Camarena grand slam off of Max Scherzer. That one was about as weird as a situation can get, given that Camarena was a just-called-up RELIEVER, who’d never had an extra-base hit at any level in his pro career, and whose grand slam contributed to an EIGHT-RUN comeback against Scherzer. Heck, the pitch wasn’t even a strike:

There’s also a whole rundown of the wildest games of the year, including a Marlins-Mets game that, because it was suspended for 142 days, led to this bit of history: “Javy Báez finding yet one more way to wriggle into this column, by becoming the first player in 41 years to score a run and drive in a run for two different teams on the same day . . . which seems impossible in real life, but not in baseball, at least when the suspended-game rule starts wreaking its standard Strange But True havoc.”

Go, read Stark’s piece this afternoon for some head-shaking fun. I just love this sport, and I love being reminded EVERY SINGLE YEAR that truly unbelievable games and moments happen EVERY SINGLE  YEAR.