Missed Calls, Fighting the Yips, Brennen in the Hall, and Other Cubs Bullets Skip to content 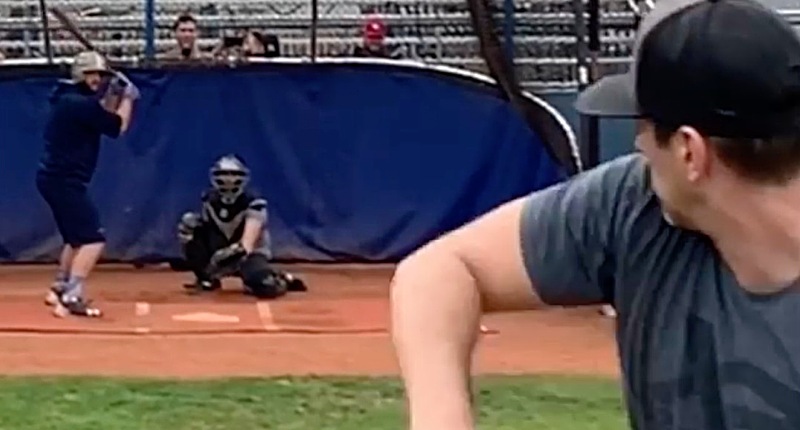 You like the @Cubs signing of Marcus Stroman now? Just wait until they start having the robots call balls and strikes. 🤖

No National League pitcher in 2021 had more of his in-zone pitches called balls than @STR0. pic.twitter.com/2gJvBPC0Iv

•   Some of it has to be the catcher, sure (James McCann flipped to being a negative framer last year, though sometimes Stroman was getting Tomas Nido, who is an exceptional framer). And, again, some of it has to just be flukey noise that would land on some pitcher who threw a lot of innings. But I wonder if some of it is something peculiar to Marcus Stroman’s unique delivery funk? Or something about how, if he misses his spot, he misses in a way that makes it easy to call a strike a ball? Or something about the way he/the Mets were attacking hitters that led to the kinds of pitches that can be missed by an umpire? I don’t have the data to compare previous seasons, or HOW out in front Stroman was. Something to watch for, I guess?

•   This is a really good read at The Ringer on Tyler Matzek, one of the most important Braves pitchers in the postseason, who’d gotten himself out of a multi-year funk. Specifically, he’d developed the yips. It’s the kind of harrowing story we’ve seen and heard before – you’ll remember Jon Lester’s issues throwing to first base – but the detail in this article is really telling. You really get walked through how it can happen, how the anxiety issue produces a physical response, and how it can cause what we see as the yips: a professional baseball player who seemingly cannot do the most simple thing a baseball player should be able to do. It is apparently much more common throughout the minor leagues than we realize – sudden wildness is not always a mechanical or grip issue – and it’s the end of the line for a lot of players.

•   (A crazy Cubs connection in the story? Matzek, who’d been a solid rookie in 2014 for the Rockies, saw his yips first start to pop up in a big league game in his 2015 debut against the Cubs. You may not remember his outing – he hit Anthony Rizzo twice and walked three, but ultimately got through four innings allowing just one run in a Rockies win – but you definitely remember the series. It was the series that culminated in Dexter Fowler’s 9th inning home run off of LaTroy Hawkins to bring the Cubs back in that game, and get us all thinking that maybe things were different this year.)

•   Anyway, as for Matzek, he made a few more starts from there, but the yips overtook him. He was sent to Triple-A, the extreme wildness never went away, and he was out of affiliated baseball by the next year. For three years. He wound up finding a former Navy SEAL who’d dealt with yips when he was a pitcher, and that guy coached Matzek through it. And then Driveline helped him rebuild his mechanics and rediscover his velocity. Pretty wild story. Highly encourage you to read if you want to better understand the yips, and its relationship to anxiety responses of all kinds. We all deal with it on some level! Heck, Matzek’s description of getting on anxiety meds for the first time is EXACTLY the same response I had when I finally did it a few years ago, which I share so that if you deal with anxiety issues, maybe you go talk to someone:

He pitched well in both Double- and Triple-A, but when the season ended, he went to see a doctor in California who diagnosed him with a panic disorder. Basically, the doctor told him, he had panic attacks because he was afraid of having panic attacks. “It was a spiral,” Matzek says. The doctor prescribed him anti-anxiety medication. The panic attacks stopped.

•   Over at The Athletic, Bill Shea writes about the sports business stories to watch for in 2022, of which Regional Sports Networks are going to be a biggy. We just don’t know how dramatically the landscape is going to change, pending decisions on direct-to-consumer streaming, Sinclair’s group of RSNs (i.e., do they go bankrupt?), etc. And then there’s the lockout – how long does it go on, how many games does it cost the sport, and if any, how does it impact viewership?

•   Brennen Davis is already in the Hall of Fame! Well, his bat from the Futures Game when he hit two homers is there, anyway:

Plenty of history was made during the 2021 @MLB season. Here are some of the game-used artifacts that will be preserved forever at the @baseballhall.

We thank @MLB, its players, and the 30 teams for generously sending these pieces of history to Cooperstown. pic.twitter.com/cztzWTn21z

•   Imagine being able to consistently command a pitch like this – you would be unstoppable:

•   A better team this year is coming, right:

•   Putting it here for you fine folks, too:

Same sentiment for this account, albeit with more of a Cubs-connected flavor. I like doing what I get to do on here, and the vast majority of you make it all the more enjoyable. Happy new year! https://t.co/CJVnazSrKU

•   If you missed the Bulls ending yesterday, fix that now: