10 Years Ago Today, the Cubs Made a Pretty Good Trade Skip to content 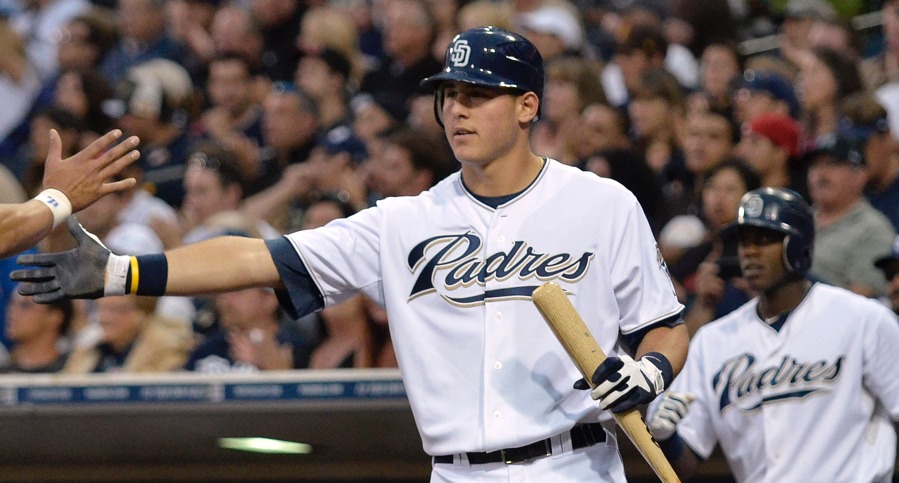 On this day in 2012, the Chicago Cubs made one of the most consequential trades in the organization’s history. A lofty claim, sure, but when it involves the guy who caught The Final Out, it feels pretty accurate.

It was one decade ago that the new Theo Epstein and Jed Hoyer Cubs front office acquired Anthony Rizzo in a deal primarily for pitcher Andrew Cashner:

One decade ago today, the Cubs made a pretty good trade for a young Padres first baseman. pic.twitter.com/KI4EAoYBGF

It was the third time Epstein and/or Hoyer had acquired Rizzo, having first drafted him with the Red Sox, then having traded him to the Hoyer-led Padres, and then having acquired him again with the Cubs.

Stray fun fact? Rizzo was replaced on the Padres that year by Yonder Alonso, who was eventually traded for Drew Pomeranz, who was later traded for Anderson Espinoza … who is now a Cubs prospect after this past year’s trade for Jake Marisnick.

As for the Cubs, well, you know the story on a decade of Rizzo. He was one of the most important Cubs during one of the most important times, and although no ending is ever all that welcome, at least it was a good long stretch. As for what comes next for Rizzo after his cameo on the Yankees, that remains to be seen after the lockout ends. Rizzo, 32, remains a free agent.

To @ARizzo44, the heart and soul of the greatest Cubs team of all time.

For all you’ve done on the field and for all you do off it.

It’ll be interesting to see what happens over time for new Cubs prospects Kevin Alcantara and Alexander Vizcaino, acquired in the Rizzo trade. If either becomes a significant contributor, then Andrew Cashner can add another big piece to his trade tree.

Not that it’s necessary for the trade to have been a very, very good deal for the Cubs.

10 years ago today, Anthony Rizzo was acquired via trade from the San Diego Padres. Best trade the Cubs ever made. The rest was history. ❤️🙏🏼 @ARizzo44 pic.twitter.com/20tGTI4IsC

Heads up for those of you in New York! FanDuel is launching Saturday and you can get a $100 pre-registration bonus right now when you sign up. Just go here!