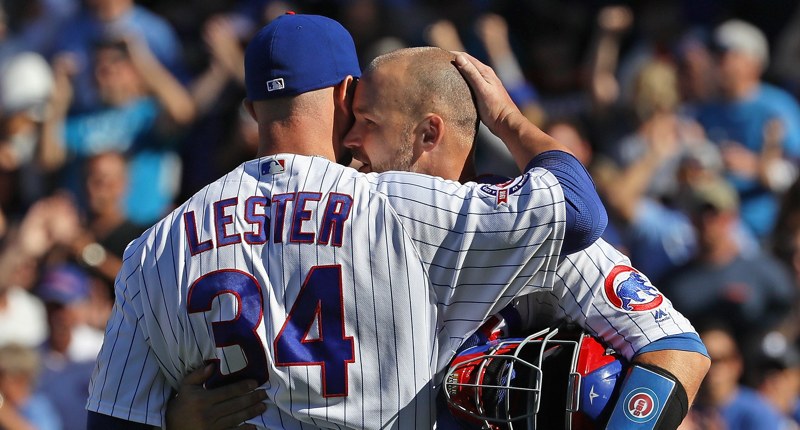 He will forever be remembered as the big lefty who took a chance on the Chicago Cubs, who helped build them up into a contender, who always stepped up in the postseason, and who won a World Series. He was one of the best signings in Cubs history.

And now Jon Lester is calling it a career.

Lester told ESPN that it was time to hang them up. “It’s kind of run its course,” Lester said. “It’s getting harder for me physically. The little things that come up throughout the year turned into bigger things that hinder your performance. I’d like to think I’m a halfway decent self-evaluator. I don’t want someone else telling me I can’t do this anymore. I want to be able to hand my jersey over and say, ‘thank you, it’s been fun.’ That’s probably the biggest deciding factor.”

Lester, who just turned 38, wanted to go out on his own terms. After 16 almost exclusively successful seasons, he sees now as the time to go out.

With the Cubs, Lester spent six seasons posting a 3.64 ERA over 1002.2 innings. He also made 12 Cubs postseason appearances, and he was fantastic in almost every single one. When the Cubs had a huge game, it didn’t matter how else he’d been performing. You knew he was going to step up. Some guys just give you that confidence.

There will be much more to say about a stellar career. About a guy who will go down as one of most important Cubs pitchers ever.

For now, I want to enjoy one of my favorite Lester moments – when he wasn’t even on the mound: