The Brewers ZiPS Are Out, Which Underscores the Challenge Ahead of the Cubs Skip to content 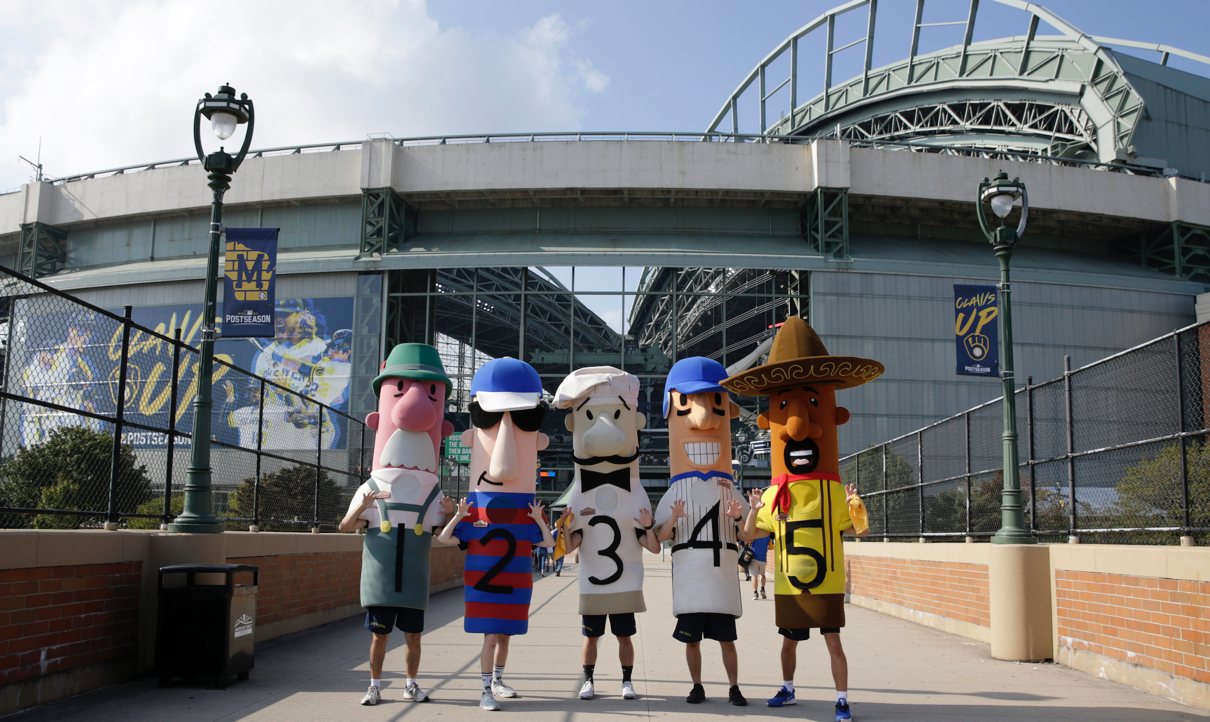 Today marked the final reveal in ZiPS projection season over at FanGraphs, and the last team was one of particular interest to us: the Milwaukee Brewers.

The 2021 NL Central champs are viewed at this moment, on paper, as still the class of the division, with the Cardinals behind them, the Cubs maybe next (depends a bit on what else they do, and what the Reds do from here), then the Reds, then the Pirates. More or less, ZiPS has seen the teams the same way, with the Brewers looking particularly strong:

That pitching staff. Lordy. That’s loaded. You have the extreme upside guys in Corbin Burnes and Brandon Woodruff. You have two more starters who project very well in Freddy Peralta and Aaron Ashby, and you have two more who project to be about league average in Eric Lauer and Adrian Houser. Having six starting pitchers who project as league average or better, with the two at the top projecting to be among the best starting pitchers in the league … that’s, uh, a good rotation.

In the bullpen, Josh Hader and Devin Williams once again project to be super-elite. But they aren’t it. Jake Cousins projects to be fantastic. Brent Suter projects to still be annoyingly good. There’s a decent bit of upper-level-minors depth behind the expected front nine, too.

It’s just a whole lot of good pitching for the Brewers, who have also shown year after year under David Stearns and Craig Counsell that they know how to get the most out of that pitching.

On the positional side, yes, there are some holes. When Luis Urias projects to be your best player by WAR when playing time is allocated (at 3.0), then you might have some challenges (which is not me throwing stones, by the way, since the Cubs’ top positional WAR projection is Willson Contreras at just 2.6). Then again, the Brewers have four players from there who project for at least 2.0 WAR (about an average full-time regular), so it’s not like their offense/defense is a disaster or anything. They don’t have a ton of quality internal depth, though, at least according to ZiPS. In a way, their positional issues look a lot like the Cubs, but they have a couple more sure-thing types than the Cubs do, and they have a huge bounce-back, upside guy in Christian Yelich. (He projects to hit just .268/.374/.481, by the way, which is of course still really good (126 OPS+), but far from the perennial MVP the Brewers hoped they were getting when they signed that monster extension.)

None of that is to say that projections are a certainty, or that the Cubs have no reason to try to compete this year. I think it does speak to how much the Cubs would have to add from here to make themselves the class of the division (just seems unrealistic), which, in turn, underscores why there would be reluctance to sign a number of long-term deals where you’re sacrificing future payrolls for win-now moves. (Carlos Correa is arguably an exception there, though I still think the Cubs would do it only if they could get him to sign a surprisingly sweet deal.)

BUT THAT SAID, there remains absolutely nothing foolish about trying to ink up a lot of short-term, high-dollar deals to at least give yourself a shot in the first half, and then see where things stand come July. With the second offseason likely to be a mad rush of signings, I hope the Cubs have their board and their game plan laid out perfectly. There will be opportunities to quickly land a lot of short-term targets, I suspect, if you’re willing to go high enough on the AAV. The Cubs *should* be willing to do that. They likely have a lot of 2022 dollars still available, and there’s no reason not to spend those dollars on guys who could (1) help you try to surprise in 2022, or (2) become possible trade pieces at midseason if the surprise isn’t happening.