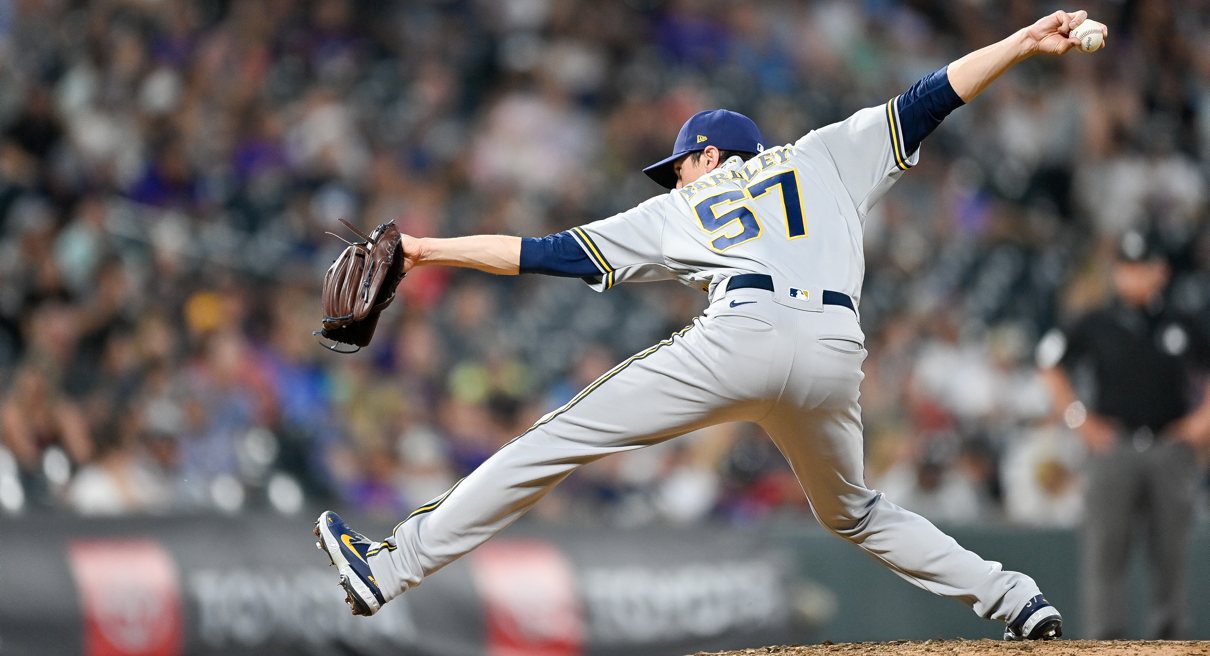 It’s been a minute since the Cubs last signed a player to a minor league deal – the kind of signing permitted during the lockout – but they’ve broken their long streak with a signing announced on the team’s transaction wire: reliever Eric Yardley.

The 31-year-old righty is the quintessential sidearm/submariner, relying on a deceptive arm and pitch angle to generate soft contact on the ground. When he’s been right, Yardley can get impressive results without the corresponding peripherals – he’s a pure contact manager, and the groundball rate can top a whopping 60%.

A long-time Padres prospect, Yardley pretty much always succeeded in the minors, but didn’t get a shot with the big league team until a cup in 2019. He was successful in a brief stint there, but the Padres felt he wasn’t worth preserving on the 40-man roster from there, so the Brewers claimed him that fall. He was a very useful reliever for the Brewers in 2020, though things went badly sideways for him in 2021:

Yardley was outrighted by the Brewers in November, and he elected free agency rather than accept an assignment to the minors with the Brewers for next year. So the Cubs get him instead.

Setting aside his style for a moment, this is a guy you love to see the Cubs taking a chance on with a minor league deal: he’s had big league success before and has generally always been good at Triple-A (including in 2021), and he has minor league options left so that he can be shuttled up and down from Iowa if it comes to that. No, Yardley wasn’t going to be able to land a big league deal, but I wouldn’t be surprised if there were a lot of interested teams who were willing to give him a souped-up minor league deal (which could be why he didn’t sign in December when so many other “obviously a minor league deal” guys were signed). Maybe the Cubs stepped up in some way to make sure they could get him before Offseason Part Two begins, and they will be focused on other things.

The Cubs have had so much success reclaiming pitchers like this in their bullpen – the guys who have shown big league ability and do something really unique – that I just get happy whenever I see them taking these swings. No real risk, only upside.

Yardley will get a shot to make the big league bullpen in Spring Training, and if he doesn’t, he’ll head to Triple-A Iowa as reliever depth. Hopefully whatever it was that gave him troubles in 2021 in the big leagues can be addressed in a new organization.

As for the style, I’m a sucker for pitchers in your bullpen who come from funky arm angles, giving the hitters vastly different looks over the course of a series. The Cubs already have one sidearmer available in Scott Effross, though he’s not quite as submarine-y. Give me all the weird pitchers, please and thanks:

Yardley was sneaky awesome in his lone postseason appearance for the Brewers in 2020:

His 2nd K of the night? Mookie Betts with the ⚔️
(cc: @PitchingNinja) pic.twitter.com/ZzK5zjG02S

You can get another look at Yardley’s style here (getting new Cubs catcher Yan Gomes to ground out, incidentally):