David Ortiz is a First Ballot Hall of Famer, No One Else Getting In This Year Skip to content 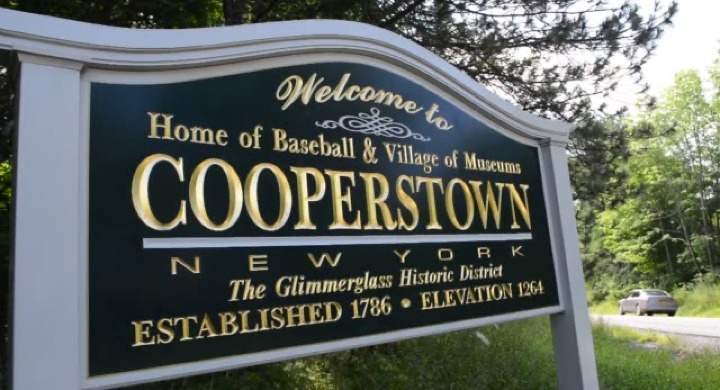 Even as there are other players I would be voting to enshrine – who have no chance of ever getting voted in, by the writers or the committees – that doesn’t take away from the fact that I think David Ortiz deserves the honor he’s receiving.

David Ortiz is a Hall of Famer:

The long-time Red Sox slugger, who was one of the best hitters of his era and who dominated in the postseason, received 77.9% of the vote in his first year on the ballot. At a 75% cutoff, no other players received enough support for enshrinement:

For Barry Bonds, Roger Clemens, Curt Schilling, and Sammy Sosa, this is it. They are now off the ballot going forward, and their candidacy is in the hands of the various committees that MLB and the Hall of Fame have put together. I don’t expect any of the four to get in during their lifetimes.

I didn’t do a lot of mulling on the Hall of Fame this year – I’m a bit frustrated with the whole thing – but I did discuss a bit on Ortiz back in December, relative to an article on why Ortiz gets so much support but Sammy Sosa does not:

It seems likely that, for voters who are making choices based on PED suppositions, there is a meaningful difference between Sosa and Ortiz: although both “tested positive” only within that 2003 survey that was absolutely not supposed to be used in this way (and was also reportedly fraught with data collection issues), the bulk of Sosa’s big league success took place before the league actually cracked down on PEDs. Ortiz’s success, by contrast, took place almost entirely within the testing era, and he never tested positive, despite putting up monster numbers even into his late-30s. (Rosenthal acknowledges this distinction, though it’s not the reason he votes for one and not the other – mostly it’s a strategic decision that he knows Sosa won’t get enough votes, and he wants to support another player who has a better chance.)

You probably don’t *have* to get into all of that to make the case for Ortiz over Sosa, though. In a worse scoring environment, Ortiz became, by far, the better overall hitter than Sosa. And although Ortiz was mostly a DH, Sosa’s defense was pretty bad by the time he was putting up his best offensive numbers. Throw in Ortiz’s substantial postseason accomplishments, and, fair or not, I can see why he gets more support than Sosa.

For me, on Sosa, I remain of the mind that you cannot punish the pre-2003 players for their PED use when the league CLEARLY had no interest in actually enforcing these rules, and indeed made guys like Sosa the face of the sport precisely because of the things they were (possibly, probably) doing on the backs of those substances. I may not like the cheating, and I definitely feel terrible for the clean players in that era, but it just seems to entirely ignore reality to act like we can suss out who cheated, who didn’t, who would’ve been a Hall of Famer even if they hadn’t cheated, and all that crap. Just look at the performance for the era, incorporate as much knowledge as possible, and make a decision on whether the player was truly among the elite of the elite for that era. That’s why I’ve been on the fence for so long with Sosa and the Hall, some years thinking it should happen, other years thinking he was actually statistically just short in his era. If I had a vote this year, I can see beating myself up a bit whichever direction I went. Not that it would matter, because he’s not going to get enough votes in this, his final year on the ballot.