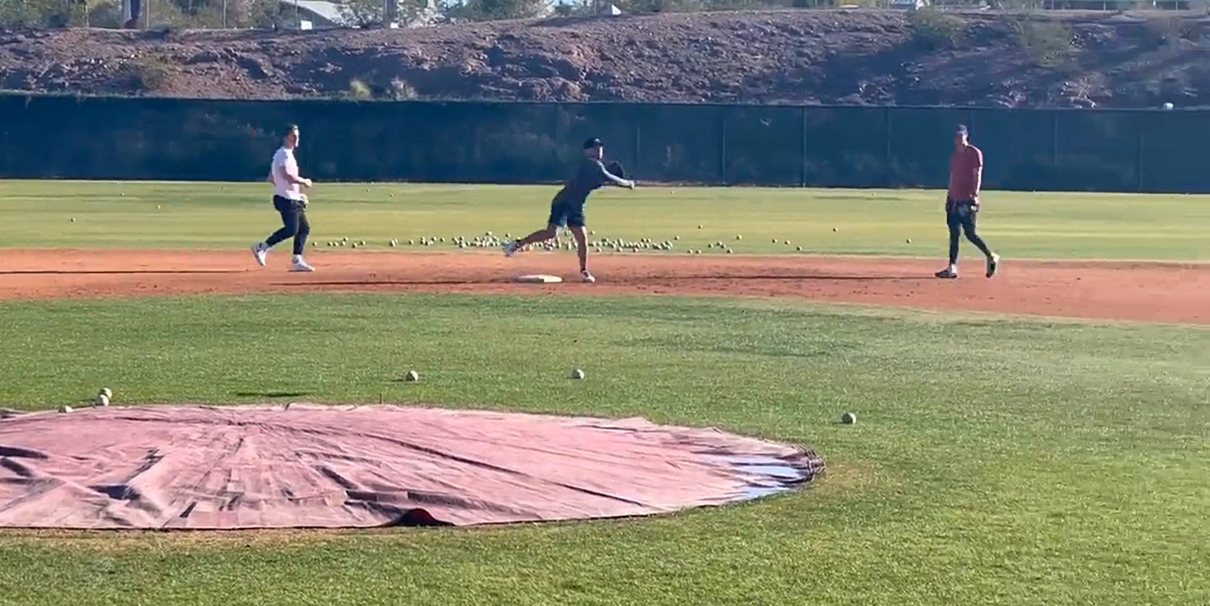 The players are locked out of team facilities, but that isn’t going to stop a couple Chicago Cubs middle infielders from getting in some work together.

Given that – as presently constructed – the Cubs lineup figures to feature Nico Hoerner and Nick Madrigal up the middle, and given that Madrigal is new to the Cubs, it seems all the more important that these two get really comfortable with each other as double-play partners. So, if you’re like me, you find it delightful to see them working together this Februrary:

I imagine it helped in getting Hoerner and Madrigal together that they already knew each other from their days playing Team USA baseball and in the PAC-12. Hitting the ground running would be ideal, since we know the Cubs need every edge they can get in the infield defense.

To that end, it still remains very likely that the Cubs will add some kind of defensive-minded shortstop to the mix. And again, that isn’t because Hoerner absolutely cannot handle shortstop or Madrigal absolutely cannot handle second base – they will each see some time at those spots no matter what. Instead, it’s just that having a top-tier defensive shortstop, at least for part-time duty, will (1) protect against injury issues for a couple guys who’ve missed a lot of time, (2) free up Hoerner to play multiple positions, and (3) allow Hoerner to sometimes be the guy at second base, where he’s shown he can be elite defensively.

But, as I said, no matter what else happens – well, shy of an unlikely Carlos Correa signing – Hoerner and Madrigal will see some time together up-the-middle this year. So get in those reps, gents.