The Attendance Impact of Losing Games, the Other TV Issue, the Smile, and Other Cubs Bullets Skip to content 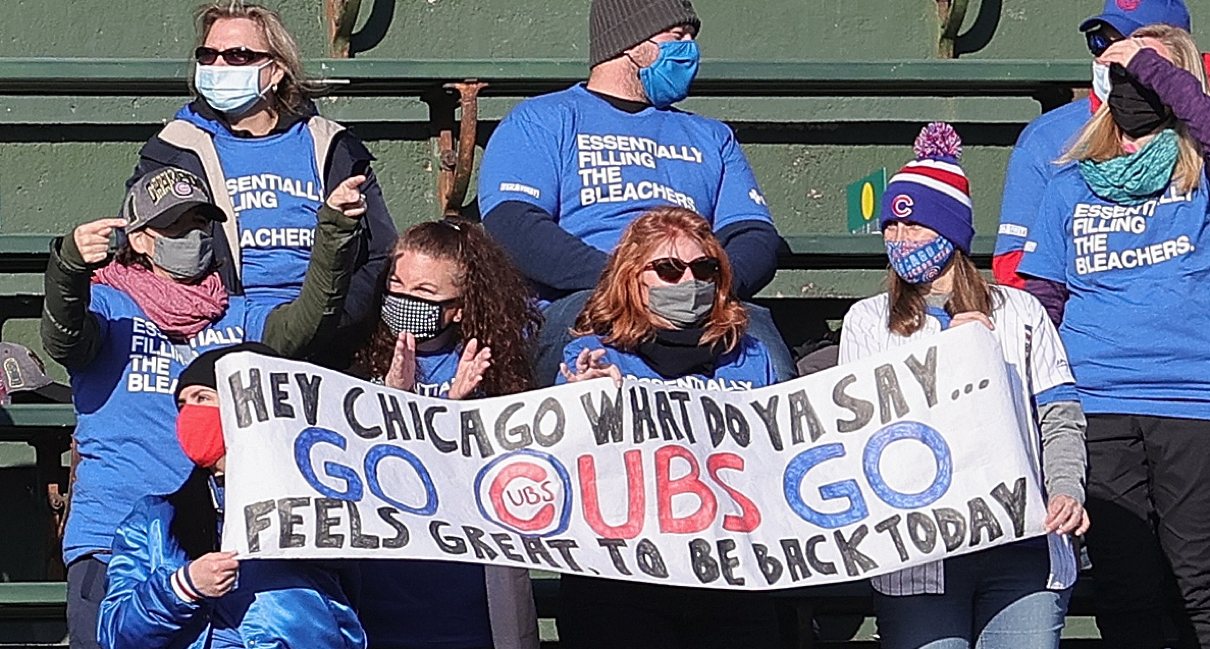 It’s been so hard to get my feet under me this week, because everything just feels so unsettled. I just feel like I’m all over the place – in my writing, in the topics, in the timing, in my relationships. None of it BAD, just scattered. I gotta get back into meditating, to be honest, because when I was diligent about it, I always felt a slightly better ability – throughout the day – to kinda reel things back in, and stabilize myself. Big recommend, by the way.

•   It’s easy enough to say that an MLB lockout that causes the first labor-related missed games in 27 years would do harm to the sport, but I appreciated Travis Sawchik providing some attendance context:

Of course, what's different now is that MLB no longer enjoys a growth story when it comes to attendance, which peaked in 2008 and has been on a gradual decline since. A lengthy work stoppage combined with a general ticket-buying slowdown could be pretty ugly …

•   On the one hand, the attendance decline in 1995 came after a VERY LONG strike that wiped out the playoffs and the World Series, so that is kind of its own animal. But on the other hand, this one comes after two pandemic-impacted years when attendance was already sliding in the face of alternative options, rising costs, waning interest, etc. We talk a lot about the TV-related revenue losses associated with missing games, but gate receipts, in-ballpark spending, and revenue from nearby owner-owned business all matter, too.

•   Speaking of the TV stuff, an important story within a story: as MLB cancels games and we consider the RSN implications (after 20-ish game cancellations, some teams have to start rebating their RSNs money for the broadcast rights), Sinclair is having a carriage dispute with Charter, a major carrier. They worked out a very short-term (month) extension, but it’s probably going to be an issue, and given that baseball season was about to arrive – with it, Sinclair’s Bally RSNs that carry half of MLB’s teams – the lockout seems like an even bigger problem for Sinclair. (This does not directly impact the Cubs and Marquee, which is half-owned by Sinclair, because it isn’t in a region served by Charter.)

•   You’ll recall that some have already predicted that the sinking RSN business is going to have to be dumped by Sinclair at some point – they’re making something of a streaming hail mary (and that could include helping the Cubs build a streamer for Marquee). You’ll ALSO recall that MLB doesn’t think Sinclair can be successful on the streaming side, and MLB wants to build out its OWN national, blackout-free direct-to-consumer streaming product. If you want to go all conspiracy theory and connect some dots, you might think to yourself: if the lockout really hurts Sinclair, it’s possible MLB would consider that a side benefit and might use it as leverage to try to BUY Sinclair’s RSN business on the cheap …

•   A little look behind the curtain on training when there is no Spring Training – players are just gonna be linking up wherever and whenever they can. Social media will be handy for that:

Let me know! I’ll be back Monday! https://t.co/HLa0P4rrGZ

•   A stray thought on Rob Manfred’s smile and chuckles as he readied to announce game cancellations, which may or may not mean anything, but sure are hard to understand:

Like, my countenance would be so dark and so dour that, while I might fluke my way into a gallows smile as my head shakes and its obvious to everyone that I feel like shit, I can't fathom being even remotely upbeat. At any moment. It's really hard to wrap my head around it.

•   I remember baseball fun, and an actually good reason to laugh:

The slowest called strikes of 2021. 🔥🐌🔥 pic.twitter.com/pyGYs0yrIY

•   Don’t miss out on the Illinois sports betting pre-registration bonuses at that link there, or here:

If you Illinois folks are gonna get into sports betting at the re-launch on Saturday, make sure you get yourself a pre-registration bonus before then. PointsBet gives you $100 just for registering (and then all the normal big bonuses at launch): https://t.co/YQ063jGTT6 pic.twitter.com/pqWUzkUSaQ