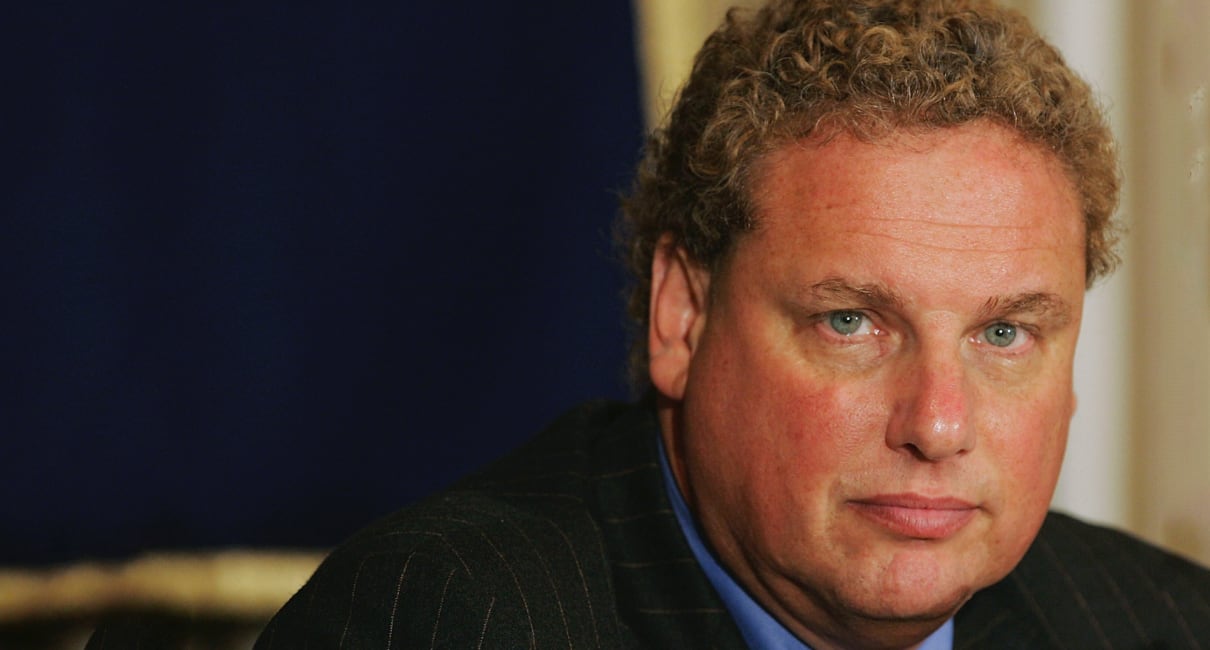 Earlier this afternoon, Yankees President Randy Levine became the first voice of the owners (outside of the commissioner) to speak publicly on the state of CBA negotiations with the MLB Players Union. I listened along and quickly jotted down everything he said (so these are not exact quotes, but the general gist of the conversation). Anything that’s in bold is the host’s questions/comments. And the words in italics are from me.

•   It’s horrible, horrible situation. Everyone shares the blame, players, owners, executives. It’s a really bad look, especially with what’s going on in the world. We (all) have to try a lot harder. We all look pretty bad.

•   I wants to educate the public – and the parties – to bring a positive result. For one, players are the game, we [the owners side] respect them, there’s no us or them, we’re all part of the same team. [But] Collective bargaining is about compromise.

•   Levine seemed to suggest that players are more about winning and losing (i.e. not compromise), but he softened that response immediately after saying it.

•   I was the chief negotiator in 1995, and I’ve been at the table since, but collective bargaining is about compromise. You win some years, you lose some years. Five years ago, the union made a deal and in that deal, they made choices. And that led to an economic system that they’re unhappy with and that they believe that went against them. That’s a decision they made, they received some things, gave away some things and they’re unhappy about that. But that’s in the past. Today, we have to understand where we are and why we are where we are.

•   To me, this was the crux of his entire argument. Levine makes some additional comments to the point above, but in short, he seems to believe the players are overreaching now to compensate for what (even he admits?) was a clear owners win the last time around. I’ll add that the last TWO CBA’s were actually huge wins for the owners, and I think he’s inadvertently making a good point for the players. Not that it matters.

•   The problem I’m hearing is people think there’s all this money in MLB (i.e. the post-COVID issues are behind us) but “nothing could be further from the truth.” And i’m talking about the Yankees, who are one of the highest revenue sports teams. Baseball lost billions and billions of dollars. They lost TV revenue, there were not fans for part of the 2021 season, etc. There’s not all this new money coming.

•   The players need to understand that there’s a finite amount of money – the owners offered $700K minimum salary to start (Michael: No, not to start, but whatever), and that may not be enough for the union, but that’s a huge increase. The owners also added the arbitration bonus pool. And if you want to give those (early-career) players more money, then there’s less money for the older players. There’s not enough money in the system to take care of the 4-year guy who gets non-tendered or the older free agent who maybe doesn’t get a new deal. Players need to do what’s practical.

•   The Yankees have different goals than some of the other teams – it’s up to the commissioner and clubs to make sure that we get all of our stuff compromised – you can’t ask the players to do something they don’t have the votes to do. Collective bargaining is compromise in the world of reality.

•   Owners have increased the salary minimum, did the bonus pool, Rule 5 Draft slots have gone up, we added a draft lottery, gave them service time protection, draft pick compensation, etc. And to be fair, players have also given in – they’ve allowed rule changes to be made as soon as 2023, added an additional playoff round, added the jersey patch, etc. Both sides have made compromises. And as long as we’re talking about what’s reasonable or possible, we should be able to get it done.

•   Small market teams are just not blocking the CBT “That’s just not true” owners are pretty locked in with one another. Everyone understands there’s compromise needed. Also, Rob Manfred shouldn’t get as much heat as he has received.

•   Again, players have done really really well, and they have also gave up some big things (patch, playoffs) and we get that.

•   Are certain owners willing to sacrifice April because of low-revenue, bad weather months? Absolutely not – they’re absolutely sick to their stomach over that. They lose money when games are cancelled. Absolute fallacy.

•   So what happens now? All of us have to try harder, get back in the room, this is not about winning or losing, everyone is on the same team, the players are upset about 5 years ago and they felt they made some wrong choices.

•   See? That’s clearly the theme, here. The owners throttled the players on the last two CBAs – and evidently they know that – and now the players are trying to re-even the playing field, seemingly too quickly for the owners liking.

•   Why are owners at only $220M for the first CBT tier given rising revenues and inflation. And also the gap between the owners and players doesn’t seem like it’s too much to give up: That’s for people at the negotiating table to do. (Suddenly he can’t speak from a position of authority, which should tell you what you need to know about the importance of the CBT to the owners). I’m not at the table this year, at the end of the day, the owners relented on added CBT penalties that’s a big deal, they hurt. But players only went down from $240 to $238 for the first tier [which isn’t enough]. With that said, this is NOTHING to shut down the season over in my opinion, this is a cormpromisable gap.

•   Isn’t it easier for billionaires to compromise than millionaires: That’s a “not true” way of looking at it. It’s rhetoric, it’s not helpful. We’re trying to meet [the players’] needs, but there’s not endless money out there, especially after COVID, it’s just not true.

Yankees president Randy Levine: “Nobody’s crying poverty. What people are just saying is we need to be appropriate and proportional in how much money is out there so it’s realistic and not unrealistic.”

•   Tanking is a big issue, everyone understands it, the lottery is a good idea in my opinion, but me, personally? The way you solve that is a minimum payroll, the clubs offered that, the union didn’t want to discuss it.

•   In reality, most teams treat the CBT as a cap so why won’t players agree to a cap and a salary floor? You have to ask them about that. But the CBT is a threshold it’s voluntary. The players are always against a cap, god bless them that’s their choice. But the CBT is not a cap. The Yankees, Red Sox, Dodgers, Phillies have gone over it and it’s going up. It’s going up. It’s just a question of how much for competitive balance and you just gotta find a way to make the players feel like it’s gone up enough. It’s a number. We should be able to compromise.

•   I don’t even want to think about there “not being a season” that’s a mind-boggling hard, hard thought, shame on all of us if it gets to that.

•   Why aren’t you in the negotiating room with them? We have a great team, Dan Halem is a good negotiater, Manfred has done a good job, we just all need to do better we need to get this done, compromise and get this done

•   Is there a deal there? I do think there is. Both sides need to understand the other constituencies, there’s not endless money, and do a deal in what “art of the possible.” This is doable. We need to get this done. Nobody wants to lose games, nobody. It’s not a question of resolve. that’s the wrong way of looking at it.

•   We can’t change what happened five years ago. It’s not about correcting it all at once. It’s about incremental change.

•   Once again, five years ago was brought up unprompted. And for what it’s worth, I feel that the players have already largely abandoned wholesale change (earlier free agency, earlier arbitration, etc.). So this is just not working for me.

•   “You say there’s no endless money, but the owners effectively do have endless money, don’t they? “No they don’t! No one does. We’re not the federal government we can’t just keep printing money.” That statement has no sense in reality, teams are very expensive to run, they appreciate in value, yes, but at the end of it, there’s not endless money. Thats just not the way it works in the real world. You can pretend that there is, but there just isn’t that kind of talk is just really unproductive, because it’s not realistic and it gives people the false sense of what’s going on. There’s a difference between owning an asset that appreciates and the actual operating revenue. You just need to be realistic

•   Are you afraid that the fans are going to say “I’ve had enough” “Yes, very afraid.”