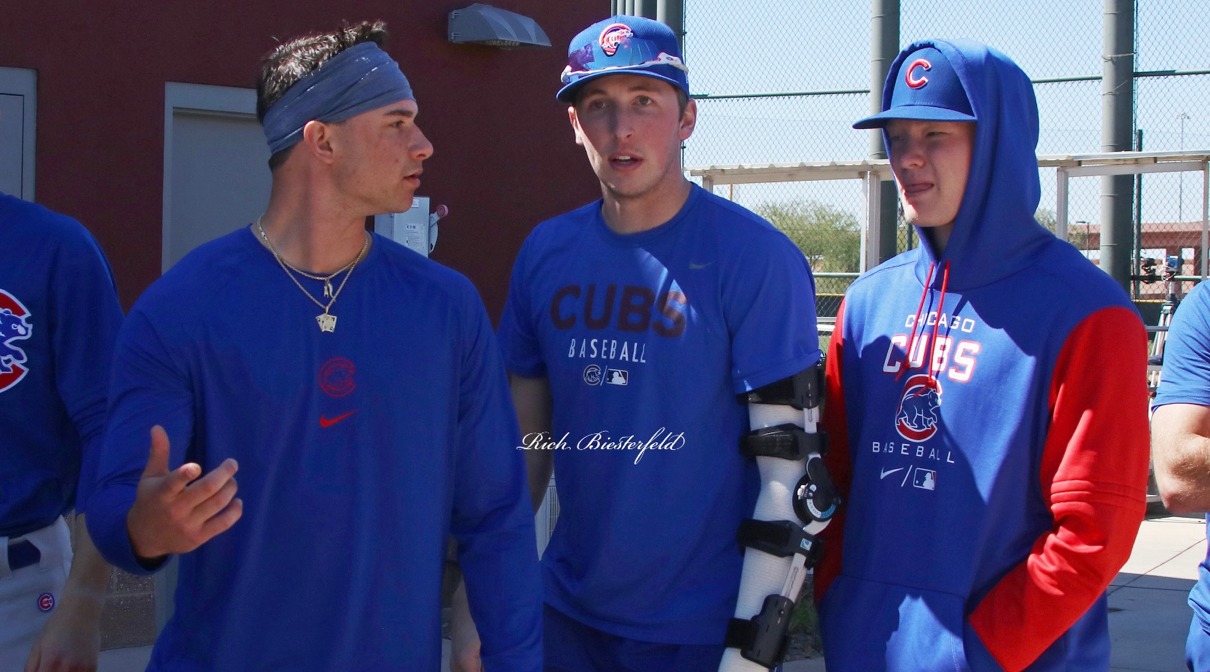 Another bad news pitcher injury situation. You know what this time of year is about, man.

The Cubs’ third round pick in 2021, lefty Drew Gray, was getting SERIOUS helium in the fall. Anyone who actually saw him came away with the impression that (1) the Cubs had gotten a steal in the third round thanks to Gray focusing solely on pitching later, and (2) he was going to be a top 15 prospect in the system by mid-year because he was developing so rapidly. And I heard it from many people.

So this is a huge, huge bummer:

Four #Cubs pitchers drafted out of high school – @KoenMoreno @TylerSchlaffer @drew_gray5 @DavidjohnHerz – and 2021 free agent signing Jarod Wright. Yes, that's a brace on Drew's arm and he did confirm that he had to have TJS. (And he told me it was okay to post this info.) pic.twitter.com/fVvtWDgdF8

So that’s Gray and Codi Heuer getting Tommy John surgery very recently, and you just hope no one else is revealed soon. The Cubs have generally been pretty shielded from Tommy John surgery the last five years or so (which is probably some luck, but also because they’d gone with “safer” arms for so long). You just hate to see guys losing an entire year, and then obviously the risks upon return.

Bryan makes the point that, at least for a young guy, the year doesn’t have to be a total developmental loss: “I have no doubt that Drew will come back from this and be the top prospect he’s destined to be. I imagine rehab will come with some weight room growth and it would not shock me if, like Justin Steele before him, Drew comes back from TJ with the best stuff of his life.”

All the best to Drew Gray on the recovery and rehab, and we’ll look forward to seeing him back out there in 2023.