It’s Done: MLB and the MLBPA Agree on a New CBA Skip to content 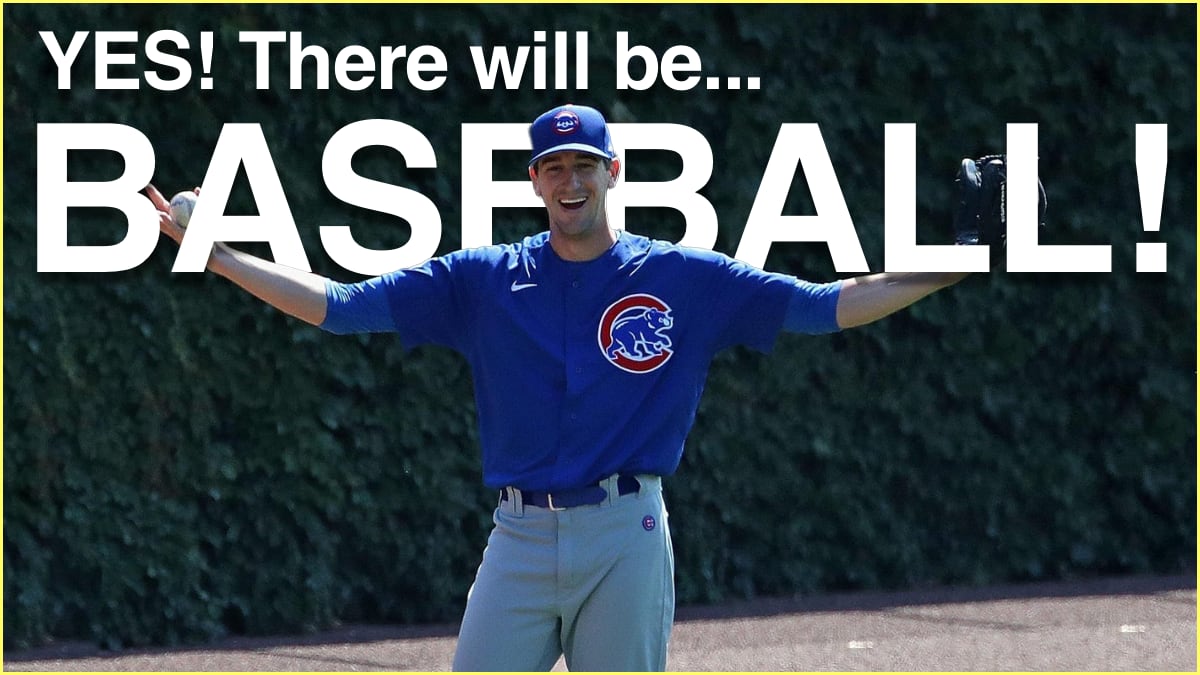 FINALLY. Thank god, finally. The lockout was equal parts exhausting and painful, but it is finally over. Baseball’s owners (MLB) and players (MLBPA) have reportedly agreed on a new Collective Bargaining Agreement (CBA), and that means there WILL BE BASEBALL IN 2022!

BREAKING: Major League Baseball and the MLB Players Association have reached a tentative agreement on a new labor deal, sources tell ESPN. While it still needs to be ratified by both parties, that is expected to be a formality, and when it is:

And because a deal was completed by MLB’s (fifth and completely arbitrary) deadline, that also means we will get to watch a full 162-game season! In other words, no missing regular season gate revenue for the owners, a full-season’s pay and service time for the players, and NO MISSED GAMES for the fans. The schedule may be a little cramped at times, and there will be some extra (nine-inning) doubleheaders scattered throughout, but those are details and worries for another day. For now, it’s time to celebrate. And also prepare for the on-coming storm of an expedited Offseason II, which is going to open up TONIGHT! Players will then report to Spring Training tomorrow. Other than that, Spring Training games will start about a week from now, with Opening Day moved to April 7 for most teams.

There are still so many details to comb through and consider – and we will get into all of it soon – but among the big ones.

•   The “base” level of the Competitive Balance Tax (CBT) Threshold (a.k.a. “the luxury tax”) has risen to $230M in 2022. After that, there are three additional levels (in 2022): First Surcharge (TBA), Second Surcharge (TBA), and Third Surcharge (TBA). The Cubs already did have an absurd amount of room to operate under the CBT, but that space has risen even further this afternoon.
•   The playoff format has expanded to 12 teams. The owners had been seeking a further-expanded, 14-team playoff format, but the players were able to hold them off. To be sure, a 14-team postseason is likely coming eventually, but hopefully not until at least after the league expands to 32 teams.
•   The MILB minimum salary has increased to $700K for 2022.
•   The Pre-Arbitration pool is $50M
•   The universal DH has officially arrived. The Cubs are not expected to seek a dedicated DH this offseason, though the addition of the position in the NL could encourage more aggressive pursuits of older bats.
•   By contrast, MLB will *not* ban the shift, increase the size of the bases, or institute a pitch clock until at least 2023.
•   A decision on the International Draft and Draft Pick compensation has been punted to mid season.

There are, of course, many other very important changes to the game in this new CBA, but until we see every single detail it’s going to be very difficult to evaluate. Either way, we can save that for another post. For now, one thing is certain: There will be 162 games of MLB in 2022. And for that, we can all be happy.

Here’s what comes next.

Offseason Part Two is Here: So What Exactly Still Has to Be Done? – https://t.co/jUzt1elPA1 pic.twitter.com/0fhQQrCBot