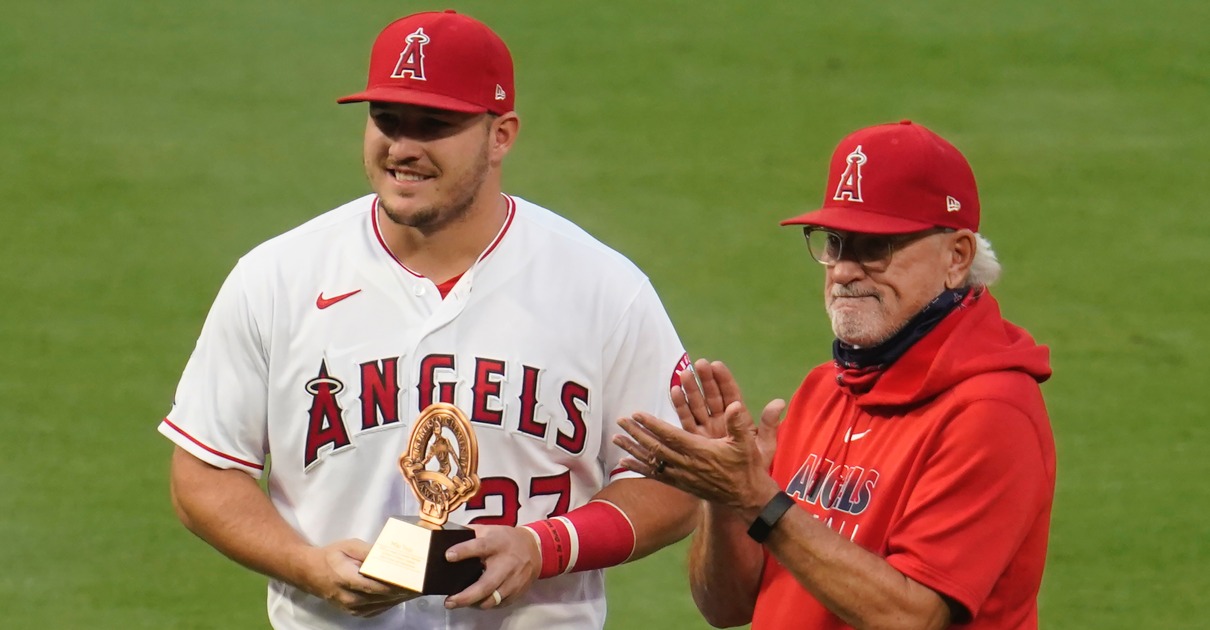 The good news is that Mike Trout is healthy after a dramatically shortened 2021 season (calf). No one wants baseball to be without the best player in the world, and we’ve all gotten too little Trout the last couple years.

The medium news is that Trout might have to move out of center field eventually, as nod to the fact that he’s now 30, coming off that injury, and eventually the time will come.

The bad news is that Trout found out that the Angels were already considering moving him … on Twitter:

#Angels MGR Joe Maddon said he is considering moving Mike Trout from CF to corner OF spot. Brandon Marsh would probably be CF if that happens.

Mike Trout said he and Joe Maddon had a talk today about whether he should play CF. He said they’re “on the same page,” but added he prefers to play CF. Also said he found out about it on Twitter yesterday. #Angels

Mike Trout said he wants to play center field. He talked in a “lengthy conversation” with Maddon and Perry today. Added “I could see down the road possibly moving to a corner,” but doesn’t like he wants that this year.

Good that they got back on the same page, but geez. You, uh, don’t want that happening to your franchise superstar. There were sometimes communication-related questions when Joe Maddon was with the Cubs, and although Maddon was just answering pretty normal questions, I would think that’s a sufficiently sensitive topic that more care would be warranted.

Meanwhile, this is Maddon’s final year under contract with the Angels, who undoubtedly want to maximize this window when they still have Trout and Shohei Ohtani. That is to say, everything about the Angels this year is going to be magnified.