Whoa, Wait, the Cubs Are Involved in the Kyle Schwarber Pursuit? Skip to content 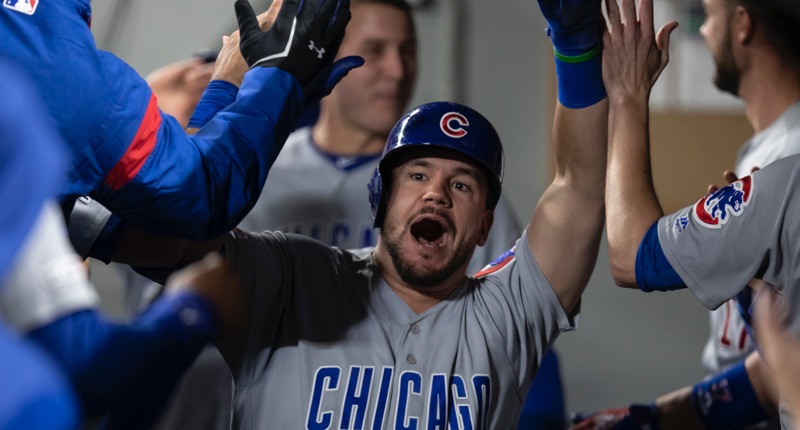 Is tonight Reunion Rumor Night or what? First it was the Cubs reportedly getting back in touch with Anthony Rizzo’s camp, and now they might also be in on Kyle Schwarber?

Former #Cubs star Kyle Schwarber has emerged as one of the hottest free agents still available and has several teams in hot pursuit including the #Jays, #Red Sox and #Cubs. He will not come cheap. Cubs are in on multiple outfielders.

Schwarber has been the subject of some of the spiciest rumors of Offseason Part Two, and it makes sense: he really broke out last year, he can theoretically handle a couple positions, he’s still on the right side of 30, and the NL just got the DH. He’s going to be very well-paid. It has sounded for a bit like the Blue Jays were making the biggest push, but no one has reported that a deal was close. Maybe the Cubs really are in on the bidding? It’s not like they couldn’t use a lefty power bat – we’ve been saying that for a while, I just didn’t know if a reunion with Schwarber was a realistic possibility.

Keep in mind, the Cubs DID let Schwarber walk via the non-tender, and pretty clearly chose to sign Joc Pederson to a one-year deal instead. After that, Schwarber said all the right things, and certainly left the door open on a reunion (why would he close it?). As with Rizzo, never say never.

Also note, the Cubs are very serious about their pursuit of Seiya Suzuki, and, although there isn’t a precise overlap there with Schwarber, you do wonder if this is an either-or situation for the Cubs (each could more easily pair with Rizzo, for example).