The First Two Cubs Lineups of the Spring Are Here! Skip to content 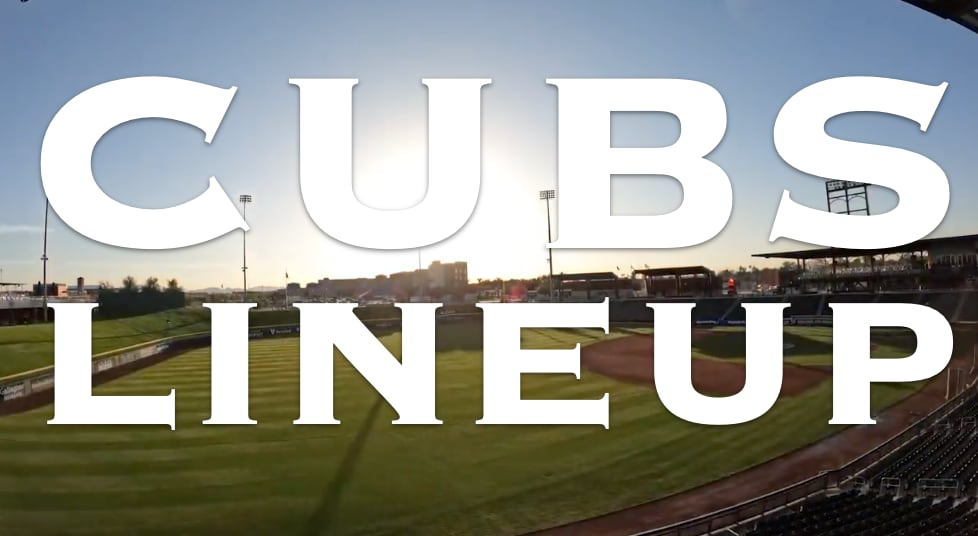 Although the extended offseason lockout left us without a full slate of Spring Training games to enjoy, the two teams in Chicago got together and beefed it back up. At 3:05 CT today, the Chicago Cubs and Chicago White Sox will play split squad games at the Cubs’ Sloan Park and wherever the White Sox play (probably some local high school after the JV practice, I don’t know).

You’ll be able to watch both games on TV, but we’ll get to all that stuff in the Pre-Gamin’ post a little closer to the action. For now, I’m just excited to share the first TWO Cubs lineups of the year.

All jokes aside, this is going to be the game to watch today. Not only is Kyle Hendricks starting – and being followed up by Jordan Wicks (the Cubs 2021 first round pick) – but the lineup also features Brennen Davis *and* Pete Crow-Armstrong. That’s three of the Cubs top-10 prospects in action at once. I’m so ready for that (especially for PCA, whom we’ve seen so little of so far).

Speaking of which, it’s interesting to note that PCA is playing left and Davis is in center, but the answer is probably pretty simple: PCA is already a no-doubt, sure-fire, glove-ready center fielder. He’ll get his shot there when the time comes, and he doesn’t need the reps right now to get it right. Davis, by contrast, is likely to stick in center for at least a while, but could debut there for the Cubs *this* season. Extra reps are simply more useful to the organization and I bet we see Davis there all spring.

You may not immediately recognize as many players in the Cubs away lineup, but you should be excited to see a few. For example, Kevin Made (Cubs No. 15 prospect) is getting the start at shortstop this afternoon, which will be a great opportunity to get eyes on a potential big-time system climber. There’s also Bryce Ball (Cubs No. 37), whom the Cubs got back from the Braves in the Joc Pederson deal last July, at first base. Ball is so big, his nickname is – no joke – Ball Bunyon.

And, of course, there’s P.J. Higgins, who may again figure into the Cubs big league catching depth this season.

But the most important thing is that the sun is shining. The birds are chirping. And baseball is back.