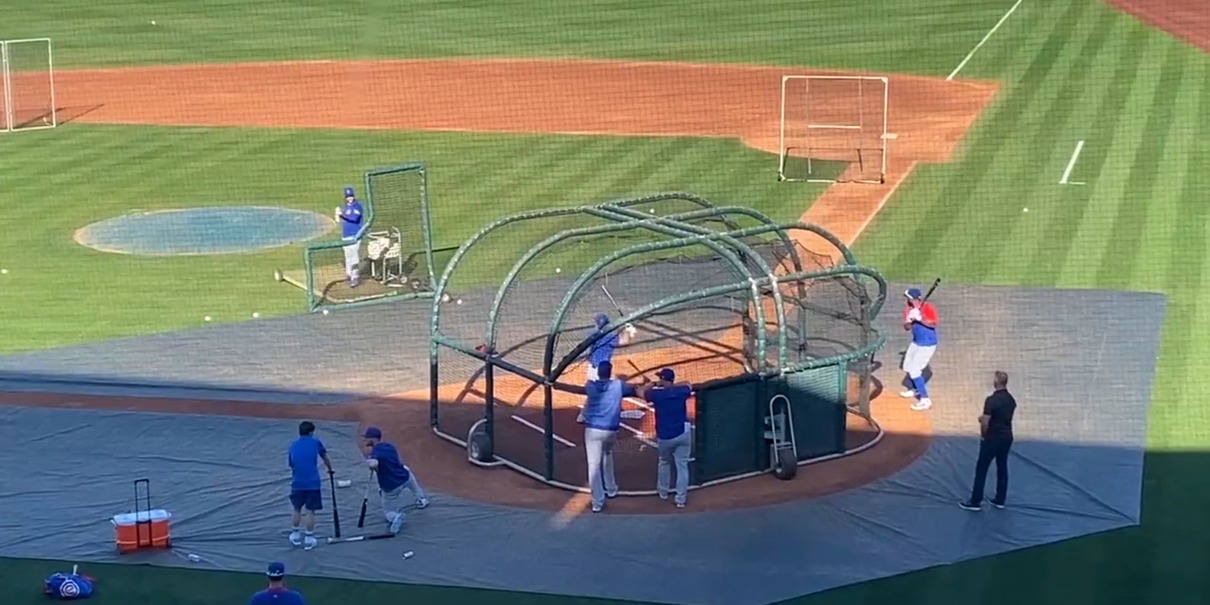 Today, Cubs outfielder Seiya Suzuki was officially introduced, and immediately set about participating in Spring Training with his new mates. Being that he is one of the most significant Cubs signings in a while, one of the biggest stars in Japan, and a pretty important part of whatever is coming over the next few years for the Cubs, it was a big day.

I thought you might want to enjoy the visuals from his arrival, including the full press conference, which was not streamed live, but has since been shared. Enjoy, including Suzuki’s first batting practice with the Cubs:

Yes, it’s BP but he sure was making it seem pretty effortless driving the ball. Looked like Suzuki hit about 10 homers by the time he was done. Here’s a couple of them: pic.twitter.com/ZdskIMkxXO

Suzuki salutes Ethan Roberts after the pitching prospect gets a whiff to end the slugger’s first live AB of the spring. pic.twitter.com/95E1Gptscd

Seiya Suzuki jumped right into Friday's workout. Went through baserunning and defensive work. He'll be standing in for live BP at Sloan Park, too. pic.twitter.com/iTI7UmA8Xi