Jonathan Villar is in Cubs Camp, and His Extreme Versatility Will Provide Considerable Value Skip to content 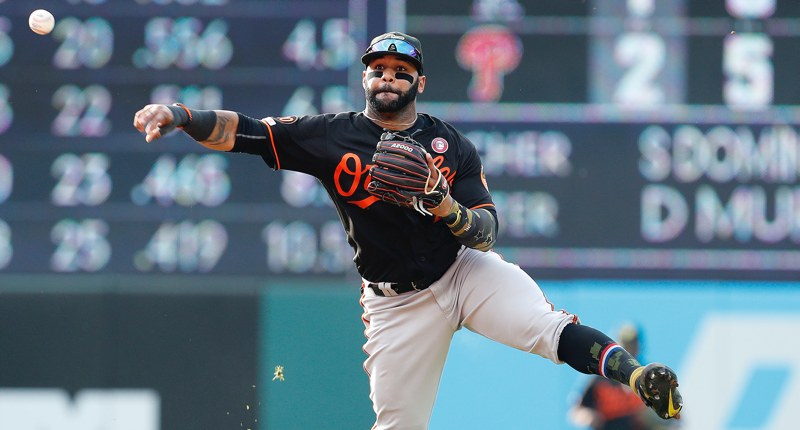 The Chicago Cubs’ newest infielder, Jonathan Villar, is in camp now, working with the coaches, and likely soon approaching his Spring Training debut.

The Chicago Cubs really didn’t sign Jonathan Villar to be some specific guy. That tends to be the way we react to various moves – this guy is being brought in to be the center fielder, to be the lefty setup guy, to be the speed off the bench – but in Villar’s case, while we can project some ways he’ll work his way in, he was signed to be a guy who is simply good to have on your team.

When FanGraphs wrote up the signing, they summed it up better than I could:

Jonathan Villar Joins the Cubs as Their Newest Jack of All Trades https://t.co/PcFJQqEZbu

Versatility is one of those things that’s hard to put a precise figure on, but having a player such as Villar on your roster is basically like giving yourself a 27- or 28-man roster. He won’t remind anyone of Ozzie Smith at short, but that’s hardly the point with a player with his skillset. Whatever infielder you lose to a pulled hammy or a sprained elbow, Villar represents a 20/20-capable player who can man the position. He’s played much less often in the outfield, but there’s no particular reason to think he’d be a problem out there; he’s certainly fast enough to play even center field, and he stole 40 bases as recently as 2019. Being versatile isn’t one of the parameters that ZiPS looks for when making comps, but it still warms my heart to see Tony Phillips, the Platonic ideal of a super-sub, showing up high in Villar’s comp list at 15th. If he is 80% of Phillips, the retooling Cubs ought to be overjoyed with how their $6 million was spent.

In support of the perspective that Villar is simply good to have on your team, Dan Szymborski got curious how he would project by ZiPS if he were a full-timer at any one given position. While he doesn’t come out to above average at any spot, he’s pretty close to average at second base, third base, and shortstop. And at every other spot except first base, he projects to be worth at least 1.1 WAR. In other words, even if you had to turn over any position to Villar full-time – except for first base – he’s going to be solidly above a replacement player. That has value that is, as Szymborski notes, hard to quantify. And it is even more valuable when that guy can move around all of those spots on a near daily basis when he isn’t needed longer-term as an injury replacement.

Also, get this: only 71 players in baseball history with at least 3,000 plate appearances have played at least 10% of their games at each of second base, third base, and shortstop, and Villar is 18th by OPS. The best of the best at shortstop would never accumulate enough games at second or third to qualify for a list like this (though note that Javy Báez is on the list, ahead of Villar), so it’s not about saying he’s one of the best players ever. It’s just saying that, among the types of guys you WOULD want to move around the infield – the guys who aren’t quite good enough to be obvious starters at a set position – Villar is one of the best.

And he has power. And he switch-hits. And he runs the bases well. And he can play in the outfield, too, if you need it.

In other words, he’s just a good player to have on any team, whether that’s the Cubs through July or, if things go poorly, another team thereafter in trade.