When I first glanced over the headline of Jayson Stark’s latest at The Athletic — something about second base being closer to first base next season — I just assumed the article was about the bases getting bigger, something we already knew MLB intended to test out this season alongside shift limits, pitch clocks, and robot umps. But I was very wrong about that. There is something much bigger coming, and I kinda can’t believe it hasn’t gotten more attention yet.

According to Stark, in the second half of this season, MiLB will be moving second base inward, which, when combined with those larger bases, will make the bag MORE THAN A FOOT closer to first and third base: 13.5 inches, to be exact.

The reason — traces back more than a century to the weirdness of where second base was originally located on the diamond. Spoiler alert: There has never been a distance of 90 feet between first base and second base, or between second and third, for that matter. That’s part of this. I’ll explain. But first …

The goal — is to create a shorter distance between the bases. And what’s the point of that? To encourage more base stealing and maybe even more thrilling first-to-third base-running action. What else? I can help you with how that would work, too. But before I do …

Alright, there’s a lot to unpack here, but let’s start with the fact that there’s not actually 90 feet between first and second base (or second and third, for that matter), because that took a visual to really appreciate.

Below, you’ll see an illustration of the infield per the official rulebook of baseball. And immediately, you should note that while first and third base are tucked within the infield diamond, second is actually centered on its corner. Why? Well, in short, first and third base used to have a similar alignment to second, but their position was changed to help umpires call balls fair or foul down the left and right field line, which makes sense (if it’s over the bag, it’s fair). 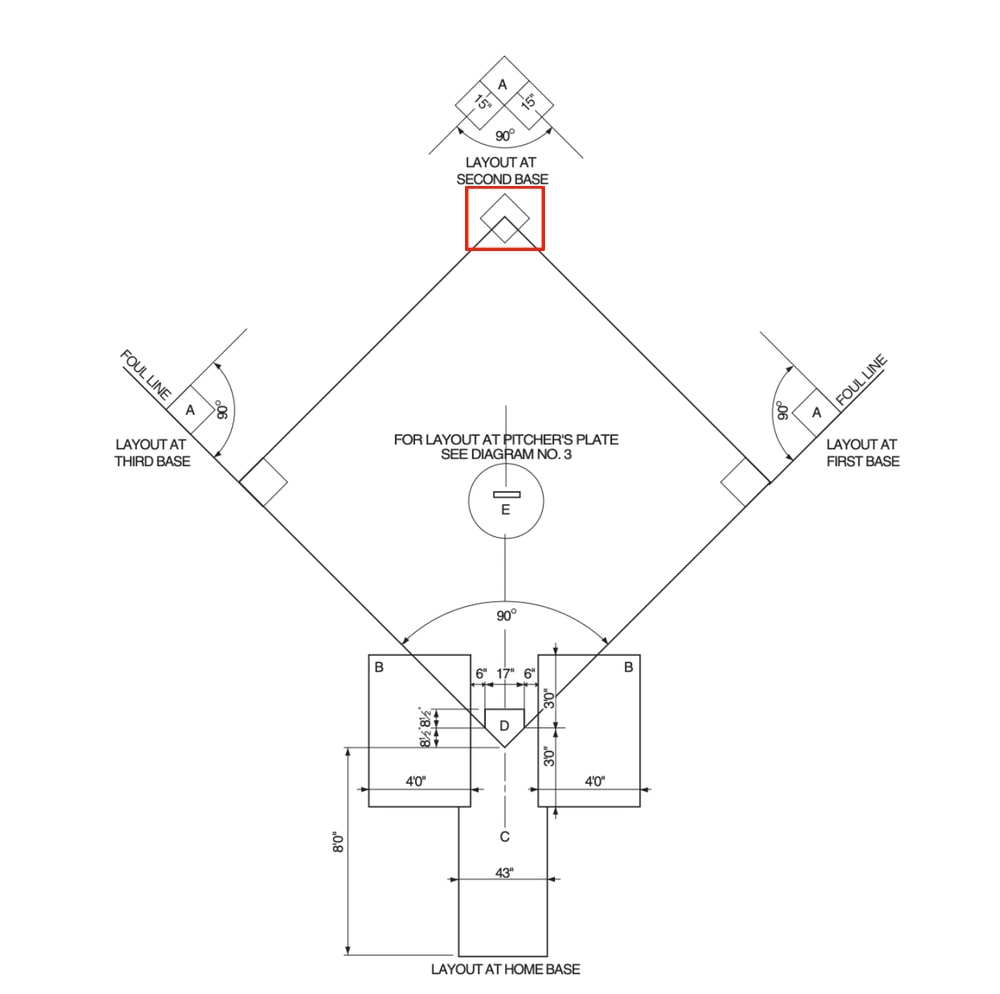 So in reality, the difference between the bags in question was 88 feet, 1.5 inches. But now, once second based is moved into alignment with first and third and the bases are expanded, the distance will be 87 feet. That’s a pretty huge difference and could certainly encourage more base stealing and more attempts to stretch singles into doubles and doubles into triples (and more first to third action, etc.). Point being, this should encourage more action on the field, which has been one of baseball’s primary directives over the last decade.

But there is one more interesting part to this story.

Evidently, this entire setup – the bigger and repositioned base(s) – was tested out on a limited basis in Triple-A last season (in the Cubs Triple-A league, as a matter of fact). So what were the results? Well, the stolen base success rate did tick up from 74.8% to 77% (not massive, but notable), but the attempts hardly changed at all. On the surface, that may seem discouraging, but the tiny sample of games and involved parties, plus the lack of fanfare and head’s up time, prevented teams from tweaking their base stealing strategy.

That should change this year, when all 30 teams are aware of and involved in the change and reconfiguring their stolen base algorithms to account for what should default to a higher success rate. Whether the results are significant and/or positive enough to bring this up to the big leagues remains to be seen, but I don’t think last year’s limited data is indicative of anything one way or the other.

In any case, if this rule does make its way to MLB in 2023, we might have a very different game on our hands. One where contact (limited shifts) and base stealing (closer bases) matters as much as it once did. Or at least more than it does now.