At their best, the 2022 Chicago Cubs offense is a group full of What Ifs?

What if Patrick Wisdom and Frank Schwindel can actually be productive after finally getting their shot? What if Nick Madrigal can hit for just enough power to be an impact-bat, relatively speaking? What if Nico Hoerner stays healthy? What if Clint Frazier’s injuries are behind him? What if Ian Happ and Seiya Suzuki hit as well as we think they can? And so on.

FanGraphs is rolling out their 2022 positional rankings, and when it comes to their projected impact behind the plate, the Cubs are unspectacular. 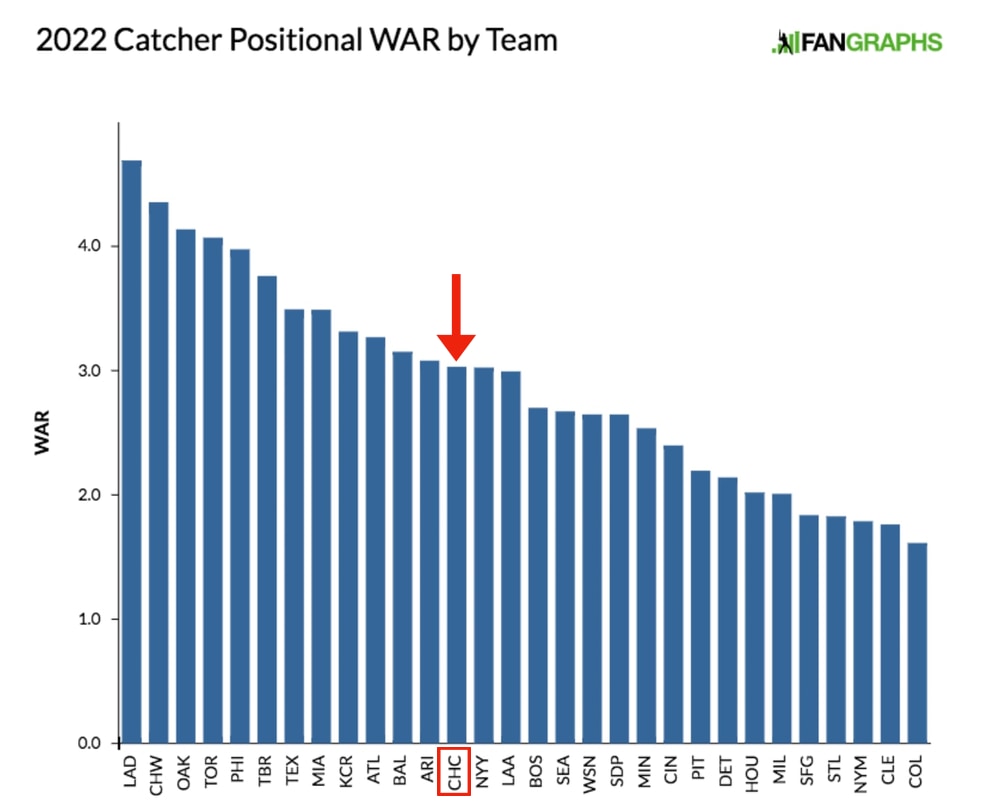 Specifically, the Cubs rank 13th, though it’s important to remember this is just a ranking of projected WAR and just for contributions behind the plate. I say that for two reasons: (1) The Cubs will likely use Contreras at DH a fair amount this season, and that value is not captured above (indeed, it could actually be syphoning off some projected value) and (2) I’d actually take the potential UPSIDE of the Cubs catching duo over some of the teams ahead of them.

We’ve all seen what Contreras can do when he’s healthy and rested, which should be easier to obtain this season with the DH and a very good backup. Plus, Gomes is just a really solid catcher. He’s a borderline starter and one of the better backup catchers in MLB. If deployed strategically, I wouldn’t be surprised to see another very solid season from him behind the plate.

But that doesn’t mean we can just ignore the reality of the situation. We may have some reasons to be more optimistic about the Cubs catching duo, but so do other teams. The entire point of these projections is to eliminate the noise and bias and hope, and that leaves us with the Cubs strongest positional group as barely more than average heading into the year.