Scott Effross, Horizontal Approach Angle, and the Benefit of Being Extremely Weird Skip to content

On Saturday, Cubs reliever Scott Effross threw his fourth scoreless outing of the Spring. Yesterday, he followed with his fifth, and hopefully moved himself one step closer to securing a spot in the Cubs Opening Day bullpen. And I use “hopefully” deliberately there, because Effross’s sidearming style is just so dang fun to watch pitch.

Scott Effross is a unicorn.

On its surface, this is a bit of a bold take. There are other sidewinders out there in baseball, and Effross has neither the velocity or pitch movement to separate himself from that pack. But what he does have is the release point. The weirdest release point. The most extreme release point. (Thank you to Dylan Heuer for the image above, which shows that weirdness so well.)

During the 2021 baseball season, not a single pitcher released the ball more towards third base than Effross. The righty told me that he always stood on the third base side of the rubber when throwing over the top, so when the change to sidearm happened in late 2019, it was natural for him to continue to pitch from there. And once he got comfortable from there, the Cubs and Effross saw the benefits of the extremeness of the angle that balls were entering the zone from.

More on this soon, but I wanted to share the Baseball Savant leaderboard for the 2021 pitchers that released the ball more towards 3B than anyone else.

We know anecdotally that being unique is a good thing. It’s something we’ve seen the Rays prioritize in their own bullpen construction. And we know that being a guy with a low release point helps, very generally, as Vertical Approach Angle (VAA) has been the hot topic around baseball for a couple years now.

I want to get into that horizontal release point, because that’s been far less explored, and I think it is absolutely key to Effross’ success.

In 2020, Ethan Moore wrote about Horizontal Approach Angle for Prospects 365, and this offseason Owen McGrattan did the same at FanGraphs. The latter wrote, “Horizontal approach angle takes into account release point, pitch location, and pitch movement to measure left-to-right (or right-to-left) angle as the pitch enters the zone.”

At Baseball Savant, Statcast measures a pitcher’s release point both vertically and horizontally. The horizontal release is measured from the middle of the rubber, where zero equals middle-rubber, positive numbers are towards first base, and negative numbers are towards third base. I put right-handed release points from 2021 into half-foot buckets in the Savant search query, and boy, this sure looks meaningful:

That’s a pretty distribution to help prove how being weird is good, isn’t it? And, again, at an average of -4.38, Effross is the most extreme of anyone. I’m willing to say with relatively certainty that Effross’ release point is going to help him succeed. And he did succeed in 2021, as we should re-emphasize.

After getting promoted to Triple-A in June, Effross made four spot start appearances for a depleted Iowa Cubs pitching staff. Upon transitioning back to short relief at that point, Effross was incredible the rest of the season, split between AAA and MLB: 42 IP, 25 H, 2.14 ERA, 9 BB, 46 K. He held lefties to a .593 OPS, which is eye-popping stuff for a right-handed sidearmer, against whom you might otherwise project a lot of success for lefties.

But it is worth pointing out that Effross did allow a .806 OPS to righties, which I think helps highlight the limitation in using only release point in talking about his horizontal approach angle. For example, Kyle Ryan showed us in 2020-2021 that an extreme horizontal release point can’t help overcome below-average movement on pitches in the zone. And I do think that Effross will need to locate his sinker/slider combination better to righties in 2022 for the results to continue.

Pitching is about so many things at once, that we can’t guarantee success by any single measurement: stuff, command, deception, sequencing, tunneling. But we can recognize that being on the upper bounds in any one area sets a pitcher up well, and to that end, it sure seems like the decision to drop Effross’s arm slot laid a foundation that an effective Major League set-up man could be built upon.

Now we await the Cubs’ bullpen rostering decisions. With minor league options remaining, Effross might wind up on the outside looking in, though I think the Cubs could really benefit from having him in the mix from the jump. 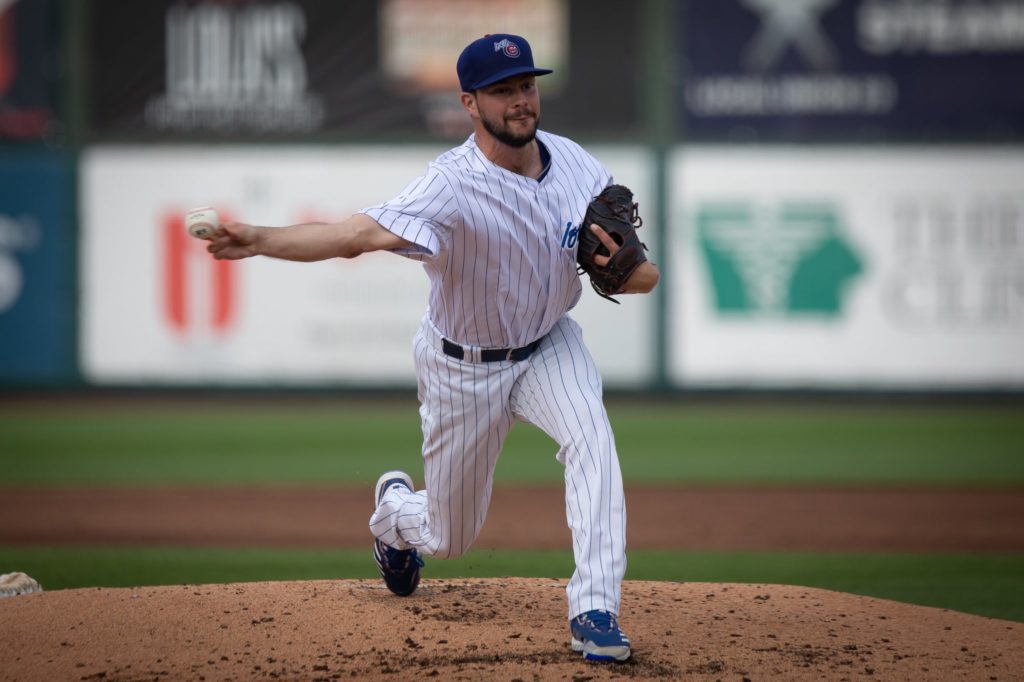