Opening Things Up, Hendricks and Burnes, Suzuki Debut, and Other Cubs Bullets Skip to content 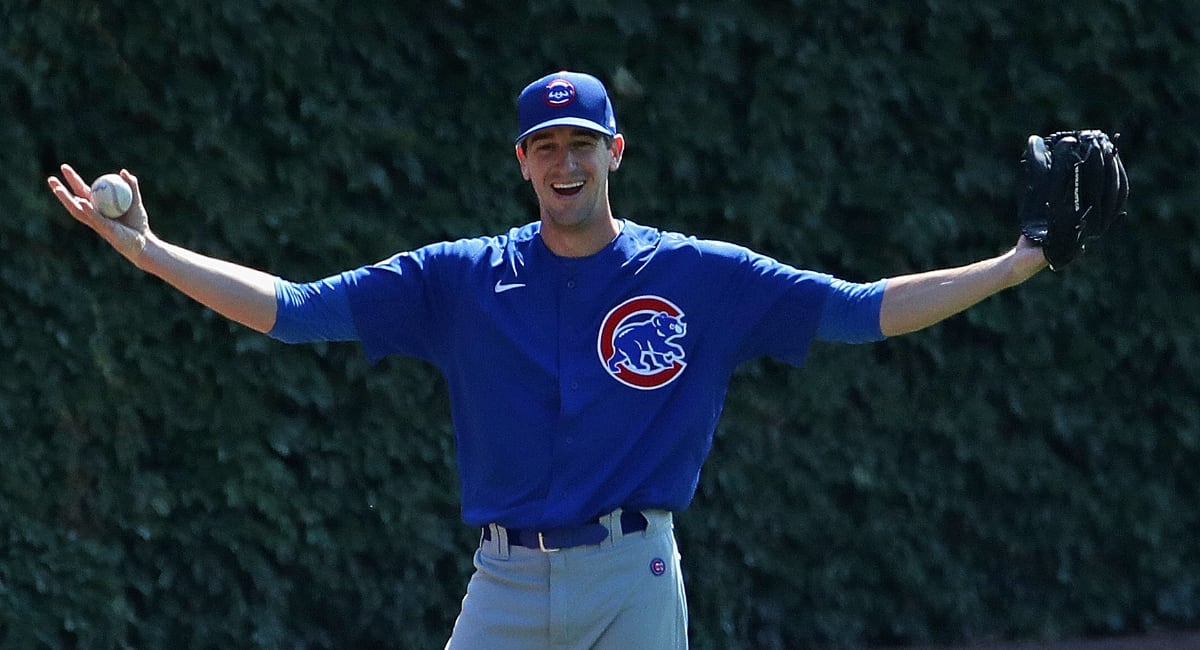 Whatever my longer-term thoughts on the likely competitiveness of this year’s Cubs team, I am nevertheless stoked to be going to Opening Day today. It’s my first Opening Day at Wrigley Field in three years thanks to the pandemic, and I’ve missed it. We’re allowed to have fun, right?

I’ll be in the right field bleachers – with Michael, Luis, Eli, and Bryan – so if you happen to be around and want to say hey, come say hey! I’ll be the one absurdly underdressed for the elements but at least I’ll have gloves!

•   It’s gonna be a tough one today for the Cubs, who are not only facing one of the best pitchers in baseball in Corbin Burnes, but they are going to be facing him in terrible, cold conditions, having come from the warmth of Arizona. The wind might be howling out, but I’m thinking the offense is still going to be very tough to come by. There is also the question of Kyle Hendricks’ early-start home run propensities – it would be nice not to see the Cubs immediately in an early hole, and having to come back against Burnes.

•   But hey, the last time Kyle Hendricks opened at Wrigley Field against the Brewers after a delayed start to the season … it went pretty well:

•   It’s gonna be so fun to see Seiya Suzuki take the field and come to the plate for his first MLB at bat at Wrigley Field. It’s a special moment. Of course, like I said, it’s gonna be against Burnes in the freezing cold, so Seiya is probably gonna be like, “What the eff did I just sign up for?”

•   More on the Cubs recruitment of Seiya Suzuki:

"I almost vomited." A look into the tireless efforts to bring Seiya Suzuki to the North Side. Yu Darvish's impact, the personal touches on recruiting videos, a near missed flight and the best dog park in America. Story w/ @PJ_Mooney: https://t.co/LTMGlqLnDG

•   The pitch clock remains a high priority for Rob Manfred, though he still wants to get the players on board before implementing it (next year).

•   Amazon must’ve had a significant back stock of Apple AirPods because they are still on the big sale right now. So heads up on that. I confess that I use mine every day. #ad

•   The Iowa Cubs won last night, including Ben Leeper getting right back to where he was last year:

Ben Leeper picking up right where he left off with the @IowaCubs last year.

Spins a scoreless eighth inning with a pair of strikeouts. Fastball 94-96 and the slider was wipeout, per usual.

•   Very happy to see that the Cubs did right by their minor leaguers this year:

BIG shoutout to the @Cubs for taking the new @MiLB housing guidelines and absolutely crushing it for us, allowing us to have a place that feels like home! @MiLBAdvocates #ItsDifferentHere pic.twitter.com/v3yMQdYNHU

•   This is a fun Opening Day throwback thread from MBD:

•   Avoid the comparisons for so many reasons, but I will admit that the visual is fun:

In general, we should not do this – Ohtani is a unicorn, and comparisons will always pale. That said, yeah, the image sure does have some visual similarities when you reverse Ohtani. https://t.co/ofoNKAOgn6 pic.twitter.com/opyWjw8JvF

The latest episode of 'Onto Waveland' is up and out, and is your season preview for the Cubs. What does "success" look like anyway? Me, @PJ_Mooney, and @sahadevsharma

•   Not sure he’s gonna still be there on the board at pick seven anymore:

•   Our friends at Obvious Shirts are opening their store today, north of Wrigley Field at Grace and Clark. Can’t wait to see it after the game today:

Our store opens in 12 hours. Hope to see you there. #OpeningDay pic.twitter.com/3dxh8uWO3e

Opening day for the @Cubs and for @obvious_shirts tomorrow!! I got the sneak peak and it did not disappoint. Corner of Grace and Clark go check it out! pic.twitter.com/T8WhanhzzO