Brewers Cry About Getting Hit By One Pitch, Benches Clear Skip to content 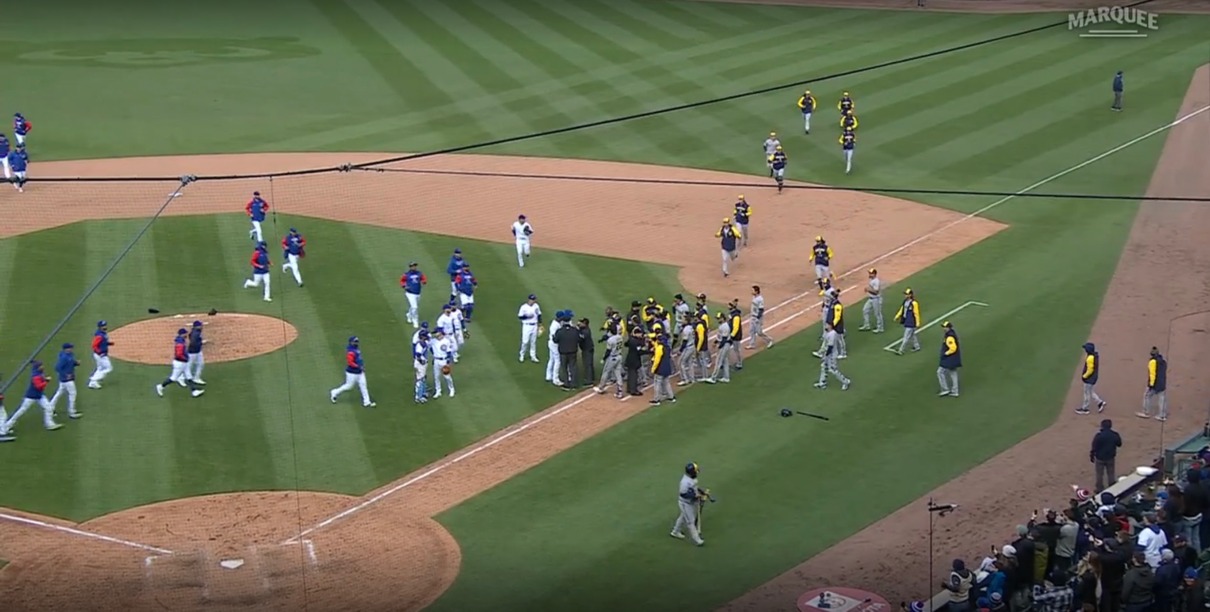 Andrew McCutchen just got plunked by Keegan Thompson. I won’t say it was intentional, and I won’t condone it if it was, but here’s the reality: the Brewers have hit the Cubs 27 times since 2020, the most by any team in baseball against any one other team. It’s ridiculous at this point. The latest just sent Ian Happ out of the game, and I hope he isn’t hurt.

So, yeah, Thompson hit McCutchen, and then the Brewers cried about it:

Thompson was tossed, which is totally reasonable since nothing ever happens to the Brewers, and it’s the team that retaliates that gets punished (my eyes are rolling if you can’t tell). (After the game, Thompson said he was simply working on his two-seamer and it got away from him, while McCutchen said he believes the Cubs were trying to hurt him.)

Again, I am not into beanball wars, and never have been. But the Brewers have done this FOR YEARS, making it part of their game to pitch so aggressively inside WITHOUT control – not caring if they hit Cubs batters – that it has to stop. It’s just unacceptable, so I’m sure as shit not going to complain about the Cubs trying any way possible to say enough is enough. Thompson is probably going to be suspended or some stupid shit and I’m gonna be very angry.

About as angry as Willson Contreras was. He’s most frequently the recipient of the Brewers’ “wildness,” so I understand why he was especially mad.

Another view of the scrum:

Field view of the benches clearing brouhaha at Wrigley.

Jason Heyward wasted no time getting to the front of the scrum from CF pic.twitter.com/rvu9JdOnkW