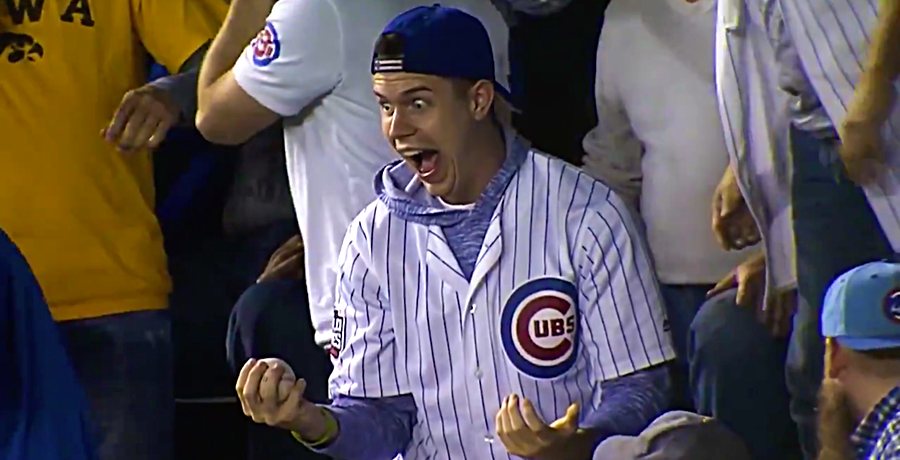 If a “hot start” was necessary for the last Cubs team to avoid a mid-season sell-off, it’s doubly true this year. Even with fewer brand-name players on expiring deals (i.e. obvious trade chips), the 2022 Chicago Cubs *definitely will* sell at the deadline if they’re not clearly in contention come July. And that’s probably the right decision, as not-quite-as-fun as it may be.

But, hey, they nearly swept the Brewers – and their three best starting pitchers – to open the season. And that made my homer-y Cubs brain start looking ahead at the schedule to see just how tough a “hot” first half would be. When I actually laid out all the games/series in one place, I started to realize that – at best – we’re probably in for an up-and-down first half.

Let’s take a quick look into the schedule through June.

Needless to say, the Cubs really should make some noise over these next two weeks if they want to craft any sort of surprisingly good narrative. Especially because …

Oof. Just oof. For as modest as the Cubs’ next 13 games are, the 14 that follow are TOUGH. Basically, the Cubs are scheduled to face four straight projected division winners. And their reward after getting through that slog? The Padres. Frankly, this stretch of 14 games makes that earlier stretch of 13 games even more important. If the Cubs don’t dominate over the next two weeks, their season may be over by the time they get through these subsequent two weeks.

I seriously can’t remember a schedule yo-yoing so much. After an absolutely brutal stretch against the projected division winners, the Cubs then get 10 straight games against bottom feeders (D-Backs and Pirates) and four games in Cincinnati (where they love hitting) against the expectedly bad Reds. In terms of relief from the stretch prior, it doesn’t get any sweeter than this. If the Cubs are able to make it through that gauntlet with a winning record – or even something within a baseball’s throw of a winning record – they may be able to stack some wins through the end of May.

Starting at the end of May and running through June, the Chicago Cubs will play 33 games in 34 days, including an 11-game stretch over 9(!) days against the White Sox, Brewers and Cardinals to kick things off. That is going to be NUTS.

There is a mix of stars (White Sox, Brewers, Yankees, Braves), scrubs (Orioles, Pirates, Reds), and in-betweens (Padres/Cardinals) on the calendar, so the Cubs will have a shot to stay in it. And I do like that 19 of the games are at home, with no West Coast travel, and East Coast travel buttressed by off-days. But still, this month will more or less define the Cubs season, if it hasn’t already been done by then. Come the end of June, we’re very likely to know which way the trade winds are blowing.

It’s just a very odd schedule all around. I can’t wait to see how the Cubs respond.