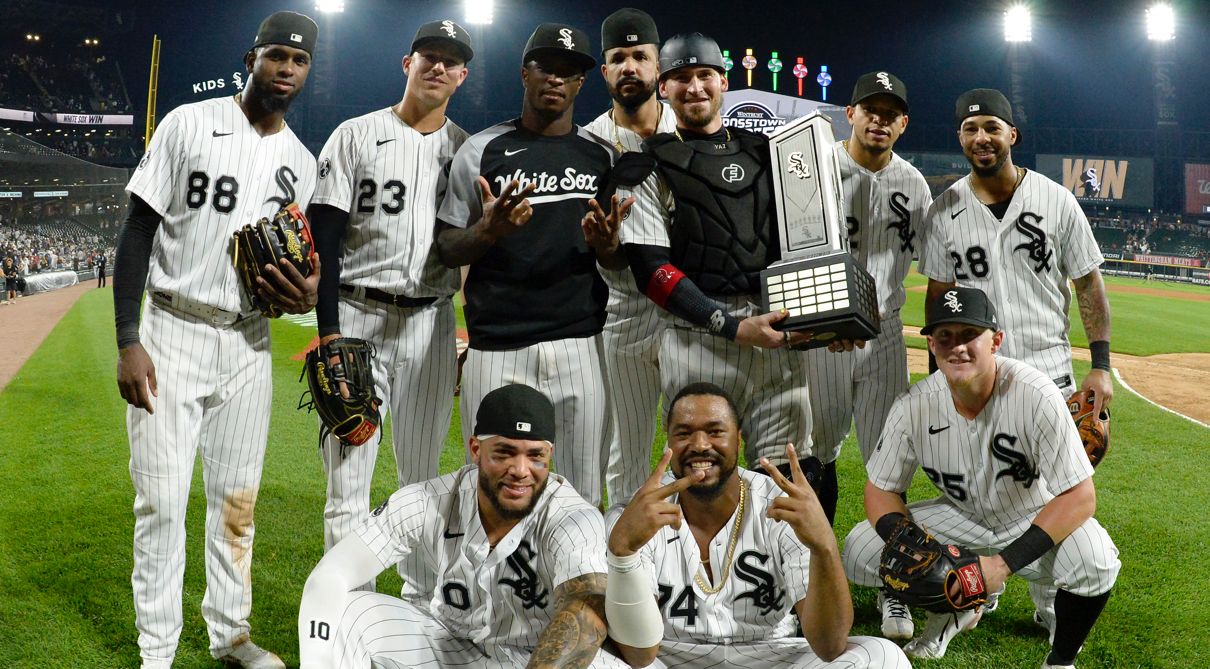 I finally saw ‘The Batman,’ and it was good. I like how it just plops you right down in the middle of the world, with no need for backstory or setup. In that world, Batman has been doing his thing for a couple years, everyone basically knows him around the city, so let’s just go. The story was fine. The mood was interesting. Pattinson was surprisingly good as Batman (quite a different take on Bruce Wayne, but whatever, it was at least interesting). Overall, the movie was not quite as good as the Nolan flicks, IMO, but solid. Worth the time to watch for me, at a minimum.

•   We have already reached the third day of May and the Chicago Cubs still haven’t lost a game this month. Incredible.

•   No trades around baseball yesterday as rosters were cut down, just a flurry of options and DFAs, the latter of which will lead to a lot of waiver activity over the next week. I didn’t see anyone who immediately leapt out at me as a waiver grab for the Cubs, so there may not be any of those fringe opportunities in the week ahead.

•   The Cubs and White Sox kick off the Crosstown Cup Classic Thing tonight at Wrigley Field, and they do so with identical 9-13 records. That’s pretty crazy considering the discourse around each team, but it’s actually not that crazy when you think about the many White Sox injuries, the probably-not-adding-wins White Sox manager, and the vagaries of early-season standings checks. That is all to say, no, I don’t think the 2022 Cubs are on-paper as good as the 2022 White Sox. But I do think the 2022 Cubs can win a couple games against the 2022 White Sox this week, and that would be swell. GOTTA TAKE BACK THE CUP OR SOMETHING! (They’ll have to face Michael Kopech and Lucas Giolito this week, though.)

•   The combination of the ball change (MLB started de-juicing it last year, and has now deployed those deadened balls across baseball this year) and the humidors in every park seem to be having the “desired” effect of reducing batted ball distance, but I keep seeing a lot of people griping generically about offense being down this year. I feel like that’s really missing the point. Most of the *overall* offensive suppression is part of the much longer trend of pitchers just getting better and better faster than hitters have gotten better. That, in turn, exacerbated three-true-outcome baseball, which is not the most entertaining version of the sport (more balls in play is better, in my opinion). The best solution, then, was NOT to have a juicy ball that INCREASED homers and INCENTIVIZED EVEN MORE three-true-outcome baseball. Instead, the solution is to try to change player behavior (and front office player selection/development) in the long run. So de-juicing the ball – and what’s happening to batted ball distance this year – is probably a GOOD thing longer-term.

•   Heck, just look at this statement:

Jeff McNeil said that he stopped trying to hit for power because of a ball he thought for sure was going to be 5-10 rows deep in the stands for a home run in Arizona earlier this season.

•   I suspect MLB’s response to that would be, “Yeah, good, that’s what we want! Trying to hit for power at the exclusion of contact was kind of a problem for us!” Note that McNeil is hitting .361/.418/.528 this year with the lowest strikeout rate since he was a rookie.

•   The video came out after the latest Cubs Prospect Notes went up, so it wasn’t in there – but I’m sure you’ll want to see it, regardless of post:

•   That is NOT a cheapie right there for Cristian Hernández. Sloan’s outfield is the same shape as Wrigley Field, though deeper across the board (to account for the ball traveling better in Arizona). Even if we don’t give him credit for that extra distance, you can still approximate where that ball would’ve landed up in the left center bleachers at Wrigley, and it would be in the 400-foot range. For an 18-year-old shortstop prospect, that’s a SHOT. Also, man does he have a beautiful swing.

•   Another prospect item that just dropped – Cole Roederer is back:

Our transactions before today’s game:

OF Cole Roederer and LHP Bryan King added to the roster. #MBPelicans pic.twitter.com/0xPbo9d03w

•   It’s been a long road to return from Tommy John surgery for the Cubs outfield prospect who was drafted in the second round in 2018 (after Brennen Davis). Can’t wait to see how his development and progress goes this year now that he’s back on the field. (Tough initial offensive environment for a lefty bat, though!)

•   Congrats to Ian Happ and his new fiancée:

•   An update to the Atlantic League starting debut of Kelsie Whitmore, and an emphasis on why it is so important:

"It's an honor to be able to be recognized by those younger girls to be someone that they can look up to."

Kelsie Whitmore became the first woman to to start an Atlantic League game on Sunday, and she stopped by #MLBTonight to discuss her debut!@FerryHawks pic.twitter.com/N6MH7EM3QZ

•   Electric toothbrushes, bug zappers (don’t mix those two up), and Burt’s Bees stuff are all among the Deals of the Day today at Amazon. #ad

•   I don’t think this is Joey Votto saying he’s hanging ’em up after this year, by the way – he’s just got this kind of jokey tone on Twitter, sharing an article about how bad he’s been, and quipping that it’s all over for him:

Too soon to start spitballing David Robertson trades? New episode of “Onto Waveland” with @sahadevsharma, @Brett_A_Taylor and @MBeller on the April that may have confirmed the Cubs are who we thought they were.