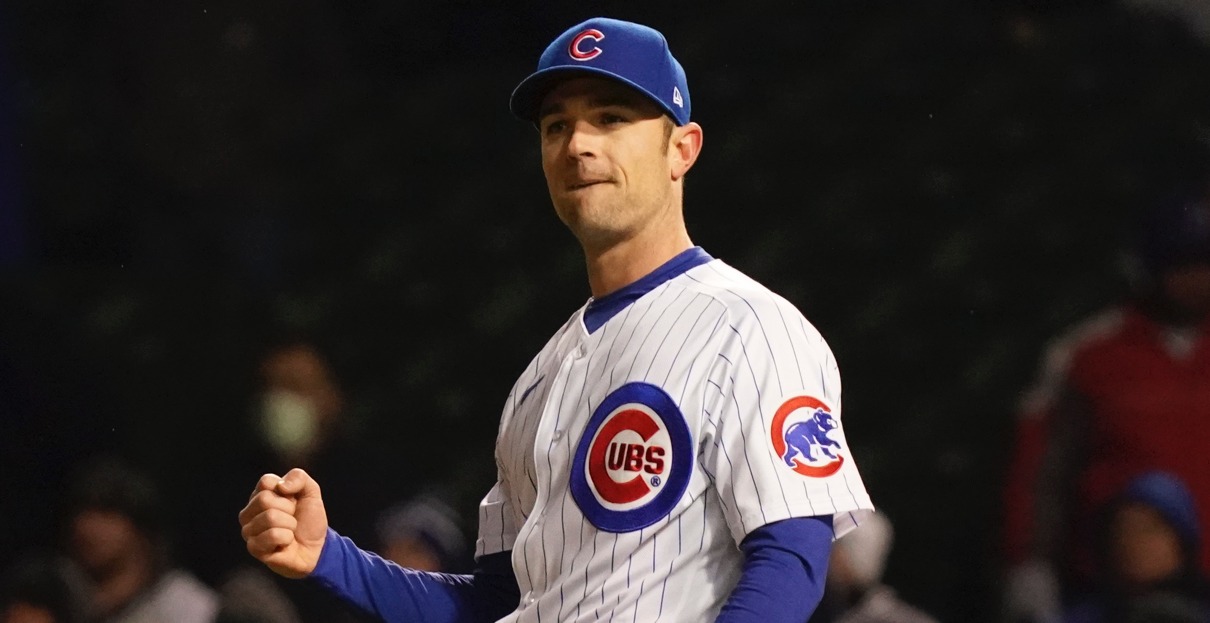 Not a lot is going right for the Cubs this season, but that decidedly does not include the bullpen. They have been good.

The Cubs front office has put together another quality group of unsuspecting relievers, anchored by long-man Keegan Thompson at the front and closer David Robertson at the rear. Thompson has drawn most of our attention for his multi-inning heroics this season, but Robertson has been equally impressive as the 9th inning guy.

Across his 10 outings (11.0 IP), Robertson has yet to allow a single earned run. He’s also struck out 16 batters (41.0 K%) while walking 5 and keeping opposing hitters to just a .029 average (earned largely on more than his fair share of ground balls and weak contact). Oh, and he’s also 5-5 in save opportunities (11th most in MLB), though we wish there were more chances for him to make an impact in that respect.

No matter which way you slice it, Robertson, who signed with the Cubs for $3.5M in mid-March, has been a wild success so far — especially at his age and not far removed from Tommy John surgery.

But there’s a little more fun to his story, unearthed by Tony Andracki at Marquee. If you remember back to spring training, you’ll recall not seeing Robertson until less than a week before the season. He made his first Cactus League start on April 1 and his second/final three days later. That was it. He became the Cubs dominant closer just three days later.

At the time, we suspected that his absence was due – in part – to some gamesmanship by the Cubs, who didn’t want to fully reveal the gem they had uncovered over the winter. But it turns out it was also because of the birth of his third son right at the beginning of Spring Training.

Robertson flew home to be with his family was therefore behind schedule right from the jump. Or, at least, he would’ve been if one of his neighbors, a “dad from down the street” and Robertson’s general contractor, didn’t step up and catch for him in their down time.

And before you ask, no, that friend, Brian Hughes, never played baseball. He’s just a dude. A dude that played some high school hockey and wanted to prove that hockey players are as tough as anyone out there.

This pairing actually began last year, when Robertson was recovering from Tommy John surgery and trying to build up his arm strength.

“We’d go out to the field and he’d feel me out and I could feel him kinda testing me. And then so when he came back this year, he’s in like full form. It’s definitely different.”

If you have any current or former hockey players in your life, you’re going to be VERY familiar with the following attitude. Those dudes are a different breed:

Hughes is actually a lefty, so the action on a lot of Robertson’s pitches created a bit of an awkward angle for him. But he wasn’t concerned for his safety.

“Nah, let him hit me, man,” Hughes said. “I grew up playing hockey, are you kidding me? I love to prove to him that hockey players are superior athletes.

“We got a big league reliever throwing at a high school hockey player and we had no problem catching the ball. I don’t know why it’s so hard for these guys to hit that,” Hughes added, laughing.

That’s just so classic hockey players (and there’s much more on this and Robertson’s season at Marquee). Please check out the full story, it’s very much worth your time.

But if that wasn’t enough of a reason to love one of the Cubs newest and best relievers, let me also point you towards his recent interview at 670 The Score. There, Robertson revealed that he grabbed one of those throwback jerseys Chris Sale famously cut up with some scissors just before his start, stashed it in his locker, and had Sale autograph it later on.

… I knew later on in the year, there would be the right opportunity and chance to ask Chris for an autograph and maybe some choice words on the back of my jersey.”

Sale was happy to oblige.

“So that’s what I did,” Robertson said. “I hung around until the last week (of the season) and just kind of snuck it back out and got Chris to autograph it and put some choice words on it for me. And now it’s up in my house. It’s a great little keepsake to have. It’s a good little story to tell people.”

Robertson said he could not repeat Sale’s inscription on live radio. But I think we can take some guesses.