You Weren't Dreaming, That Really Was One of the Best Starts of Kyle Hendricks' Entire Career Skip to content 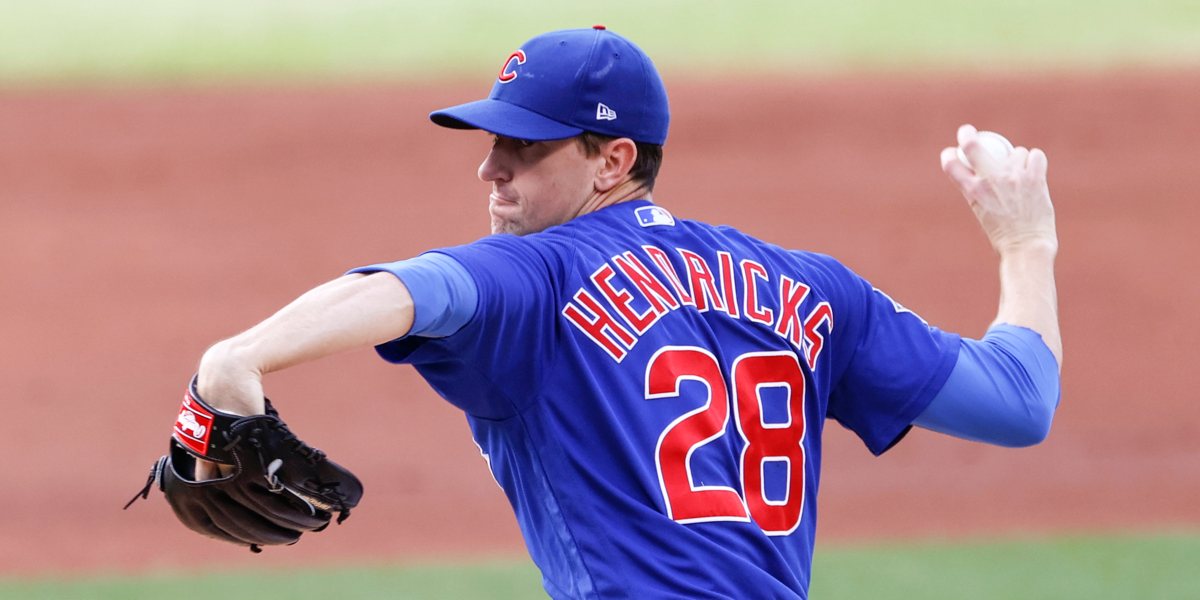 I had about as much fun watching the Cubs last night as I have all season. And the no. 1 reason was Kyle Hendricks’ complete and utter domination of a very potent Padres lineup. In case you it (it was a late one, so you’re excused this one time), The Professor came just one out short of a complete game shutout in San Diego: 8.2 IP, 3H, 0ER, 1BB, 7Ks.

By Game Score (89), that was Hendricks best start since September of 2020 and it was tied for the third best start of his ENTIRE CAREER.

A master class by the Professor. 👏 pic.twitter.com/AHqiXXWgSC

For any lingering complaints about pulling Hendricks with two outs in the 9th, Hendricks said he already talked Ross into letting him back out there for the ninth and started feeling fatigued around that 9th inning walk. He knew it was time to get out of there, and let’s be honest: Ross gave him 116 pitches. That NEVER happens anymore. He got a shot to close it out, but came up just short. It was the right call. And it takes absolutely NOTHING away from his performance.

But I’m not just thrilled about his performance in a vacuum, or even that he ended the Cubs five-game losing streak. Instead, I’m focused on how Hendricks looked and felt throughout the game and how different it was than anything else he’s done this season. Aside from a strong performance against the Pirates (who don’t exactly have a formidable lineup), Hendricks hasn’t looked that good in a while.

So what was working for him last night? Well in his words, it was all about the fastball: “Kinda building off last start, I made a lot of good pitches, especially with my fastball command. That’s where it all started today. Fastball command felt really good. I established my heater down in the zone. There were a couple hard-hit balls, but they were on [pitches] that were down, not up over the middle of the plate where I’ve been getting hurt. Changeup played off it, went in when we needed to.”

Quickly, to that last point:

Speeding up the bat, slowing down. 🖼️ pic.twitter.com/h7SPekP6Qx

Before the season, Hendricks was zeroed in on his fastball command down in the zone, identifying that lack of command down as his kryptonite last season. But last night (by the eye test and a quick peak at the data), it’s clear Hendricks was able to get that fastball down, which, again, sets up all his other pitches for outs. But even setting that aside, I was equally impressed by some of his elevated heaters and overall velocity. Up until the end of the ninth inning, Hendricks was still hurling it at 88 MPH up in the zone (which is pretty much as good as he gets when he’s fresh).

That’s what I was talking about when I said he looked (and presumably felt) as good as he has all year.

According to Statcast, Hendricks got 16 called strikes and 4 whiffs on his fastballs, which is just excellent and a huge reason his changeup netted an impressive 10 whiffs on just 25 offerings (40%).

But it’s not like Hendricks abandoned the contact game, either. There were just three balls hit over 100 MPH, but one was a groundout, another was a double play, and the third was a single. And all told, Hendriks netted nine groundouts and four pop outs on the evening, which is just always going to play. Moreover, not a single ball was barreled and his 83.4 MPH average exit velocity was his best mark all season.

I’d like to say that was the vintage Kyle Hendricks experience, but as we’ve discussed, it was actually about as good as he’s ever been. And to do that on the road against a good team with great velocity DEEP into the ballgame? Well, it’s just hard to come away unimpressed. The hope now is that he can carry this success forward and return to the consistent, top-end starting pitcher he’s been for most of his career.