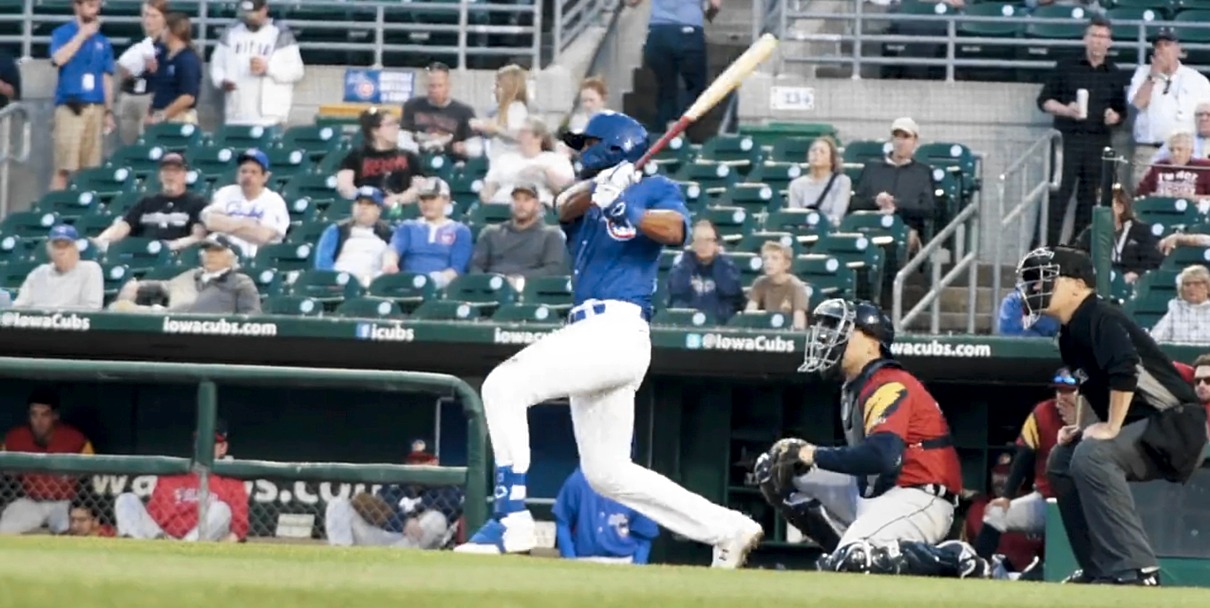 The big league Cubs’ injury issues have clearly infected the minor leagues. I kid. Mostly. To hide the pain.

Having already been out for more than a week with a lower-back issue, it seemed pretty likely that top Cubs prospect Brennen Davis would be hitting the Injured List sooner rather than later. In the minor leagues, the IL is just a seven-day minimum, so it’s used pretty liberally at any time when a roster spot is needed.

To that point, I wouldn’t necessarily freak out about Davis now going on the IL:

The Iowa Cubs have placed Brennen Davis on the injured list with lower back discomfort. Davis, who hadn’t played since May 3, had been day-to-day with lower back tightness.

Cubs top prospect OF Brennen Davis is on the Minor League IL. Hasn’t played since May 3. Per a source, he is dealing with a back issue. Davis’ timetable for return is TBD for now.

You’re just not going to get a detailed report on a minor league player’s injury situation until and unless there is something major or definitive. Back issues are notoriously finicky and unpredictable, so it makes some sense that what started out as just a day-to-day rest situation has dragged on (even if it really sucks). All you can hope is that it isn’t anything major or structural, and this is simply Davis’s introduction into having to get past a mild lower-back injury and then learn how to manage it in the baseball context for the years ahead (lots of guys go through this).

Davis, 22, started out very slowly at Triple-A Iowa this year (.195/.286/.299, 34.1% K rate, 60 wRC+), and while this injury situation provides a reset opportunity, you don’t want it to be a longer-term thing, obviously. The more time he misses, the less likely it becomes that he could realistically join the big league team in the second half.

Developmentally speaking (and fun fandom speaking), you really wanted him to show out in the first half at Iowa, and then come up at some point for August/September. That would allow him to see what he needs to work on before the offseason, and would allow the Cubs to evaluate him against big league pitching for 2023 planning purposes. That whole plan may now have been thrown for a loop.

I guess we’ll see if and when there are updates, but this might be more than a continued day-to-day thing. The Cubs might decide to just really shut him down for a while and then build back up.

UPDATE: Davis’s manager at Iowa suggests it was something Davis started feeling in Spring Training and he’s been trying to manage it and play through it as best he could:

Brennen Davis, the top-ranked prospect in the Cubs system, was placed on the injured list Thursday.

There is no timetable for his return. https://t.co/bFBppyUoeY

That definitely suggests a longer-term shutdown has arrived, and also might explain why it’s been such a rough go this year.