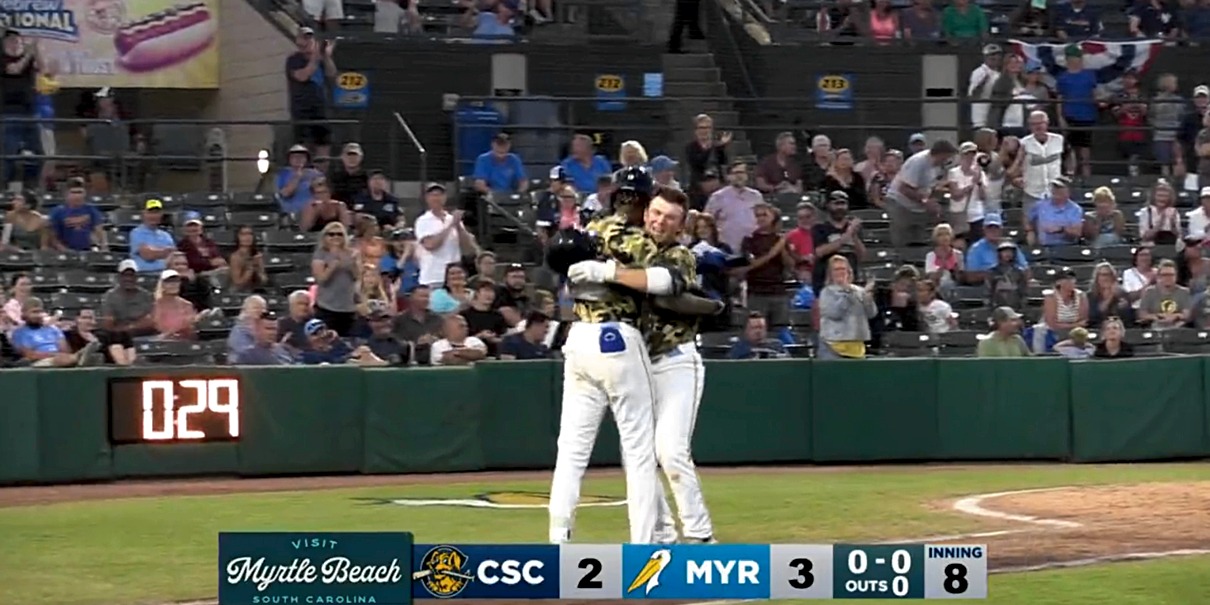 Chicago Cubs infield prospect James Triantos forced his way into top ten prospect discussions last year with an absurd debut in the Arizona Complex League. The young second round pick was almost instantly seen as a guy who should’ve gone in the first round, and his first crack at a full-season league in 2022 was long-awaited.

The 19-year-old had a tough first 10 days, as you might expect, and he’s done nothing but rake since then. Including, tonight, his first home run of the season:

First homer of the season for @JamesTriantos and the Birds take the lead! pic.twitter.com/tL2fP0Eg7C

How on earth he got in on that one enough to barrel it while somehow keeping it fair, I have no idea. The pitcher probably thought he executed a really good pitch. Sorry, dude.