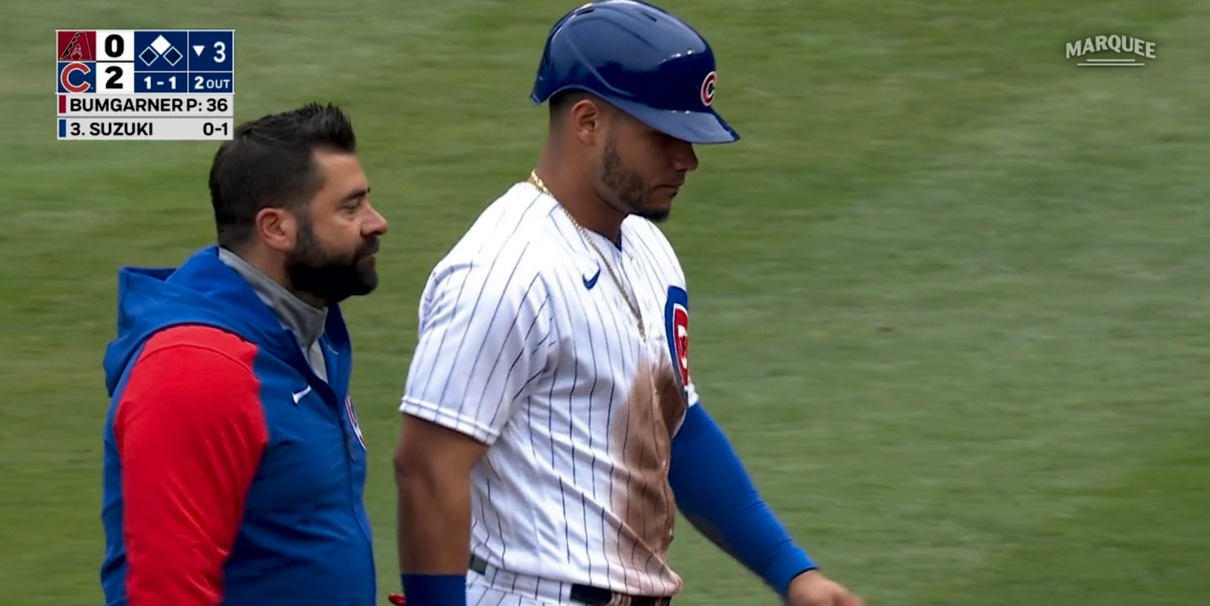 Willson Contreras just pulled himself out of the game after running to third base on a foul ball up the line at third. He was trying to get a good jump to, in theory, score on the grounder, but when he pulled up at third on the foul call, he spoke to Willie Harris, kinda touched the back of his right leg, and ultimately left with the trainer.

You can get worried about the hamstring, and reasonably so, but hopefully this was a situation where Contreras, who has suffered a major hamstring injury before, felt a LITTLE something, and tried to get ahead of it. Pull yourself now when you feel a little something and don’t risk a major tear.

Contreras was at DH, so Rafael Ortega took over his spot on base and in the lineup. Easy enough in that respect, but obviously the substantial concern is that’s one of the Cubs’ best bats, one of the best catchers in the league, and a guy the Cubs are counting on this year for so many reasons (results and, let’s be honest, possible trade).

We’ll update when there’s more information, but if it is indeed the hammy, you can expect Contreras to miss time. Even a mild strain is a multi-week thing, and the Cubs may have to bring up P.J. Higgins to back up Yan Gomes in the weeks ahead. Higgins, 29, is not on the 40-man roster, but is hitting a ridiculous .417/.500/.569 at Iowa right now.

UPDATE: The Cubs have confirmed it was the right hamstring, but it is being described – for now – as hamstring “tightness.” I expect it’s gonna be one of those situations where he’ll get treatment now, and the Cubs will see how things feel after he sleeps. That next day is often when you know whether it’s gonna require an MRI, or if it’s merely one that is going to require some extra days off before you try anything.