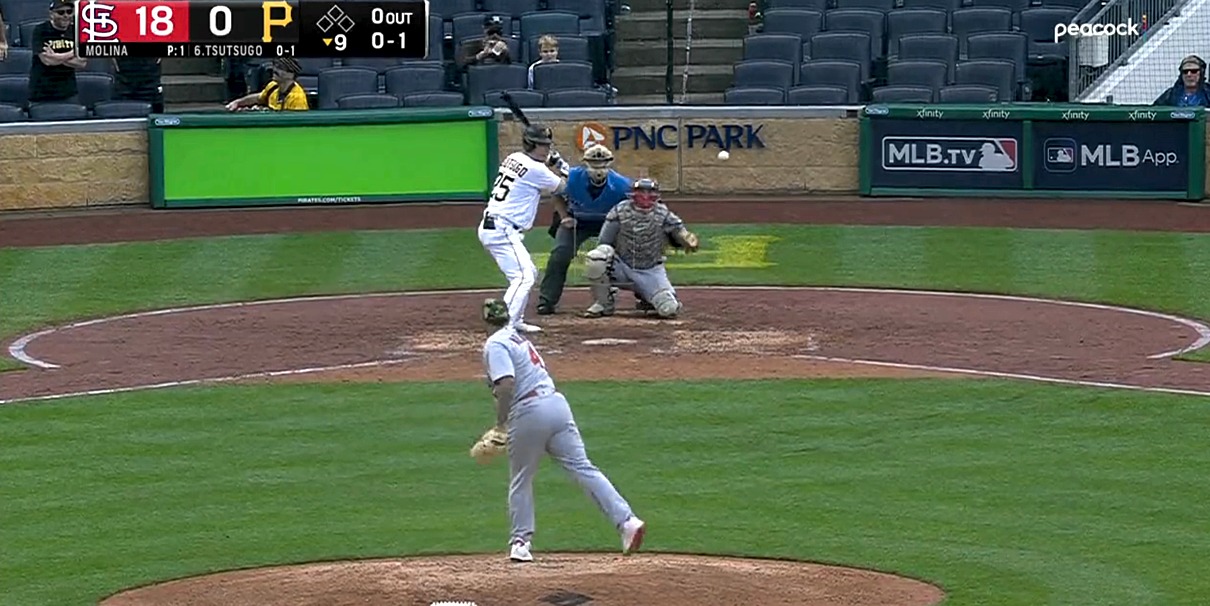 Last weekend, it was Albert Pujols pitching for the first time in his career (and getting crushed), and today it’s his teammate, Yadi Molina. I’m sure it was a fun moment for Cardinals fans and all that.

Naturally, only the warm-up was sent out by the Cardinals as a clip, because Molina had a rouggghhhh go of it in his pitching debut: 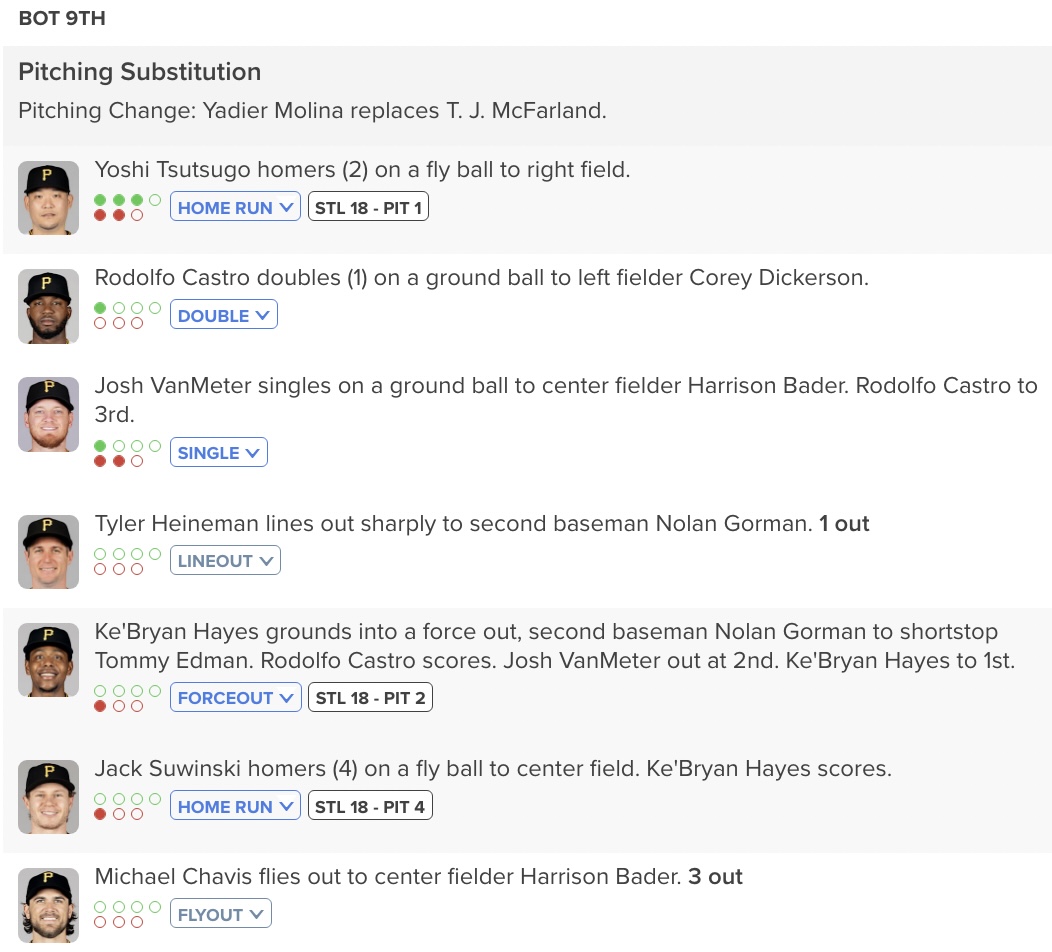 Like Pujols before him, Molina gave up four runs, including two homers, in his pitching performance. Pretty dubious for a guy considered by many to be a “first ballot” Hall of Famer. I’m not sure how he’s going to overcome this blot on his career – a 36.00 ERA doesn’t fade from memory easily. I think it’s fair to question now whether Molina is a Hall of Famer at all.

Perhaps later in the year, Molina will get a shot at redemption, but he’d have to pitch 8+ shutout innings to get that ERA down to a respectable level. I have to be honest. I’m not sure he’s going to get there.