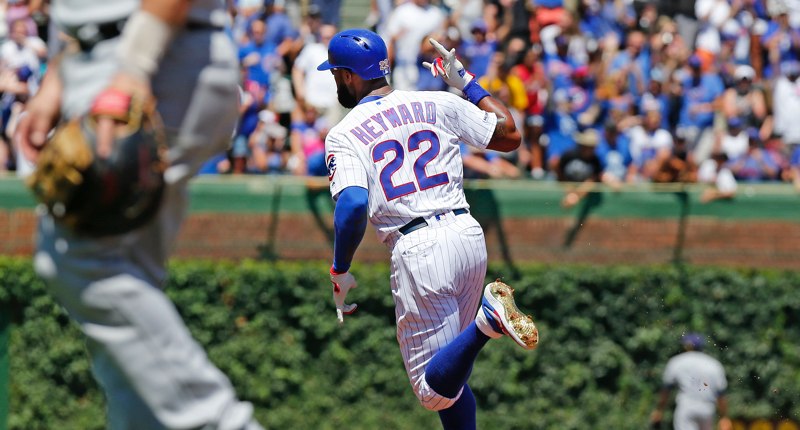 The Chicago Cubs announced a FLURRY of roster moves before tonight’s game against the Milwaukee Brewers.

So, as expected, Drew Smyly’s oblique injury is an IL stint variety. That was basically a lock, and really all you can hope at this point is that he returns for most of July (ditto Wade Miley and his shoulder). Michael Rucker (turf toe) is activated to take his spot among the pitchers (albeit in the bullpen), while Matt Swarmer will stay in the rotation.

Jason Heyward returns from the COVID IL, which required the Cubs to open up an active roster spot AND a 40-man roster spot. Nelson Velazquez returns to Iowa to open up the former, and the Cubs do some roster maneuvering to open up the latter – by “calling up” Manny Rodriguez, he now gets big league pay and service time (good for him!), but the Cubs get to take him temporarily off the 40-man roster via the 60-day IL. Good use of money.

As for the outfield component … I actually don’t have a HUGE problem in this moment with Velazquez going back to Iowa, because he was unlikely to be starting every day anyway, and Seiya Suzuki will be back soon. Velazquez, remember, has almost no experience at Triple-A yet. That’s actually probably his appropriate developmental level right now, where he needs to be starting every day.

What I *will* have a problem with is if Heyward continues to draw starts at the expense of guys like Christopher Morel, Clint Frazier, or even Rafael Ortega (who might actually have trade value). Heyward is starting tonight, so I’m already feeling chapped.

And this is to say nothing of the 40-man spot he currently occupies, and when other guys are ready to return (David Bote? Alec Mills?), I’ll be chapped again if other players are cut for those returns.