Although the slow increase in interleague games over the last decade+ has made these sort of matchups more common than they were when we were growing up, I still get geeked about some Cubs-Yankees action. It’s fun to see two historic teams meet up on foreign ground, even if one is the best in baseball and the other is fighting not to be the worst.

So, yes, I am excited about watching the Cubs head to New York to take on the mighty Yankees, especially because it’ll be a reunion with Anthony Rizzo.

Setting that aside, the Cubs schedule has been truly absurd lately. After a stretch in which they played 11 games in 9 days with FOUR going into extra innings, the Cubs have now played one game since Sunday. That has thrown their pitching staff for a loop, though we do know Wade Miley is coming off the IL for his first start tonight and Matt Swarmer is going to test his two-pitch mix against one of the toughest teams in baseball on Saturday.

With all of that said, the Cubs don’t have another scheduled day-off until June 27, which is 17 straight games, including 10-straight to start against the Yankees, Padres, and Braves. Ouch. Hold on tight, everybody. This ride is about to get bumpy.

The Chicago Cubs (23-33) are ten games under .500 and have lost three in a row. They’re tied for the 5th worst record in MLB and their season is toast.

Christopher Morel’s on-base streak lives at 21 games, so that’ll be our first exciting thing to track this weekend. But note, after a little “slump” there in the middle, where he was managing just one hit or one walk per game to keep the streak alive, Morel has busted back out over his last six-game hitting streak: 10 total hits, half of which went for extra bases, and a walk.

There’s going to be some LOUD contact this weekend:

Four of the top-10 hard-contact hitters will be playing at Yankee Stadium this weekend.

Speaking of Rizzo, he definitely cooled way off there for a minute, but he does have three homers in his last six games and 14 overall. And I don’t think a .197 BABIP is necessarily sustainable with as much hard contact and launch angle as he’s delivering. I think he’s probably swinging it just fine at the moment and just hasn’t gotten a ton of results. 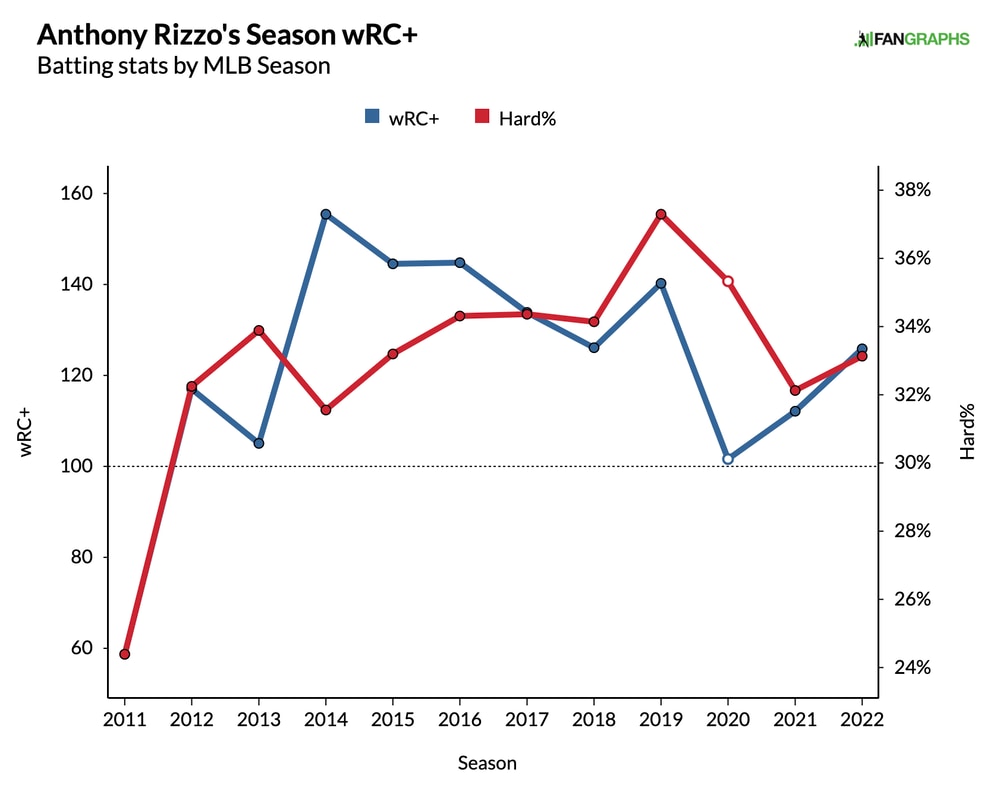